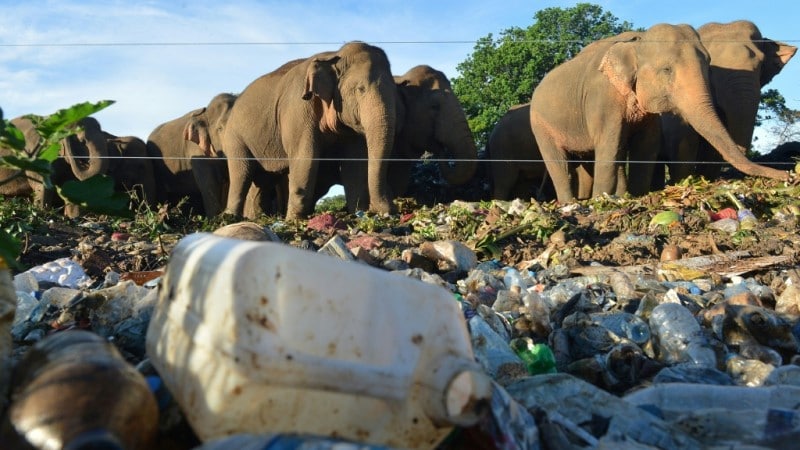 Plastic in Sri Lankan landfills is a major killer of elephants

Plastic in Sri Lankan landfills is a major killer of elephants, with autopsies showing large quantities of it in the stomachs of animals who died in agony after rummaging at dumps.

The Department of Wildlife Conservation said the number of open tips had been cut to 15 from 54 since 2017, but that the problem persisted at nine sites.

“Initial work has already begun at two dumps in the Ampara district and we hope to complete the work by early next year,” the department said.

A source told AFP that the slanting trenches would be six feet (1.8 meters) deep.

Sri Lanka’s elephant population has declined to about 7,000 according to the latest census, down from 12,000 in the early 1900s.

Most are shot dead or poisoned by farmers trying to keep them off their land, but large numbers also die from consuming plastic rubbish.

Authorities announced legislation to ban the import of most plastic products in August. A separate ban on single-use plastics comes into effect from January.

Sri Lanka has since 2017 outlawed the manufacture or import of non-biodegradable plastic used for wrapping food and shopping bags.

President Gotabaya Rajapaksa has given wildlife officials until mid-2022 to implement a plan to reduce human-elephant conflict that has claimed the lives of more than 600 elephants and nearly 200 people in the past two years.