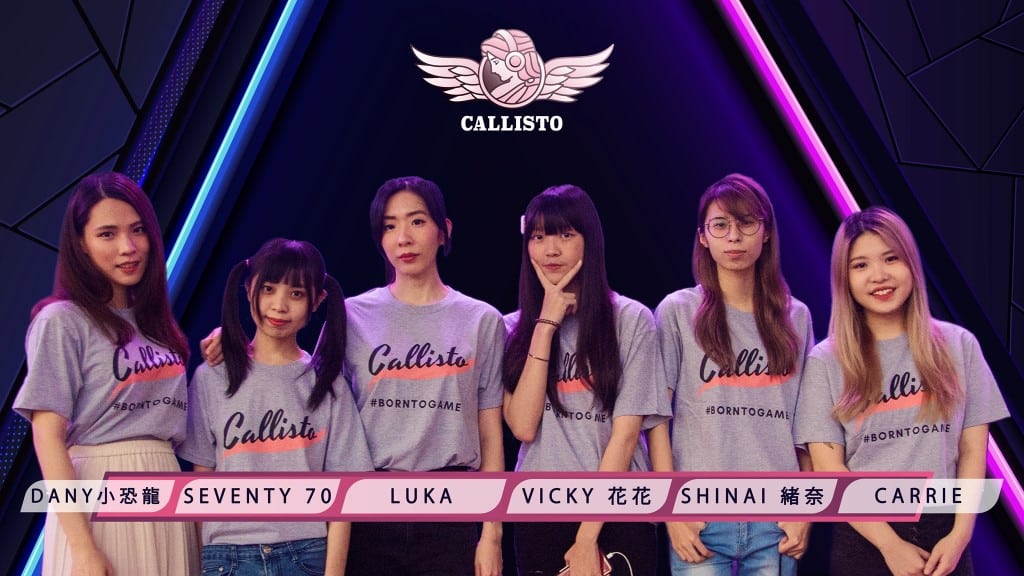 Women surely get things done. Callisto Gaming recently announced that is has garnered $500,000 in funding and wishes to close the seed round soon. Watch out for the rise of talented women gamers.

Women eSports organization Callisto Gaming recently raised $500,000 funding to help them establish their footing in Southeast Asia within the next few months. The remarkable organization is bound to scout for more eSports players around the world and develop a talented team of gamers who love streaming and want to have a career on social media and content creation.

In April this year, the organization was granted capital by its founders and angel investors to do a soft launch in Taiwan. Their pilot program which launched half a year ago garnered more than 500,000 followings on its social media channels, as well as the player’s fan base.

The company is now trying to secure more investments so they can finalize their seed round. Callisto has also partnered with CatWalk, an international modeling agency, and J-Team, Mandopop King Jay Chou’s eSports Team.

Next year, the organization wants to complete its pilot program and launch in Singapore to focus more on their target market. Callisto is also seeking more sponsorships and long-term partnerships with businesses in the region. The women’s eSports team is confident that women gamers will soon be represented and will be able to compete internationally.

“By providing women gamers a safe space with increased opportunities to excel in what they love (gaming), we wish to encourage more women to see professional gaming as a viable route to take and also to build up an international supportive community of women gamers,” said Callisto CEO Min Ying.

The creation of Callisto comes at a perfect time when eSports is considered booming in many Asian nations such as Malaysia, Indonesia, and Singapore. This year, eSports was even recognized for the first time during the Southeast Asian Games of SEA Games held in the Philippines.

In Indonesia, a game character named “GIA” was recently introduced in the mobile game Lokapala: Saga of The Six Realms. According to Garuda Indonesia CEO Ari Askara, this move is expected to garner more interest in gaming and will make the country’s scene more internationally competitive.