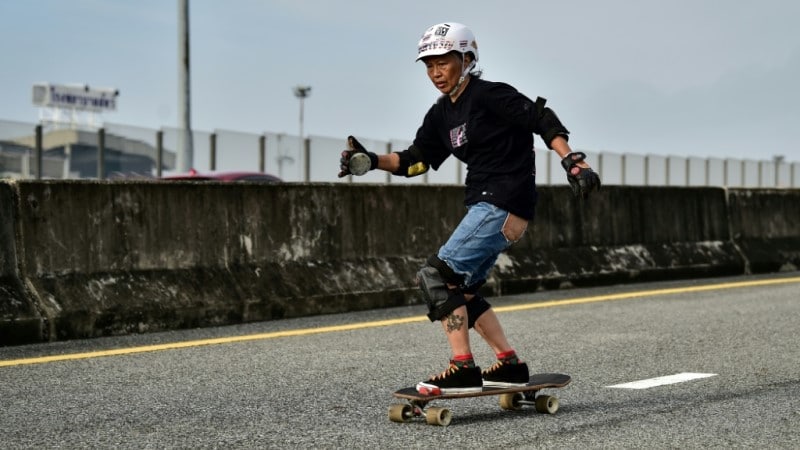 Nongluck Chairuettichai, 63, says taking up the longboard in Bangkok set her on the road to recovery from breast cancer

Cruising on an empty Bangkok highway, 63-year-old Nongluck Chairuettichai — the oldest member of Thailand’s longboard national team — says taking up the sport set her on the road to recovery from breast cancer.

Diagnosed a decade ago, Nongluck — who goes by the nickname Jeab — had surgery and chemotherapy, her body withering to skin and bones.

“But when you skate every day, you can feel your body becoming stronger and healthier… it helped with recovery tremendously,” Jeab tells AFP, as she straps on her knee and elbow pads.

“Most importantly, it’s fun,” she grins. 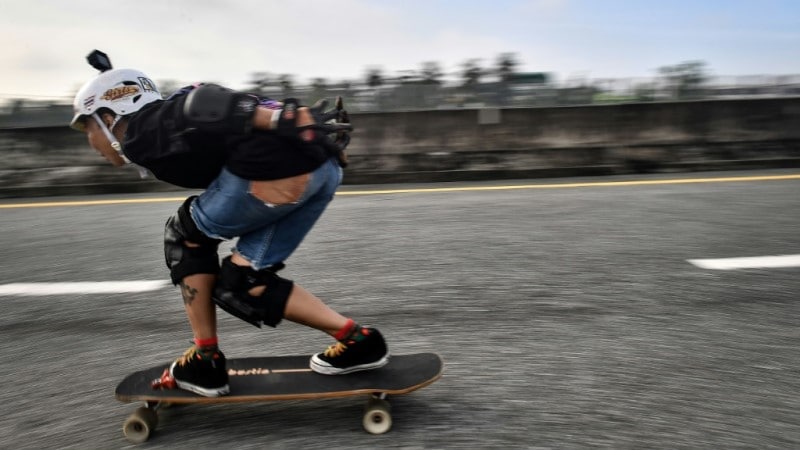 Jeab first picked up a board out of curiosity, after watching her son Soteera whirl around the park.

While most novices initially tremble on the wooden plank, Jeab’s good balance helped her push off with confidence.

“She’s always been the adventurous type, so I was not surprised at all that she wanted to longboard,” her 37-year-old son says.

The mother of two says she became “addicted” to the sport, which is typically dominated by teenage boys.

She quickly became known in the capital’s small longboarding community and was competing in tournaments within months.

“She is an inspiration to a lot of people, especially girls,” team director Apichat Rutnin tells AFP.

“Now you can see more girls, from youth to adults, have started to be involved in board sports.” 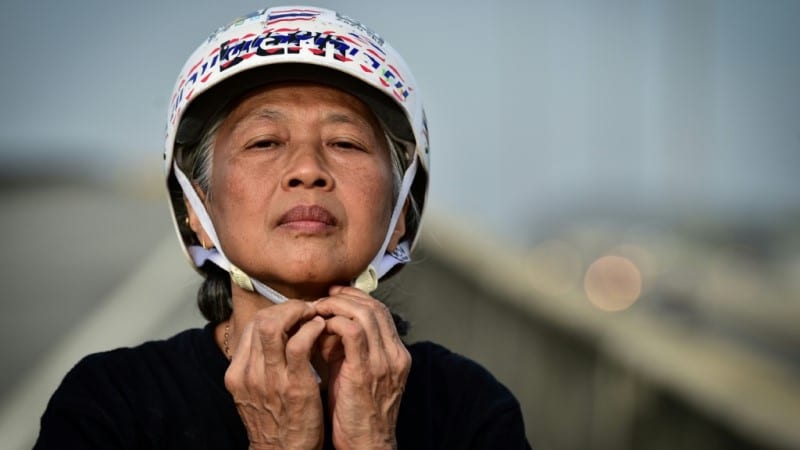 Nongluck Chairuettichai first picked up a board out of curiosity, after watching her son whirl around a park in Bangkok

Don’t Wait to be Cool

Every day Jaeb searches for new skate spots around Bangkok — a traffic-clogged metropolis with limited terrain for board sports.

On a closed section between two freeways, she and her son stretch before strapping on safety gear.

She tucks into a half-crouch on her board, rendering her body more streamlined to whizz faster downhill.

“When I’m cruising, I feel free,” she says, as she shows off a tattoo on her forearm that roughly translates as “Longboard lover”.

“It feels like I am leaving everything behind, all the troubles and the conflicts in life.” 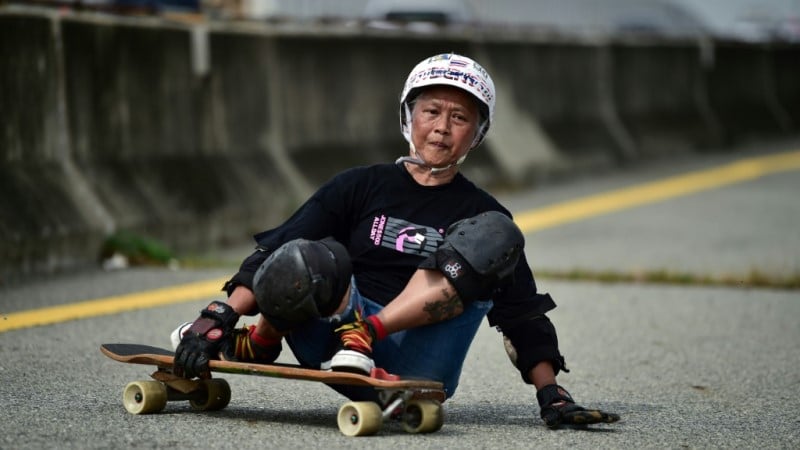 At first, many other skateboarders, and even her friends, tried to discourage her from pursuing the sport but she continued until she won acceptance.

Only her family was supportive.

Soteera says watching his mother battle cancer made him realize how strong she is.

“I’m worried about her because she’s old, but being too worried until she cannot do anything is not a good way to care for someone,” he tells AFP.

“She has to live her life.”

Today, Jeab appears to follow the philosophy tattooed on her calf: “Don’t wait to be cool.”

Rocking trendy owlish frames, she hikes up the highway for another spin downhill.

At tournaments, she does not focus on breaking speed records — the goal is peace of mind.

“I skate for my happiness,” Jeab says. That’s all and that’s enough.”