Humans Try to Take Back Thai City from Fearless Monkeys 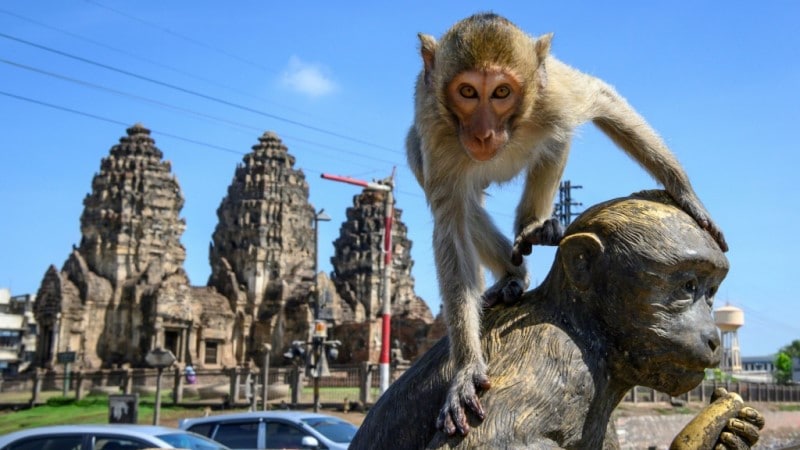 Residents barricaded indoors, rival gang fights and no-go zones for humans. Welcome to Lopburi, an ancient Thai city overrun by monkeys super-charged on junk food, whose population is growing out of control.

Pointing to the overhead netting covering her terrace, Kuljira Taechawattanawanna bemoans the monkey menace across the heart of the 13th-century city in the central province of the same name.

“We live in a cage but the monkeys live outside,” she tells AFP.

“Their excrement is everywhere, the smell is unbearable especially when it rains.”

The fearless primates rule the streets around the Prang Sam Yod temple in the center of Lopburi, patrolling the tops of walls and brazenly ripping the rubber seals from car doors. 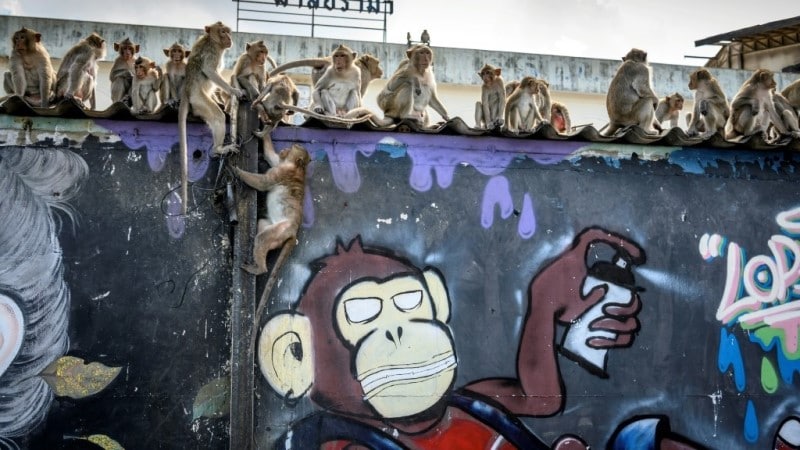 Their antics were largely tolerated as a major lure for the tourist hordes who descended on the city before the coronavirus outbreak to feed and snap selfies with the plucky animals.

But a government sterilization campaign is now being waged against the creatures after the epidemic provoked an unexpected change in their behavior.

As foreign tourism — Thailand‘s cash cow — seized up so did the flow of free bananas tossed their way, prodding the macaques to turn to violence.

Footage of hundreds of them brawling over food in the streets went viral on social media in March.

Their growing numbers — doubling in three years to 6,000 — have made an uneasy coexistence with their human peers almost intolerable.

Some areas of the city have simply been surrendered to the monkeys.

An abandoned cinema is the macaques’ headquarters — and cemetery. Dead monkeys are laid to rest by their peers in the projection room in the cinema’s rear and any human who enters is attacked.

Nearby, a shop owner displays stuffed tiger and crocodile toys to try to scare off the monkeys, who regularly snatch spray-paint cans from his store. 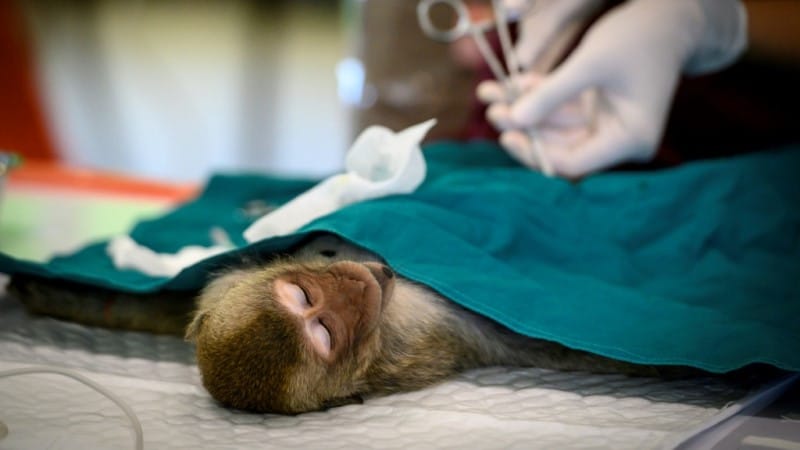 The number of monkeys in the Thai city of Lopburi has doubled in three years to 6,000

Simians in the City

No one in Lopburi seems to remember a time without the monkeys, with some speculating that the urban creep into nearby forest displaced the simians into the city.

Residents have taken it upon themselves to feed the macaques to prevent clashes.

But locals say the sugary diet of fizzy drinks, cereal and sweets has fuelled their sex lives.

“The more they eat, the more energy they have… so they breed more,” says Pramot Ketampai, who manages the Prang Sam Yod temple’s surrounding shrines.

The macaques’ mob fights have drawn the attention of authorities, who restarted a sterilization program this month after a three-year pause.

Wildlife department officers lure the animals into cages with fruit and take them to a clinic where they are anaesthetized, sterilized and left with a tattoo to mark their neutering.

They aim to fix 500 of the creatures by Friday. 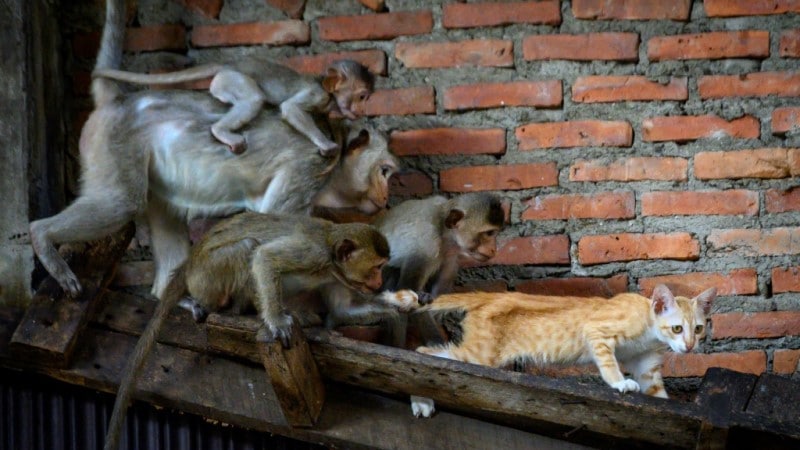 But the campaign may not be enough to quell their numbers and the department has a long-term plan to build a sanctuary in another part of the city.

But that will likely be met with resistance from the human residents.

“We need to do a survey of the people living in the area first,” said Narongporn Daudduem from the wildlife department.

“It’s like dumping garbage in front of their houses and asking them if they’re happy or not.”

Taweesak Srisaguan, the shop owner in Lopburi who uses stuffed animals as a deterrent to the unwanted monkey visitors, says that despite his daily joust with the creatures, he will miss them if they are moved.

“I’m used to seeing them walking around, playing on the street,” he says.

“If they’re all gone, I’d definitely be lonely.”