Vietnam Draws on Propaganda Artists in Battle Against Virus 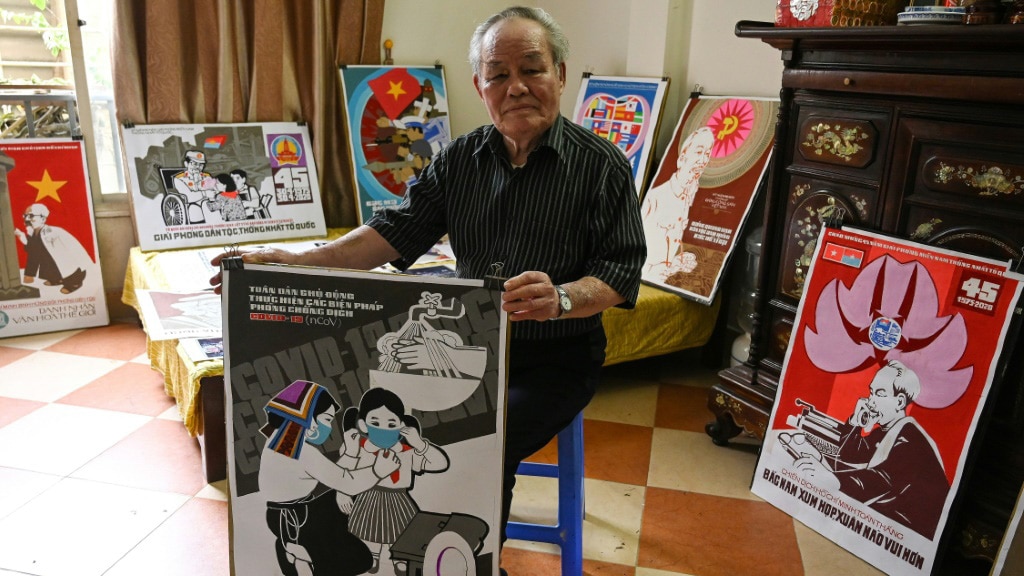 A 76-year-old Vietnamese painter who has spent his life making propaganda art for the Communist government has turned his brush to the coronavirus, designing posters that have popped up across Hanoi.

Tran Duy Truc was picked to create the COVID-19-themed work after a contest run by Vietnamese authorities.

“Artists can be seen as fighters,” he told AFP. “They have to draw their best pictures to make people understand and help them win against this enemy.”

The colorful, graphic lines of propaganda art were a common sight in Vietnam during the war against the US in the 1960s and 1970s, pushing messages of encouragement to frontline soldiers and urging the development of socialism. 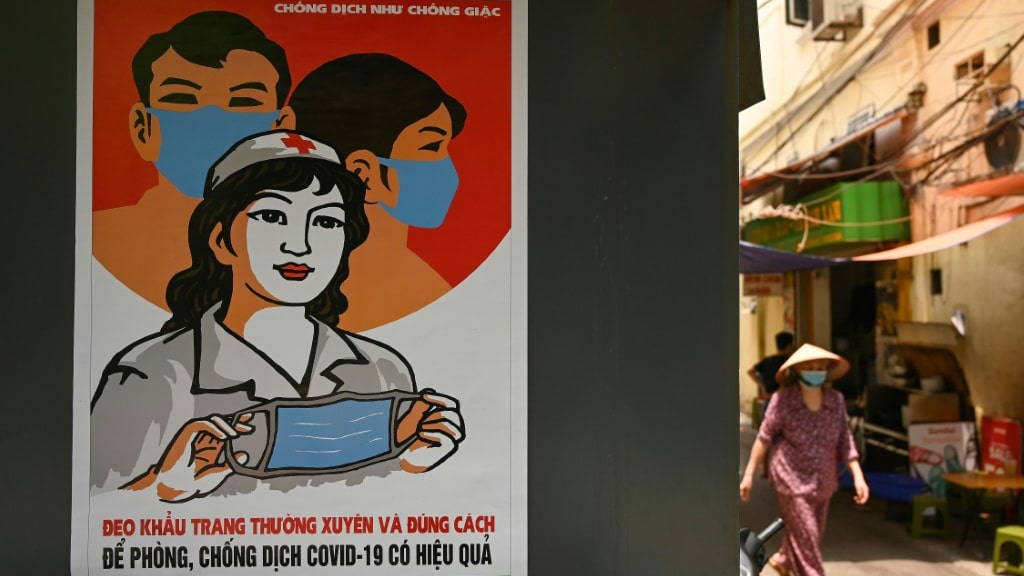 Even now, posters with a similar aesthetic can be seen throughout the country during major anniversaries or the Communist Party Congress.

One of Truc’s latest designs depicts an ethnic Thai mother helping her daughter put on a mask while urging people to wash their hands.

“My idea was to draw people who are part of the ethnic minority community, who live in remote areas and have a low literacy level, in order to help spread the party and government message clearly,” he said.

A total of 14 designs from 10 veteran artists were selected following the contest, with 700,000 prints displayed in public spaces across Vietnam, according to the Culture Ministry.

Younger creatives, meanwhile, have also pitched in to help with public health messaging, with many posting their work on social media. 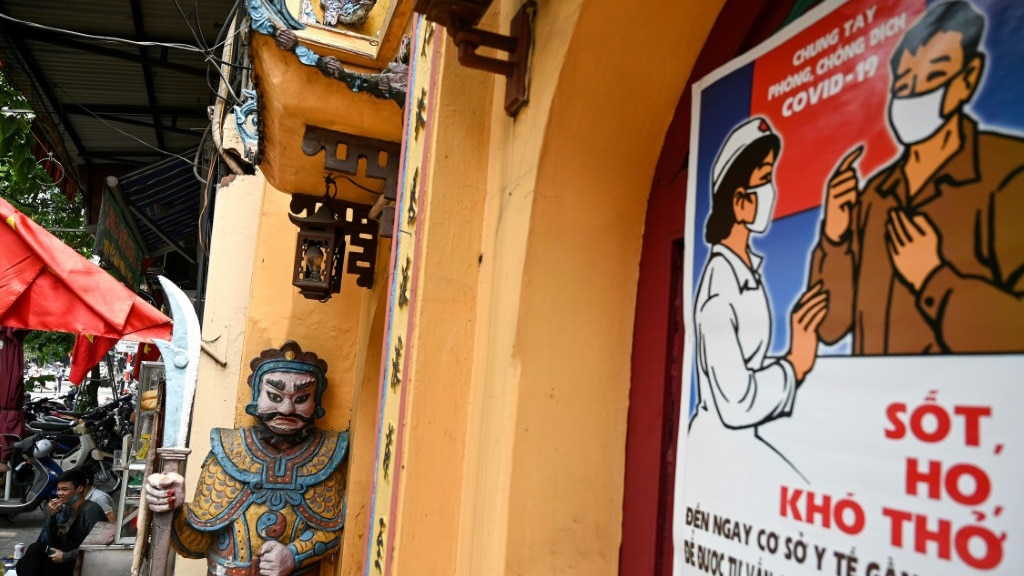 Graphic designer Le Duc Hiep’s picture — which has been shared thousands of times on Facebook — shows a female medical worker holding the hand of a member of the public, with the slogan: “To stay at home is to love your country.”

He was inspired after seeing posts on social media of people gathering at coffee shops and restaurants despite the government’s advice to stay home.

“I’m surprised and happy because I feel like I have done something to help the community,” the 34-year-old told AFP from his home in Ho Chi Minh city.

He added that he chose the Vietnamese propaganda style because “it is associated with patriotic emotions”.