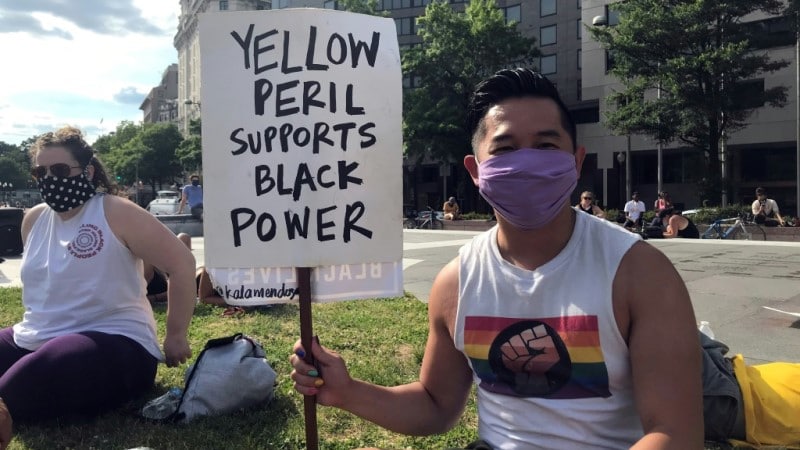 Viet Hoai Tran, 27, holds a “yellow peril” sign at a sit-in to support Black Lives Matter on June 15, 2020 in Washington

As anti-racism protests broke out across the United States, Viet Hoai Tran knew exactly what he wanted to write on his poster — “Yellow Peril Supports Black Power.”

“If we are talking about fighting for justice, for liberation, for change… all of us have to be part of this,” said the 27-year-old, who was born in Vietnam, but grew up in the US.

The death of George Floyd, a black man, in Minneapolis police custody sparked nationwide protests — and a sense of reckoning in the Asian American community, which has historically fraught, even violent, ties with African Americans.

In particular, the revelation that one of the officers charged over Floyd’s death, Tou Thao, is Hmong has caused many Asian Americans to grapple with their community’s complicity. 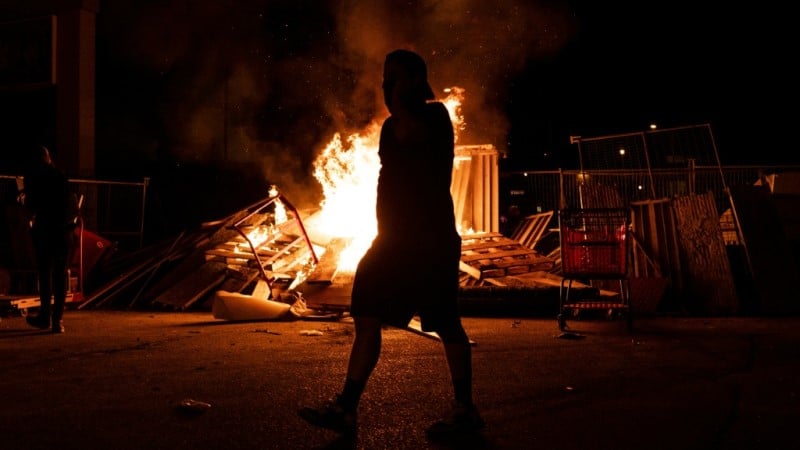 “Yellow peril” is a racial slur articulating the centuries-old Western fear of an East Asian takeover that has been repurposed by Asian Americans in a show of solidarity with the black community.

“There’s a lot of anti-blackness in the AAPI community,’ said Tran, referring to the Asian Americans and the US diaspora of Pacific Islanders.

One of the worst examples was during the 1992 protests in Los Angeles over the police killing of Rodney King, a black man. Massive rioting broke out during the demonstrations, most of which occurred in the Koreatown neighborhood.

Ethnic Korean store owners, feeling abandoned by the Los Angeles police, shot at black protesters from the rooftops to protect their businesses.

“We, Asian Americans, have remained complicit in perpetuating anti-blackness and benefitting from white supremacy,” Kevin Quach, who works on policy at the Asian American advocacy group OCA National, told AFP. 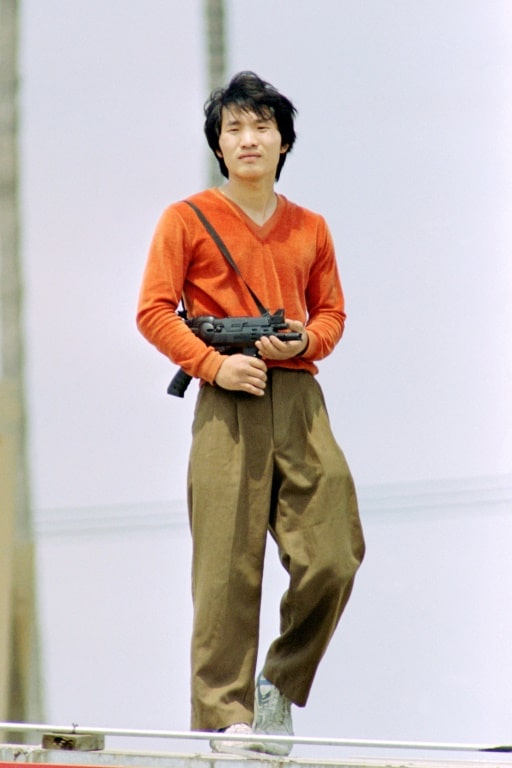 An ethnic Korean merchant stands guard with an automatic weapon outside his shop on May 01, 1992, during the Los Angeles riots

Quach noted the internalization of the model minority myth — the stereotype that Asians are the “best” minority, thus implying that other minority groups are somehow lesser — and colorism, or prejudice against darker skin tones, within the Asian community, among other examples.

Even using slogans like “Yellow Peril Supports Black Power” or “Asian Americans for Black Lives Matter,” Quach said, “ignores and minimizes the harm that the AAPI community has inflicted on the black community within the last 50 years,” even if unintentionally.

For instance, the “yellow peril” slogan was first used in 1969 by Japanese-American activist Richard Aoki at a protest in support of Black Panther Party co-founder Huey Newton.

Aoki was revealed in 2012 to have been an FBI informant on the Black Panthers.

Asian Americans have been used “as a wedge community between black community demands and our system,” said Bo Thao-Urabe, a co-founder of the Minnesota-based Coalition of Asian American Leaders (CAAL).

It’s important to ensure “our communities are not used against each other,” she added.

Groups like CAAL and OCA National, which were already working with black and Latino communities, have made specific pushes to support the current protests.

CAAL has provided support for Asian Americans in Minnesota who joined the demonstrations, and OCA has launched several programs explicitly about Asian-black relations, including a workshop on the model minority myth and a virtual summit on Afro-Asian solidarity. 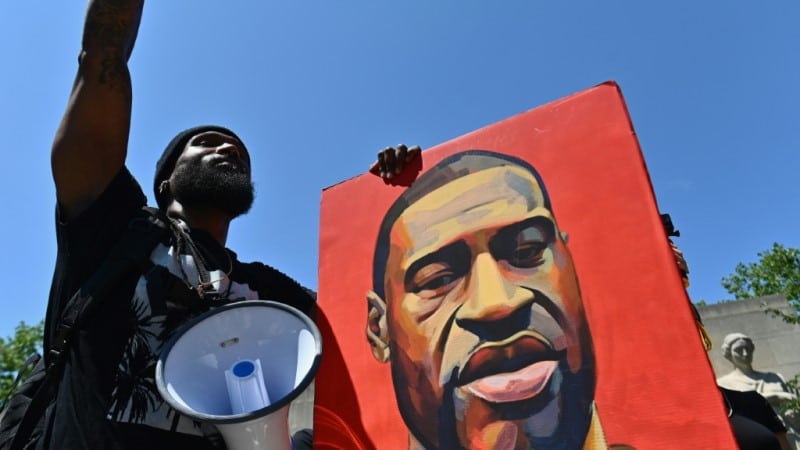 After Floyd’s death, a Facebook group called “Asian America for Black Power” was set up to connect Asian Minnesotans who wanted to go to protests together

Others have posted lists of key phrases and talking points, translated into languages such as Chinese, Korean and Vietnamese, for “talking to Asian parents about institutional and internalized racism.”

“Anti-blackness is not just something that you can name and it disappears,” said Jenny Tam, a 21-year-old student at the University of Minnesota Twin Cities who is of Chinese-Vietnamese heritage.

“It’s a fear, and fear needs to be deconstructed.”

After Floyd’s death, Tam created a Facebook group called “Asian America for Black Power” to connect Asian Minnesotans who wanted to go to protests together.

The group quickly morphed into a platform, now with nearly 3,000 members, for sharing resources on where to donate, what to read, where to protest and how to talk with their families about racism.

Tam also noted that the coronavirus pandemic had served as a kind of wake-up call for Asian Americans, as it sparked an outpouring of anti-Asian racism, with many blaming China for the virus.

Racism “may oppress us differently, but there’s a common enemy. We’re fighting the same thing,” said Tam, whose parents came to Minnesota after the Vietnam War.

“We are not white, and so we cannot protect a system that supports white and is harming our black community.”