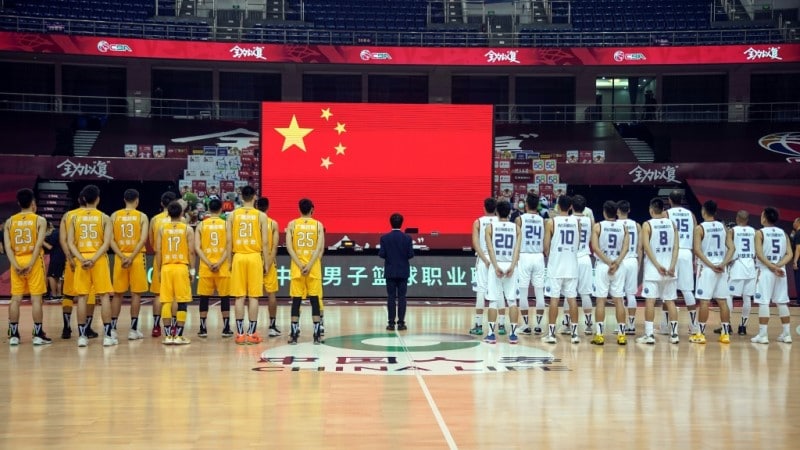 The Chinese Basketball Association (CBA) league resumed on Saturday behind closed doors after a five-month hiatus caused by the coronavirus pandemic, just as the country battles a cluster of infections in Beijing.

There was a somber moment of silence beforehand in the arena in Qingdao as the CBA became the first sports league to restart in China, where the deadly virus emerged late last year before spreading worldwide.

The league has been split into two groups as part of measures to ensure player safety — one group playing games in Qingdao in the northeast and the other in the southern city of Dongguan.

All games will be played without fans, in line with sports around the world trying to relaunch even as the virus continues to infect and kill thousands. 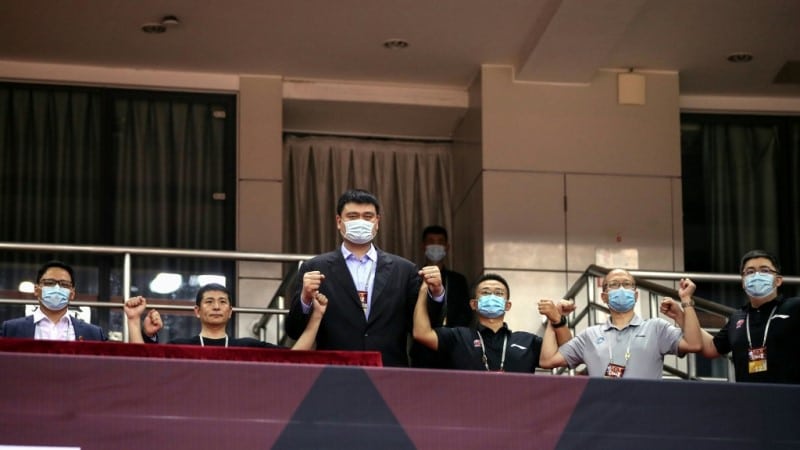 Yao Ming, president of the Chinese Basketball Association (CBA), was in the stands for the restart of the season

In front of the watching Yao Ming, the first match of the restart saw Zhejiang Guangsha Lions defeat Nanjing Monkey Kings 112-95. Both teams bowed at the end to the largely empty arena in Qingdao and celebrations were muted.

Yao, president of the CBA and the former Houston Rockets All-Star, was among the few in the stands and had a mask on. An electronic screen showed supporters watching remotely.

Beforehand, players, coaches and officials stood with their heads bowed for a period of silence in remembrance of those who died in recent months of coronavirus.

There were five matches scheduled on Saturday, with former NBA champion Jeremy Lin in action for the Beijing Ducks, as the CBA races to make up for lost time.

When the CBA was brought to a halt on February 1, at the height of the coronavirus outbreak in China, defending champions Guangdong Southern Tigers topped the standings after 30 matches.

More than half of the 20 teams in the CBA will compete without foreign players because most overseas visitors cannot enter China because of coronavirus travel restrictions.

China has seen a marked decline in the number of infections, but is now concerned about a recent surge in Beijing.

On Saturday the country reported 23 new domestically transmitted infections, all but one in the capital. Beijing authorities have locked down neighborhoods, closed schools and launched a large-scale testing program.