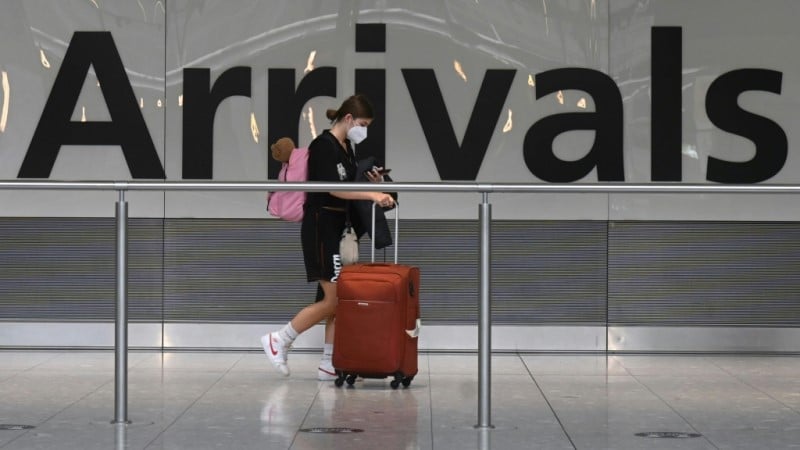 Less than a week before the Olympics is due to begin, the cases will heighten concerns over the event.

Organizers have described the Games as the world’s “most restrictive sports event”, but it faces opposition in Japan over fears it will bring new infections to a country already battling a surge.

A daily tally of new cases revealed two athletes tested positive in the Olympic Village and one elsewhere. They come a day after an unidentified person, who was not a competitor, became the first case in the village. 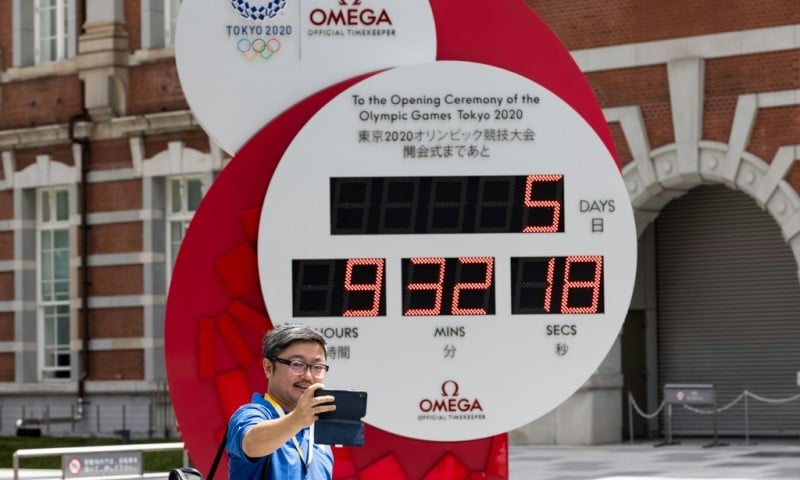 Less than a week before the Olympics is due to begin, the positive coronavirus cases will heighten concerns over the event

Britain is also facing a backlash over its decision to exclude France from its new looser entry policies — vaccinated returning UK residents will still have to quarantine for 10 days, unlike in other “amber” countries.

“I’m a doctor so I understand the health issues very well, but this doesn’t make any sense,” said Maud Lemoine, a London-based doctor who is visiting France.

And France’s government drew ire after announcing that unvaccinated visitors from Britain and several other European countries must show a negative Covid test taken within 24 hours of departure rather than 48 or 72 hours, as was the case previously.

The interior ministry said almost 114,000 demonstrators gathered across France on Saturday to protest against the government’s handling of the pandemic and continued restrictions on everyday life.

“It’s not that we think the Earth is flat, but we don’t know the long-term effects of these vaccines cobbled together in a hurry,” care assistant Rita, 39, said at a march in the city of Montpellier.

Elsewhere in Europe, Greek officials imposed curfews on the party island of Mykonos and Spanish authorities did likewise in Barcelona and other cities in the northeastern Catalonia region.

European governments are facing an uphill battle, with the EU’s disease prevention agency warning that infections could rise fivefold across the bloc by August 1.

But the continent also had something to celebrate, with the proportion of people vaccinated topping the US figure for the first time.

Around 55.5 percent have now had a first dose following a sluggish start, compared with 55.4 across the Atlantic.

EU Commissioner Thierry Breton said the achievement validated the EU’s strategy of “remaining open and exporting half of our production to 100+ countries”, vaunting the bloc’s “solidarity” compared with other vaccine makers.

And in Britain, where most of the adult population has now had two jabs, the government is preparing to ease most restrictions. 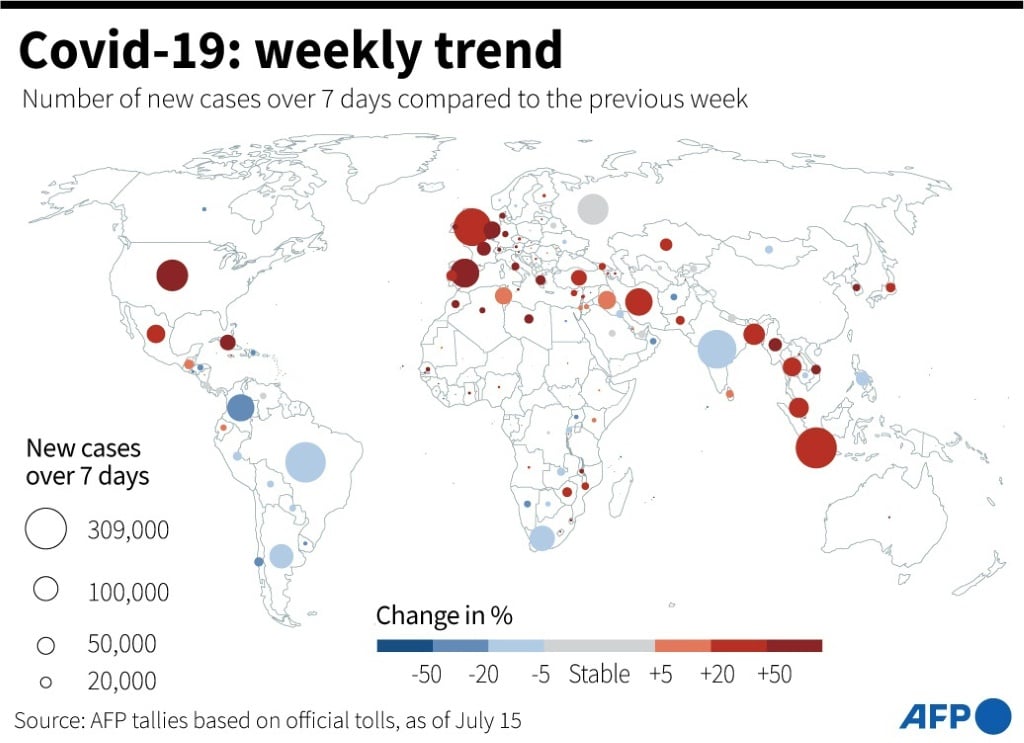 Number of new Covid-19 cases over 7 days and the change in percent from the previous week, as of July 15.

Quarantine for vaccinated Britons returning from “amber” list countries is due to end on Monday but at the last minute the government decided to retain the status quo for France because of the “persistent presence” of the Beta variant, first identified in South Africa.

While the rule applies only to England for now, devolved governments in Scotland and Wales indicated they were likely to follow suit.

The new looser regime in England, with mask requirements among the rules to be dropped, comes as the UK recorded more than 50,000 cases in a day on Friday and the government said that rate could double in the coming weeks.

However, officials said the high vaccination rate should prevent a spike in deaths and serious illness. 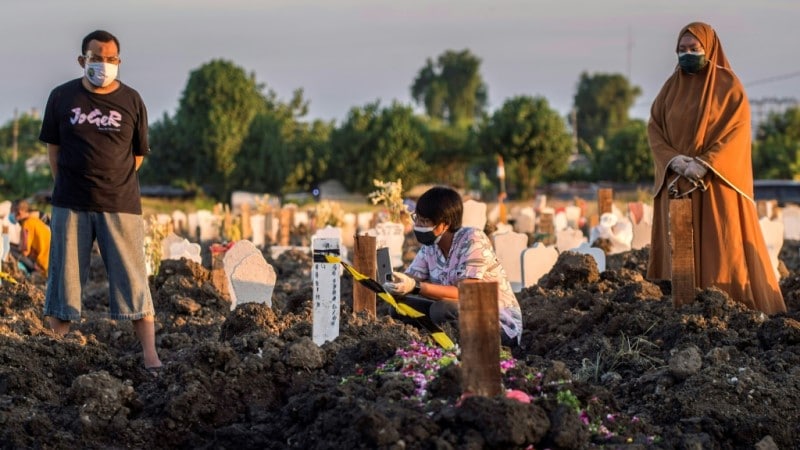 Among those testing positive was Health Secretary Sajid Javid, who announced on Saturday he had contracted the disease and was isolating.

“I’m grateful that I’ve had two jabs of the vaccine. And so far, my symptoms are very mild,” Javid said via Twitter.

With cases surging, critics say the reopening is a reckless gamble.

“This is a threat not just to England but to the whole world — particularly low- and middle-income countries who have very limited access to vaccines,” a group of international scientists said in a joint statement on Friday. 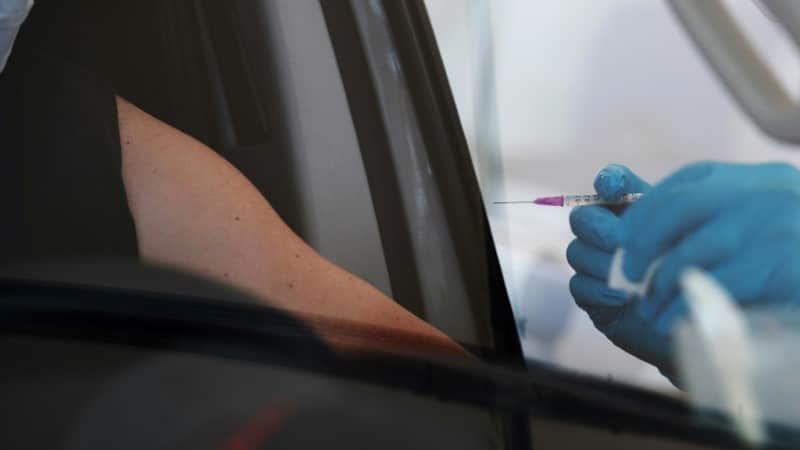 One poorer country experiencing an infection surge is Senegal, whose national bus operator announced Saturday it would suspend intercity transport.

The announcement comes after the country of 16 million logged a record — 1,366 — of new coronavirus cases on Saturday, almost double the daily record of 733 set on Wednesday.

A new single-day record was also set in Thailand, which had more than 11,300 new infections Sunday, bringing the kingdom’s cumulative cases to more than 400,000. Saturday also saw the single-day death toll reach 141 — a new high.

Three more provinces will be placed under severe restrictions — including a night-time curfew and a ban on gatherings of more than five — that already cover Bangkok and the southern provinces.

Saudi Arabia is allowing crowds to gather for the second downsized hajj since the start of the pandemic.

The kingdom is allowing only 60,000 fully vaccinated residents to take part — a fraction of the pre-pandemic number — as it seeks to repeat last year’s success that saw no virus outbreak during the five-day ritual.

Among the chosen ones this year was Ameen, a 58-year-old Indian oil contractor who was picked for the ritual along with his wife and three adult children.

“We are overjoyed,” said Ameen. “So many of our friends and relatives were rejected.”