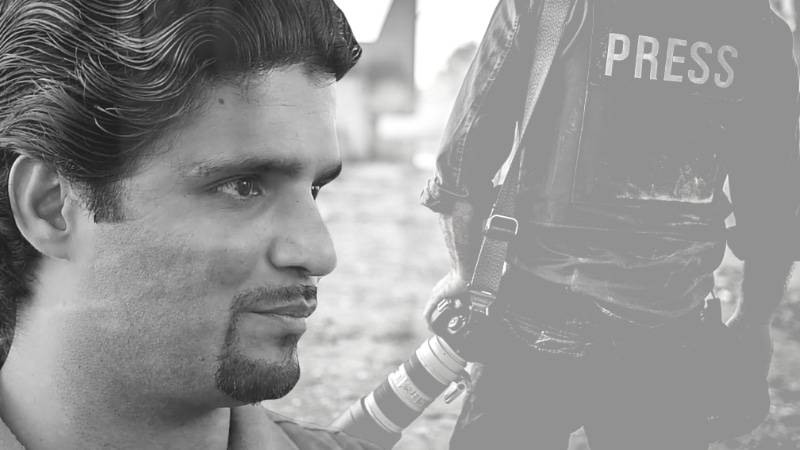 When Syed Fawad Ali Shah started to report the injustices done in the name of Pakistan’s “War on Terror,” he never imagined his life would turn upside down. Now hiding in Malaysia, Shah’s dream is simple – to see his mother once more.

Shah’s commitment to giving a voice to people who were attacked by covert agencies without any evidence is strong. However, his passion for telling the truth became his downfall.

Instead of making allegations, Shah worked hard to gather proof and evidence for his work. He also published articles in local languages so more people can understand them. Most of his work is in the Urdu language, especially those published between 2007 to 2010.

Is There Hope to be Given Asylum?

Shah’s situation as a refugee is very complicated. As a refugee, he is not allowed to work, at times he is only able to eat once a day due to lack of money. He hides all the time due to fear of being caught and returned to Pakistan, where the government will arrest him through Interpol.

Before he went into exile, Shah was abducted by the Inter-Services Intelligence (ISI) in January 2011. According to Shah, the ISI and the Taliban have strong links, and both are involved in kidnapping for ransom, drug trafficking, and extortion, among other illegal activities.

“I was illegally incarcerated. No charges were put against me nor I was produced before any court of law. Instead, I was subjected to inhuman torture and threatened for life if continue irking them by continuing reporting on issues deemed impropriate to them and against self-defined national interest,” he shared.

The United Nations High Commission for Refugees (UNHCR) helped him. From Pakistan, he traveled to Thailand and came to Malaysia where he applied for political asylum. However, his case was rejected by the Department of Homeland Security (DHS).

Unfortunately, history is not working on the journalist’s side. Shah fears that he might end up just like another exiled Pakistani journalist, Sajid Hussain, who was found dead in a river in Sweden. Sajid fled Pakistan after reporting the human rights violations in the Balochistan region in 2012, and he was granted political asylum in 2019.

Until now, Shah’s case for asylum has not been settled by the USCIS, and Pakistan is still associating his name with fake cases so he can be brought back to the country. Now, he is forced to protect his life without help from anyone else.

Even if he’s thousands of miles away from Pakistan, the dark forces there continue to haunt him. Currently, Shah faces more than a dozen charges.

“The Pakistani authorities have made an example of me for all of those who dare to think unmasking inhumane and terror promoting activities of the covert agencies who think themselves above the law of the land,” he shared. 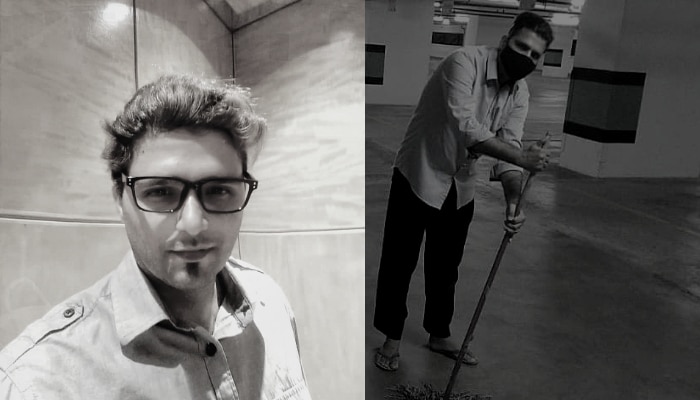 Shah wears various disguises in Malaysia and takes on odd jobs to get by to survive.

According to Shah, his only crime was he was brave enough to report all the injustices done in the name of Pakistan’s “War on Terror.” This made him an enemy of the government who has been pushing for the “War on Terror” since the 9/11 incident.

“When I was reporting on these issues, often characterized as ‘red lines’ for a journalist in Pakistan, I knew the price that I am going to pay as before me there were many other who paid it with their lives,” he said, adding that it had become unbearable for him to continue his job since his family and friends were already threatened, intimidated, and kidnapped. This is what ultimately drove him to leave the country.

In Pakistan, the most targeted medium remained TV followed by print media for which the state, its agencies, and functionaries are responsible. Some journalists have suffered at the hands of terrorists, religious gangs, political parties, gangs, and the mafia.

Breaking Asia was able to speak with Syed Fawad Ali Shah to talk about how his current condition has affected his passion for journalism, and what he hopes to achieve in the future.

Your rights have been stripped because of your profession. Was telling the truth worth it?

“Yes, truth is always worth it cause if you present things in the right manner then are leaving room for falsehood to prevail. The right to know the truth is a Divine right.”

Can you tell us more about your legal situation?

“Well I am a registered Refugee duly granted by the UNHCR after fulfilling all their codal formalities including exhaustive interviews.”

How has your situation affected your mental health?

“I’m mentally shattered. For years I’m away from home, from relatives and dear ones, no friends here, living like a third-class citizen who has no equal rights like other Malaysian people. Sense of insecurity, poverty, and lack of care has made me sick to the core.”

Your government has turned the legal system into a tool to intimidate you. How did you adapt to your life under strain?

“When I was in Pakistan I used to bear all the pressure. But here in exile, I have to cope up with it by keeping myself busy through write-ups, part-time jobs, and trying to find solace in the material available online.”

You have relentlessly covered Pakistan’s war on terror. What inspired your dedication to the truth?

“The plight of my people and their sufferings compelled me to take up this daunting task. I wanted to present facts before my countrymen especially victims of the war on terror so that they can identify the root cause of their troubles.”

You said all you wanted is to see your mother. Aside from that, what’s your hope for your future?

“No hope for me in Pakistan. But if given a chance of adopting a second home then I have high hopes of making a positive contribution towards the welfare of humanity especially my fellow Pakistans.”

“My speaking truth openly got me into trouble. I just wanted to expose those elements who were involved in backing the Taliban. This irritated both Terrorists and their supporters. It got me to a complete mess.”

The International Federation of Journalists has listed Pakistan as one of the most dangerous countries for the practice of journalism in the world. Shah is not alone, and the number may increase in the coming years as more brave journalists continue to publish stories knowing they will face a rough journey ahead.

Shah has been stuck in Malaysia for almost a decade now since 2011 awaiting for asylum. While hope is not all lost, but the political climate may take years to change, unjust court rulings will finally become invalid and a bright future will await Shah and other exiled journalists.