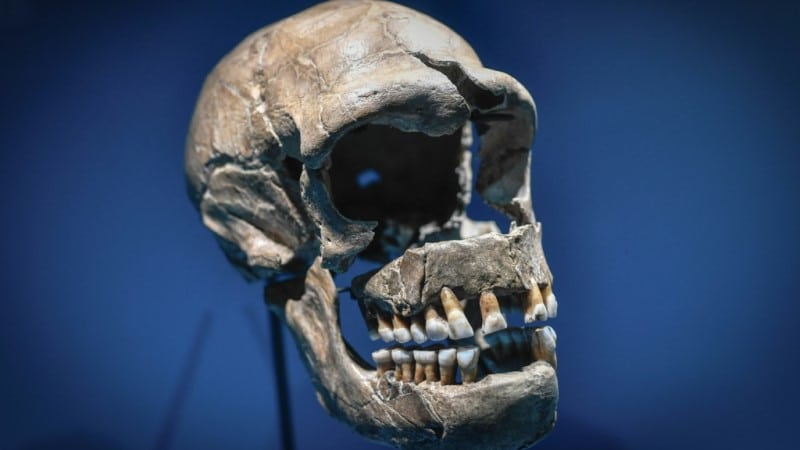 Covid-19 patients with a snippet of Neanderthal DNA that crossed into the human genome some 60,000 years ago run a higher risk of severe complications from the disease, researchers have reported.

People infected with the new coronavirus, for example, who carry the genetic coding bequeathed by our early human cousins are three times more likely to need mechanical ventilation, according to a study published Wednesday in Nature.

There are many reasons why some people with Covid-19 wind up in intensive care and other have only light symptoms, or none at all.

Advanced age, being a man, and pre-existing medical problems can all increase the odds of a serious outcome.

But genetic factors can also play a role, as the new findings makes clear.

“It is striking that the genetic heritage from Neanderthals has such tragic consequences during the current pandemic,” said co-author Svante Paabo, director of the department of genetics at the Max Planck Institute for Evolutionary Anthropology.

Recent research by the Covid-19 Host Genetics Initiative revealed that a genetic variant in a particular region of chromosome 3 — one of 23 chromosomes in the human genome — is associated with more severe forms of the disease.

That same region was known to harbour genetic code of Neanderthal origins, so Paabo and co-author Hugo Zeberg, also from Max Planck, decided to look for a link with Covid-19.

They found that a Neanderthal individual from southern Europe carried an almost identical genetic segment, which spans some 50,000 so-called base pairs, the primary building blocks of DNA.

Tellingly, two Neanderthals found in southern Siberia, along with a specimen from another early human species that also wandered Eurasia, the Denisovans, did not carry the telltale snippet.

Modern humans and Neanderthals could have inherited the gene fragment from a common ancestor some half-million years ago, but it is far more likely to have entered the homo sapiens gene pool through more recent interbreeding, the researchers concluded.

The potentially dangerous string of Neanderthal DNA is not evenly distributed today across the globe, the study showed.

Some 16 percent of Europeans carry it, and about half the population across South Asia, with the highest proportion — 63 percent — found in Bangladesh.

This could help explain why individuals of Bangladeshi descent living in Britain are twice as likely to die from Covid-19 as the general population, the authors speculate.

In East Asia and Africa the gene variant is virtually absent.

About two percent of DNA in non-Africans across the globe originate with Neanderthals, earlier studies have shown.

Denisovan remnants are also widespread but more sporadic, comprising less than one percent of the DNA among Asians and Native Americans, and about five percent of aboriginal Australians and the people of Papua New Guinea.