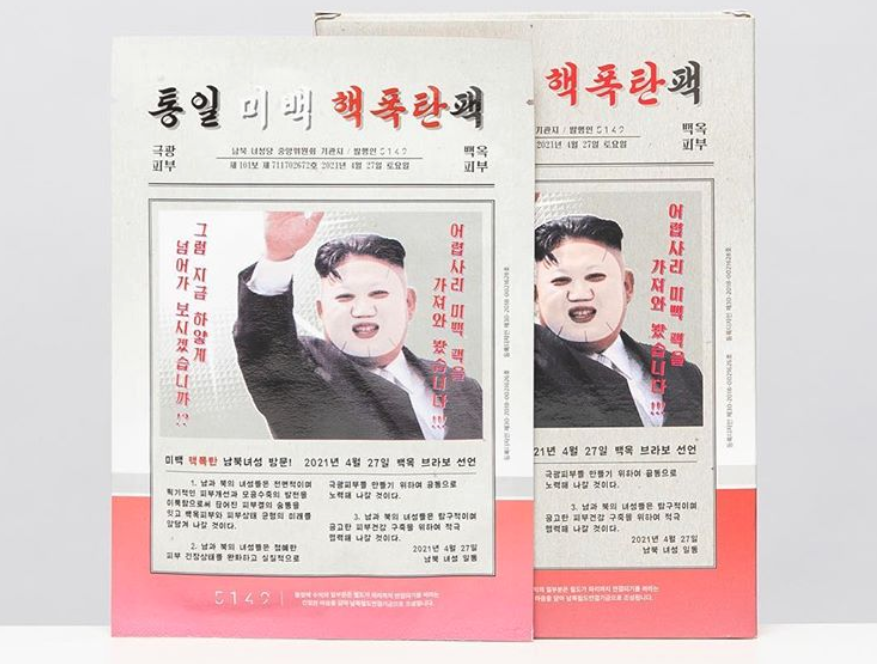 The added fun of beautifying while engaging in political propaganda

Trend alert! South Korea now has special face masks that display a certain controversial somebody. Give up? It’s Kim Jong-un. Yeah, I wish I was kidding.

5149, a popular beauty brand in South Korea, decided to shake things up a bit and release facial masks that look like Kim Jong-un. But hey, that’s not the only perk. It moisturizes too. Yay, I think. The intention was to celebrate the reconnection of the two summits. Though the aim was good-natured, it sparked outrage among the local media mainly because of the pandering of political propaganda.

The face masks provide water-resilient and wrinkle-resistant features called the nuclear bomb packs. Again, I wish I was kidding.

Kim Jong-un is North Korea’s Supreme Leader and a very interesting public figure in South Korea. The two lands have a long-standing rivalry and the same can be said for their respective leaders. The people of South Korea regard Kim Jong-un with unfavorable honesty due to the fact that he’s a hostile dictator. But the tyrant people fear and dislike is now subject to being the face of a popular beauty craze.

I mean, who wouldn’t want to look like Kim Jong-un during a skincare routine at two in the morning? I don’t know about you guys, but I’m on board. Sadly, I don’t know if I’ll get the chance. Sources state that the face masks are being pulled from shops from all the backlash. Negative feelings aside, some other locals appreciate the deeper insight the face masks provide: how far the country has come with its resiliency.

Not too long ago, the mere mention of Kim Jong-un would send people in a fit of anger and frustration. Now, people can easily joke and laugh about him, not to mention, use him as a face for a beauty product. This fact is a big indicator of how the country has come as a whole. Who knows? The path to reconciliation might be held in a cute pack of moisturizing facial masks. How beautiful! Pun intended.