A medical clinic in Bangkok opened Monday offering free cannabis oil to hundreds of Thais seeking relief from cancer, insomnia and muscle pain as the government drives home the economic and health benefits of their gamble of marijuana.

Thailand in 2018 became the first country in Southeast Asia to legalize medical marijuana, although many Thais have long used the herb in traditional medicine.

The government is eager to harvest the multi-billion-dollar potential of weed, investing in tech to extract, distill and market cannabis oils.

“Today marks the beginning,” Health Minister Anutin Charnvirakul said at the launch of the Bangkok clinic.

“We are fighting for the better health of Thai people and fighting for a better economy,” he told AFP, standing next to a marijuana leaf mascot wearing a doctor’s coat.

Hundreds of mostly elderly Thais waited to receive the 5-10 mg vials of oil for muscle aches, though some came bearing more serious ailments — like Natjuta, born with cerebral palsy and confined to a wheel chair.

“She does not sleep well which causes me not to sleep either,” said the 60-year-old. “She is more calm now, so I think it works.” 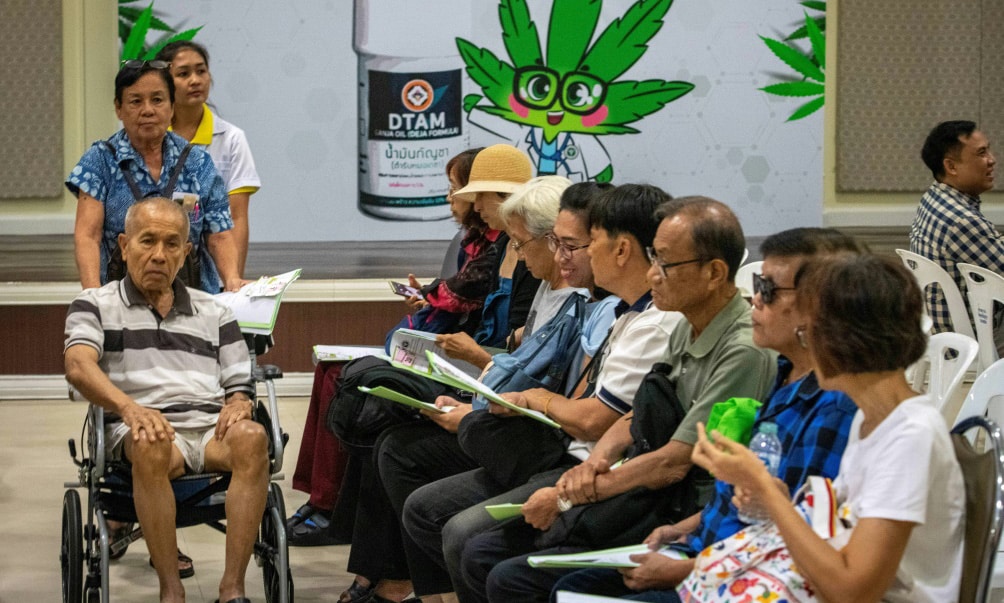 Anutin, a construction tycoon-turned-minister whose Bhumjaithai party rode a pro-marijuana platform in last year’s elections to become a major player in parliament, has promised an economic bonanza to his rural constituents.

He added that the drug has been “de-stigmatised” in Thailand.

“If we talk about cannabis extraction, I have a sense people view it as medication rather than it being a narcotic,” he said. 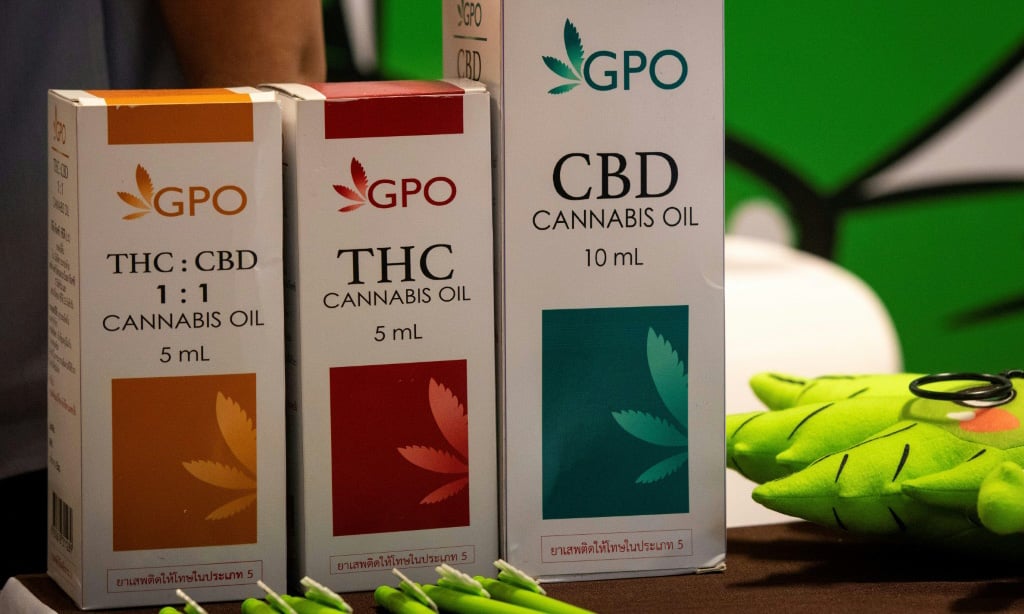 Medical research has shown that cannabis oil can help ease the pain of patients suffering from conditions such as multiple sclerosis and epilepsy, but the science is out on its impact on other serious diseases including different forms of cancers.

Recreational use and trade of marijuana is still illegal and could land anyone caught with a joint with severe penalties of up to 10 years in prison.