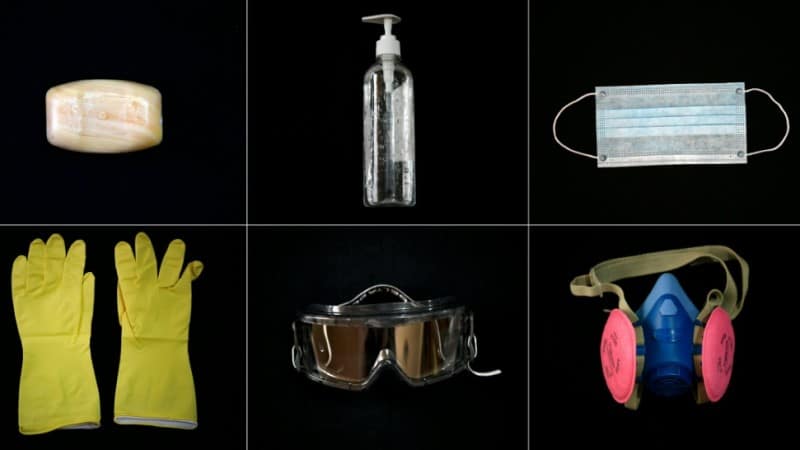 With no end in sight to the coronavirus pandemic, worldwide demand for surgical gloves — as for other types of personal protective equipment — is booming, leaving manufacturers struggling to keep up.

The global PPE market — from masks, gowns and gloves, to shoes and sanitising gels — is expected to balloon from $52 billion in 2019 to $93 billion in 2027, according to German market data specialist, Statista.

And, like other such products that were previously predominantly the domain of specialist medical personnel, the surgical glove has become much sought after even by the general public.

US-based Allied Market Research estimates that the global disposable gloves market amounted to $6.8 billion in 2019, and is expected to nearly triple to $18.8 billion by 2027.

Just as worldwide shortages of masks and disinfectant gels have pushed up the prices of those products, single-use medical gloves have become increasingly difficult and costly to come by during the health crisis.

“We have health centers calling us every day trying to get their hands on gloves,” said Sebastien Lenoble, director of Netherlands-based Shield Scientific, which markets gloves for medical, industrial and laboratory applications.

“These aren’t our usual clients. They’re coming to us because they’re desperate to find gloves.” 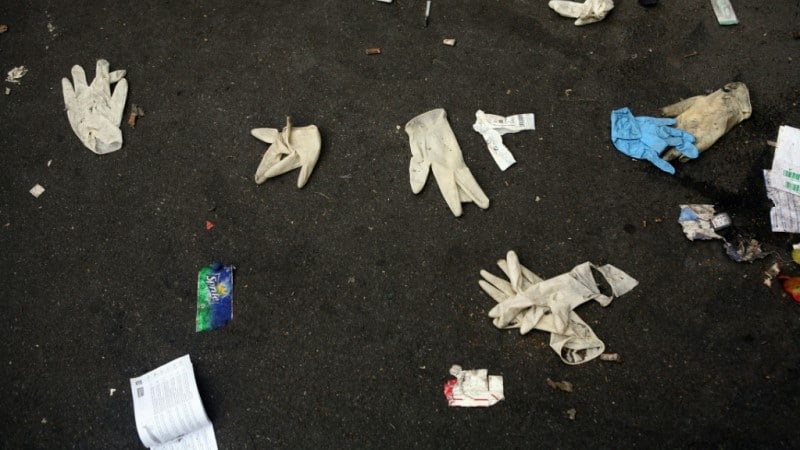 Runaway demand for PPE could pose an environmental problem in future

While the World Health Organization says that wearing rubber or latex gloves in public offers little protection against infection, they are becoming an increasingly common sight in shops and public transport around the world.

“We are observing a more than threefold increase in demand for examination gloves, and demand for surgical gloves has also increased significantly,” said Monika Riedel, spokeswoman for Austrian company Semperit, whose Sempermed subsidiary makes between seven and eight billion gloves every year.

Malaysia is the world’s biggest maker of rubber gloves, accounting for around 60 percent of global exports.

And according to the Malaysian manufacturers’ association MARGMA, worldwide demand is projected to rise from 296 billion in 2019 to 330 billion this year.

Given the surge, the industry is forecasting a shortage that is expected to last well into next year, MARGMA said.

Malaysian manufacturer Top Glove, which describes itself as the world’s biggest producer of rubber gloves, said it is seeing orders for 11-12 billion a month, compared with 4.5 billion prior to the pandemic.

As a result, customers must now wait nearly 600 days for their orders to be filled, compared with a normal delivery time of 30-40 days, said chief executive, Lim Wee Chai.

In addition, with raw materials in short supply, production costs are also rising.

“The shortage of raw material for our nitrile gloves and the disruption to the supply or production of other material such as packaging materials due to the global lockdown, has caused an increase in the production cost,” said Top Glove.

That would be passed on to customers in the form of higher prices.

While health experts argue that regular handwashing offers better protection against Covid-19 than gloves, the current boom for PPE is expected to pose another problem further down the line.

Environmental campaigners are concerned that millions of tonnes of single-use gloves will end up polluting the oceans.

by Marie-Morgane LE MOEL with Samuel