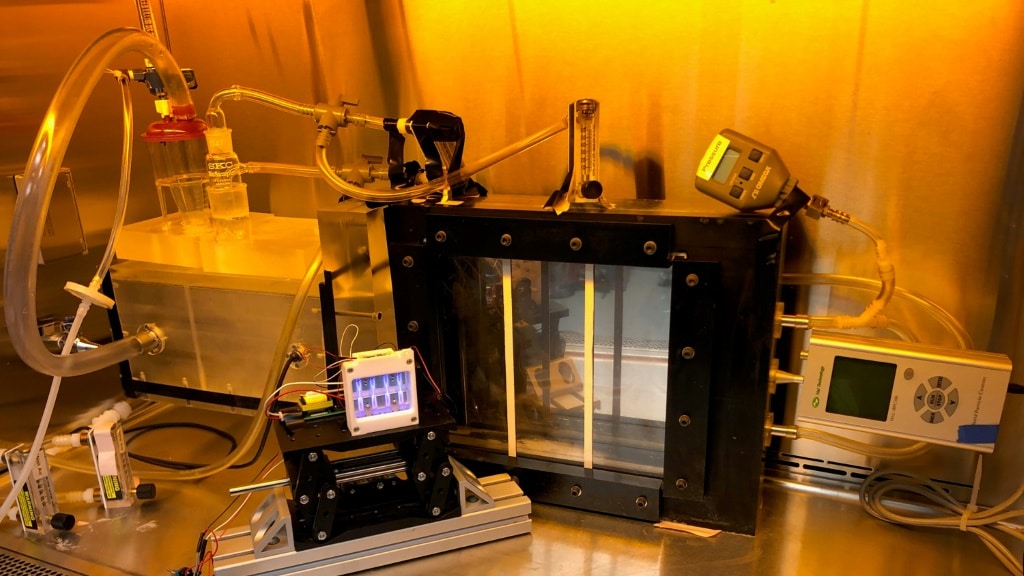 This photo taken on March 26, 2020 by Columbia University researcher Manuela Buonanno shows an experiment being conducted on the use of a special kind of ultraviolet rays against the coronavirus

Could a new type of ultraviolet lamp be used in stations, airplanes and schools to kill dangerous viruses, becoming a gamechanger in the COVID-19 fight?

Researchers at Columbia University have been working on such uses for years, and the current pandemic could confirm the value of their efforts.

UVC lamps have long been used to kill bacteria, viruses and molds, notably in hospitals and in the food-processing industry. As the coronavirus pandemic knocks world economies on their heels, this technology is experiencing a boom.

But UVC (for Ultraviolet-C) rays are dangerous, causing skin cancer and eye problems, and can be used only when no one is present.

The New York subway system, following the example of Chinese subways, plans to use ultraviolet lamps to disinfect its trains, but only during nighttime closures.

A team at Columbia’s Center for Radiological Research is experimenting with so-called far-UVC, rays whose wavelength of 222 nanometers makes them safe for humans but still lethal to viruses, the center’s director, David Brenner, told AFP.

At those frequencies, he explained, the rays cannot penetrate the surface of the skin nor of the eye.

That means they could be used in closed and crowded spaces where contamination risks run high, with potentially huge promise for use during the current pandemic. 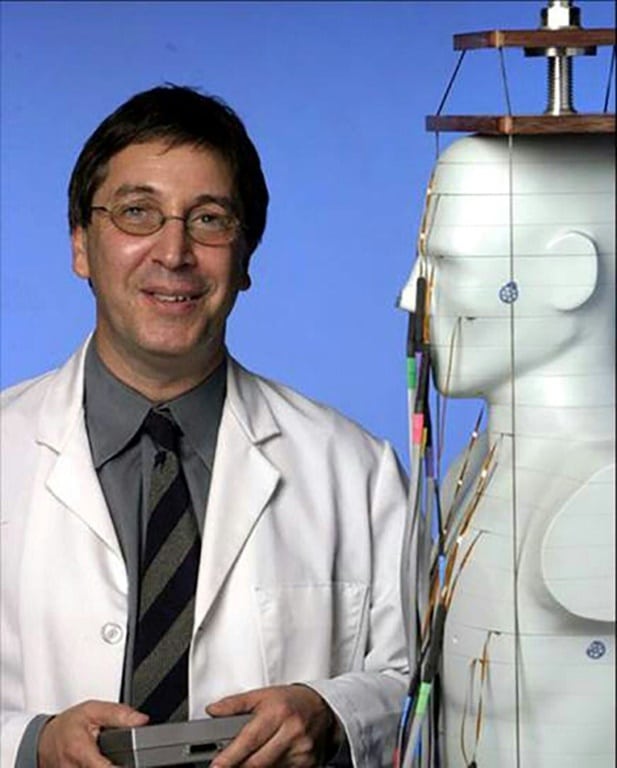 David Brenner, director of the Center for Radiological Research at Columbia University in New York, is seen in an undated photo provided by the university’s medical center

In 2013, the Columbia team began studying the effectiveness of far-UVC against drug-resistant bacteria. It next examined the rays’ use against viruses, including the flu virus. Only recently did it turn its attention to the coronavirus.

“We were thinking, how can we apply what we are doing to the current situation,” Brenner said.

But to test the impact of UVC on the extremely contagious coronavirus, the team had to move its equipment into a highly bio-secure laboratory at Columbia.

Experiments carried out starting “three-four weeks ago,” Brenner said, have already made clear that UVC rays destroy the virus on surfaces within minutes.

The team next plans to test the lamps on viruses suspended in the air, as when an infected person coughs or sneezes.

In parallel, tests are being conducted to confirm that these rays are harmless to humans.

For 40 weeks now, the lab has exposed mice to far-UVC rays for “eight hours a day, five days a week, at intensities 20 times higher than we might think of using with humans.”

After testing the rodents’ eyes and skin, “we have found absolutely nothing; the mice are very happy — and very cute as well,” Brenner said.

The experiment is set to continue for 20 more weeks.

The findings cannot be fully validated by the scientific community until all remaining steps have been taken, even if the team has already submitted its preliminary results to the journal Nature. 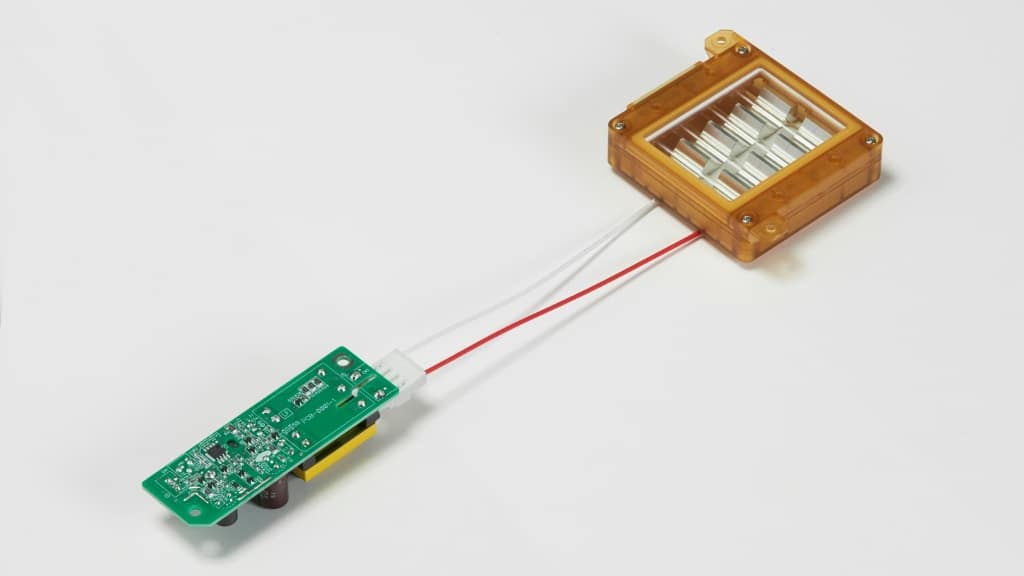 A model of a far-UVC lamp, the Care222, produced by the American subsidiary of the Japanese company Ushio, which provided the photo; far-UVC rays are being tested for their ability to kill the coronavirus

The World has Changed

But the pressure to reopen the world’s economies has become so enormous that factories are accelerating their production of ultraviolet lamps without waiting.

“We really need something in situations like offices, restaurants, airplanes, hospitals,” Brenner said.

If UVC lamps have already been in commercial use for two or three years — notably in the diamond industry, where they can be used to distinguish artificial from real gems — potential clients are now legion, say companies producing them.

“We felt for a long time this is a great application for this technology,” said John Yerger, the CEO of Eden Park Illumination, a small producer based in Champaign, Illinois.

But with the pandemic, “the world has changed a lot in the last three months,” he added.

And the US Food and Drug Administration has relaxed its regulation of tools or agents that can be used for disinfection, encouraging manufacturers to find a solution.

“There will be thousands and thousands of these things (UVC lamps) for sure,” Yerger said. “The question is, will it be millions?”

“What we are seeing is a tremendous amount of customer interest” to produce lamps for airlines, cruise ships, restaurants, movie theaters and schools, said Shinji Kameda, chief operations officer in the US for Ushio, a Japanese manufacturer.

Production of its 222-nanometer lamps, sold for $500 to $800 and already used in some Japanese hospitals, will be stepped up in October, he said.
In the meantime, Brenner said he has been losing sleep.

“I spend nights thinking — if this far-UVC project had started one or two years earlier, maybe we could have prevented the COVID-19 crisis,” he said.

“Not completely, but maybe we could have prevented it being a pandemic.”