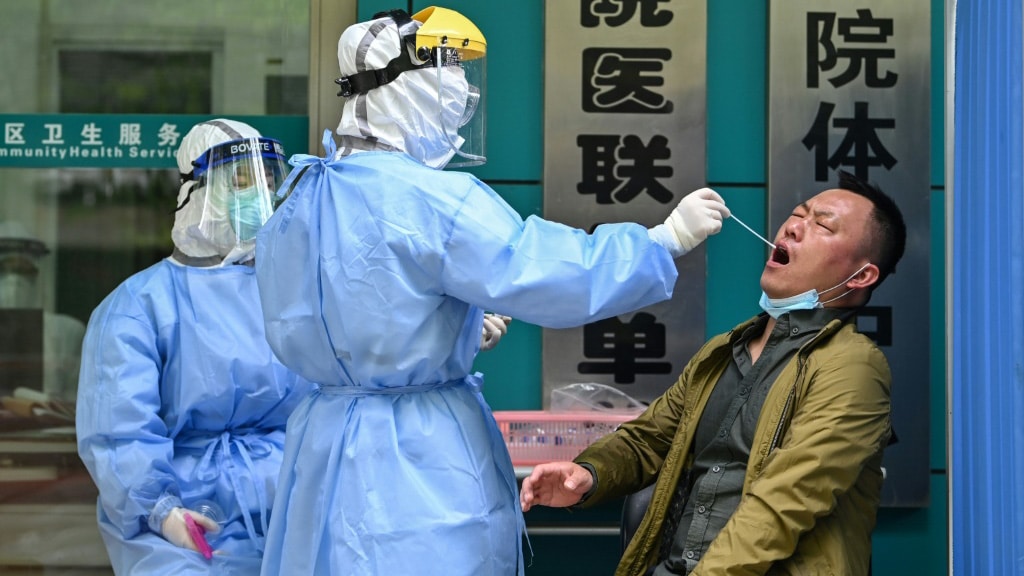 A medical worker tests a man in Wuhan, China for the COVID-19 coronavirus as the original epicenter gets back to normal life

President Donald Trump’s administration is investigating the origins of the coronavirus pandemic, saying it doesn’t rule out that it came from a laboratory researching bats in Wuhan, China.

Chinese scientists have said the virus, which has killed more than 138,700 people worldwide, was likely transmitted to humans late last year at a Wuhan “wet market” that slaughtered exotic animals — a longtime focus of concern for public health experts.

But The Washington Post and Fox News both quoted anonymous sources who voiced concern that SARS CoV-2 may have come — accidentally — from a sensitive bioresearch center in the metropolis.

“We’re doing a full investigation of everything we can to learn how it is the case that this virus got away, got out into the world and now has created so much tragedy — so much death — here in the United States and all around the world,” Secretary of State Mike Pompeo told Fox News.

He did not reject the reports and said that the United States knew that the Wuhan laboratory “contained highly contagious materials.”

“In countries that are open and transparent, they have the ability to control and keep them safe and they allow outside observers in to make sure all the processes and procedures are right,” Pompeo said.

Trump, asked about the laboratory theory at a news conference on Wednesday, said that “more and more, we’re hearing the story” and that the United States was “doing a very thorough investigation.”

Trump, who has faced wide criticism at home for his handling of the pandemic that has killed more than 30,000 people in the United States, has repeatedly blamed China and the World Health Organization.

The origin of the virus is a popular topic on social media, with conspiracy theorists suggesting it is a Chinese bioweapon and a Chinese official outraging Washington by saying that US troops may have brought it to Wuhan.

Neither Fox News nor The Washington Post said that the virus was spread deliberately or that the laboratory was definitively determined as the source.

A column by Washington Post columnist Josh Rogin said that US Embassy officials visited the Wuhan Institute of Virology two years before the pandemic and warned of inadequate safety at the laboratory, which studied bats blamed for the SARS coronavirus in 2003.

Fox News said that “patient zero” in the new pandemic may have been infected by a bat at the laboratory and gone into the population in Wuhan.

Foreign ministry spokesman Zhao Lijian — the official who had suggested that the US army may have brought the virus into China — rejected the Fox News report, saying the World Health Organization has said there was no evidence the virus was produced in a lab.

“Many well-known medical experts in the world also believe that the so-called laboratory leak hypothesis has no scientific basis,” Zhao said at a regular press briefing.