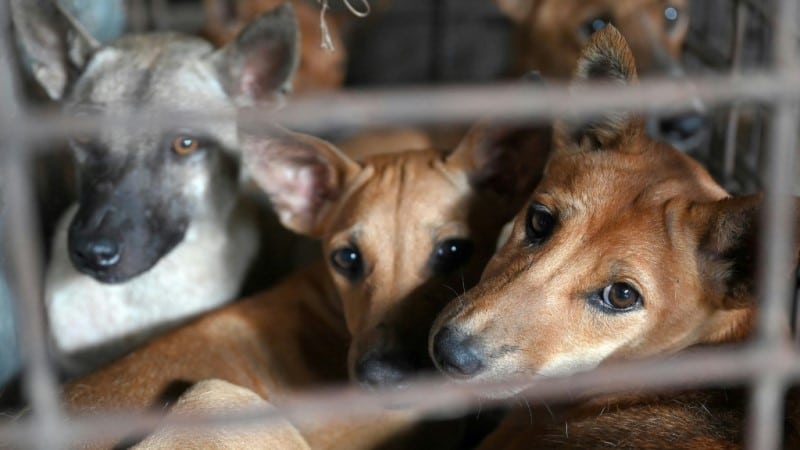 A notorious slaughterhouse in Cambodia that has killed more than a million dogs was closed on Thursday as the country steps up efforts to end the trade in their meat.

Between two and three million dogs are slaughtered annually in Cambodia, according to estimates by animal rights group Four Paws, and there are more than 100 dog meat restaurants in the capital Phnom Penh.

A single slaughterhouse about an hour and a half outside the capital is responsible for all the raw meat supply in the city, but operator Ouk Mol has told AFP he will no longer be killing dogs.

Since he started his enterprise in 1995, business has been brisk for the 50-year-old former soldier, who said he had slaughtered over a million dogs in 25 years. 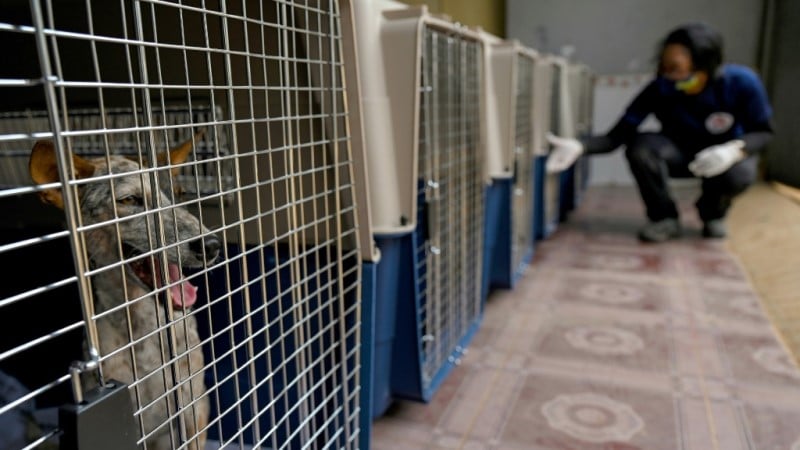 Workers from the Four Paws animal rights group attend to dogs at a closed slaughterhouse in Skun, near Phnom Penh

“But I want to quit the business because I am getting old and a lot of people have criticized me about the dog meat trade,” Ouk Mol said.

Equipped with cages to hold the dogs, two large vats to drown them, scales, and blowtorches for removing fur, the facility slaughtered up to 200 dogs a day.

On Thursday, the day of its closure, 16 dogs were still caged there and were sent by activists to an animal charity for rehabilitation.

The dogs will be offered for adoption abroad.

The operator and his family decided to quit the trade after campaigners from Four Paws offered them financial support to open a grocery store.

Ouk Mol’s wife Sao Phally is glad that they have found a way out. 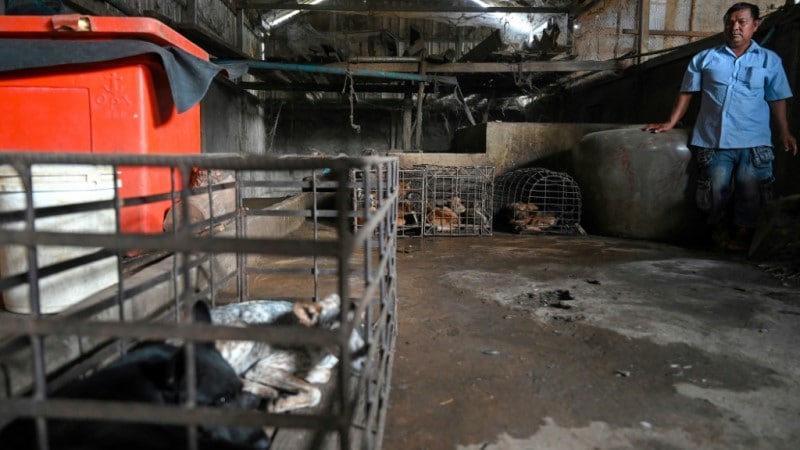 Slaughterhouse owner Ouk Mol stands near dogs in cages during an operation to rescue them in the town of Skun, Cambodia

“We were always worried about sin because of our killing. People looked at us in a bad way,” Sao Phally told AFP.

The Cambodian tourist city of Siem Reap last year banned the dog meat trade, in a big victory for animal rights campaigners who describe the area as the “lynchpin” of the industry.

Dog meat, a cheap source of protein, is eaten in several Asian countries and is more popular in neighboring Vietnam than Cambodia.