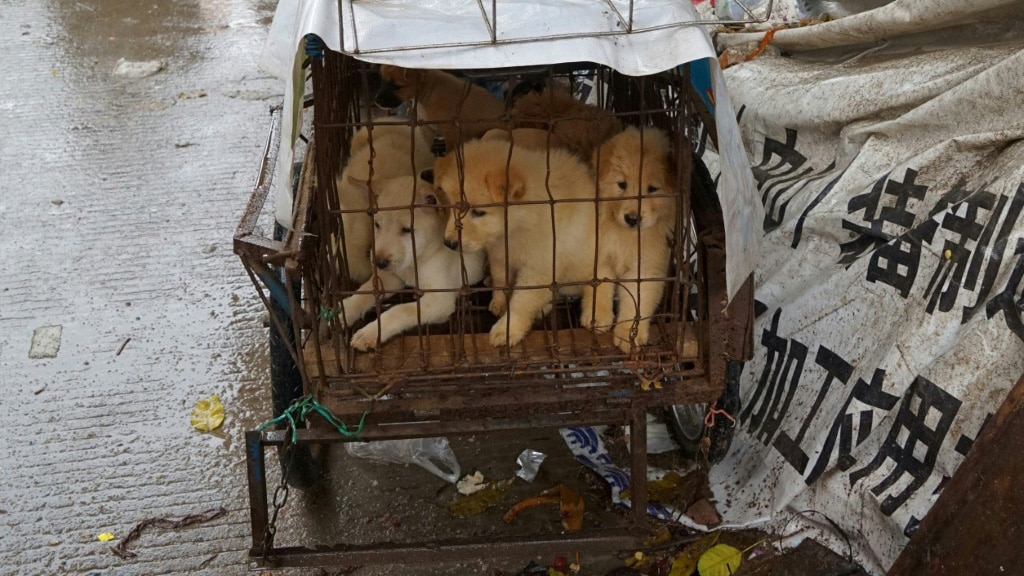 An estimated 10 million dogs are killed each year for China’s dog meat trade, according to rights group Humane Society International

Draft rules by Chinese authorities that specify dogs as “companion animals” rather than livestock were hailed by a rights group Thursday as an “encouraging” step towards ending the dog meat trade in the country.

China’s Ministry of Agriculture and Rural Affairs published a list of animals that can be traded for meat Wednesday that included pigs, cows, chickens and sheep, but excluded dogs and cats.

The new list also specified that livestock refers to animals that have been domesticated and bred by people for a long time in order to provide products such as meat, eggs and fur.

China in recent weeks banned the sale of wild animals for food, citing the risk of diseases spreading from animals to humans.

The illegal animal trade has been blamed for the emergence of the new coronavirus outbreak that has spread across the globe and killed more than 87,000 people.

While trade and consumption made a comeback despite similar measures taken after the 2003 SARS outbreak, there are signs that such moves are being taken more seriously this time.

The southern city of Shenzhen passed a law last week banning the consumption of wild animals, including dog and cat meat, a step also welcomed by animal rights activists.

Humane Society International said in a statement Thursday that the latest draft document “could signal a critically important shift in China’s desire to see an end to the dog and cat meat trade”.

“This is the first time the national government in China has explicitly explained why dogs… are excluded from the official livestock list, stating that these are companion animals and not for eating,” she added.

According to activists, thousands are killed for a festival in the town of Yulin in southern Guangxi province every year, and eaten to mark the late-June summer solstice.