China and India’s Low-Tech Battle at the Border 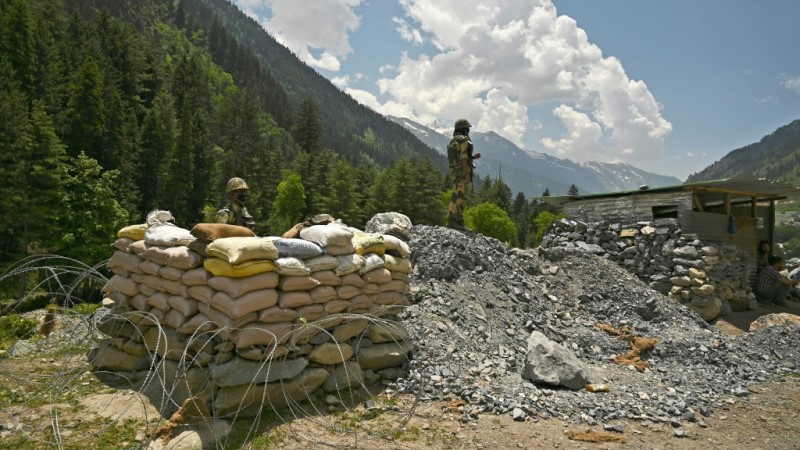 India and China’s militaries have some of the world’s most sophisticated modern weaponry, but their deadliest scrap in over 50 years was fought using fists, rocks wrapped in barbed wire and clubs studded with nails.

There is an understanding between the nuclear-armed neighbors that despite their decades-old failure to demarcate their huge border, their troops in the disputed and inhospitable region will not use firearms.

The several hours of scuffles on Monday, reportedly involving hundreds of soldiers around 4,500 meters (15,000 feet) up in the Himalayas, left at least 20 Indians dead, according to the Indian army.

Indian media claim that 43 Chinese were also killed or seriously hurt — Beijing is yet to give casualty numbers — making it the deadliest encounter since 1967 and the first deaths in fighting since 1975.

But unlike then, this time no shot was fired, with the victims bludgeoned with crude hand-made weapons, hit by stones or punched and shoved off a ridge onto rocks and an icy river below, reports and sources indicate.

Post-mortems so far showed that the “primary reason for death is drowning and it looks like they fell from a height into the water because of head injuries,” one Indian official told AFP.

The NDTV and Network 18 television channels reported that 16 of the Indian soldiers were killed with blunt objects and four fell into the river. 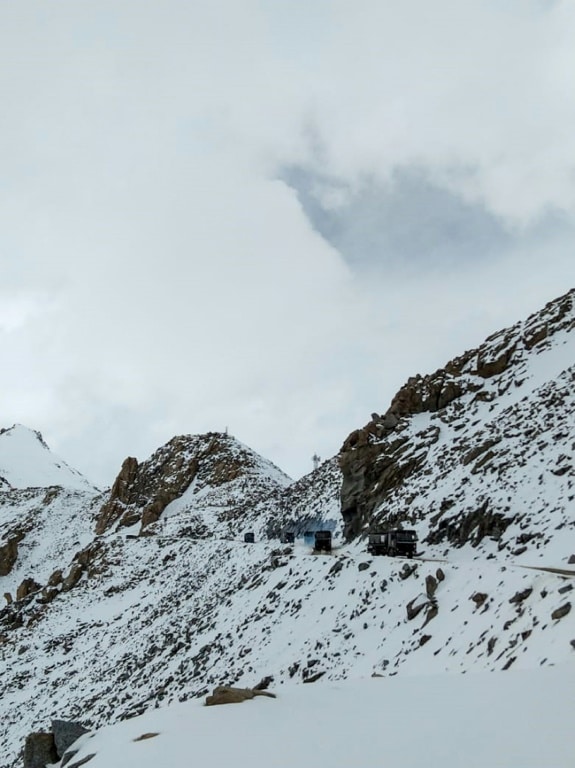 Indian Army vehicles drive on a road near the Chang La pass in northern India’s Ladakh region, near the border with China

According to broadcaster India Today, last week Chinese forces returned and camped in an area that they had previously withdrawn from. Indian troops “dismantled” the camp and a scuffle left several soldiers injured.

The Chinese returned in larger numbers over the weekend and on Sunday stones were thrown. The next evening, on a high ridge with a big drop towards the fast-flowing Galwan river, clashes erupted.

Matters escalated rapidly and several Indian soldiers tumbled into the icy water, while an unarmed Indian patrol team led by Colonel Santosh Babu set out to parley with the Chinese. 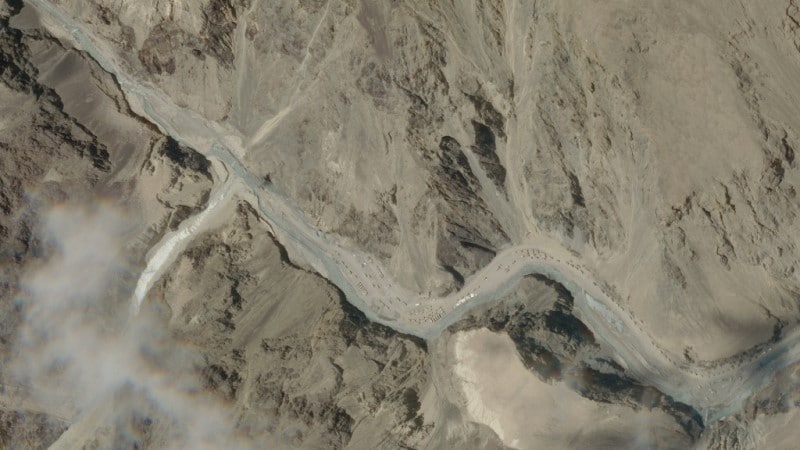 But the Chinese refused to budge and attacked the Indians with boulders, rocks wrapped with barbed wire and clubs studded with nails, Indian reports said. Colonel Babu was seriously injured. He would later die.

Forty minutes later, the same unit led by a major returned and further fighting broke out, this time reportedly involving hundreds of soldiers and the Chinese outnumbering the Indians, raging until after midnight.

“When they (the Indian soldiers) were encountered by the Chinese soldiers they were overwhelmed and many were pushed down a harsh rocky slope,” one security source told AFP. 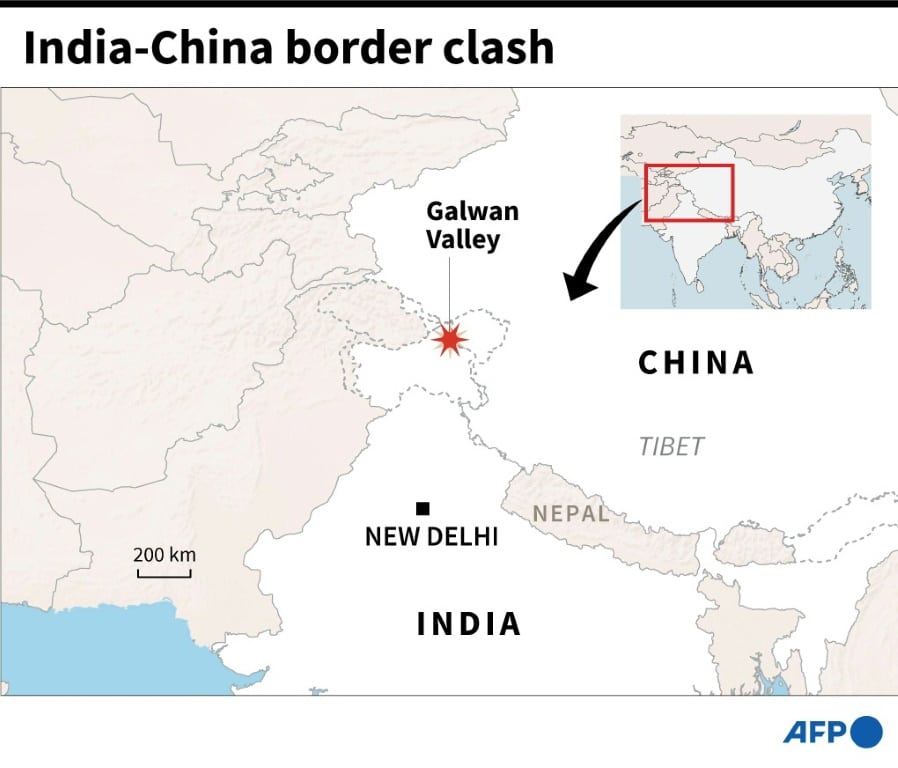 Colonel S Dinny, who until 2017 commanded an Indian battalion in the region, said that the terrain is “extremely treacherous”, with troops having to climb as high as 5,200 meters.

“It’s a cold desert,” he told AFP. “It takes a toll on the body and mind. The oxygen level is only 60 percent of what is available in cities like Delhi, Mumbai.”

The area “is not demarcated on the map, there is no boundary. The maps have not even been exchanged so that the other person knows what someone is claiming. There are no boundary markers,” Dinny said.

But retired lieutenant general DS Hooda, who headed the army’s Northern Command, said that there are detailed protocols that have ensured misunderstandings usually do not escalate — starting with the no-guns policy.

“If patrols come face to face, they will stand at a distance and unfurl banners. India‘s banner will show the Chinese are in their territory with a ‘Go Back’ and vice versa for China,” Hooda told AFP.

“These are the sort of protocols that have been laid down by both countries and largely these protocols have been followed in the past and things have remained peaceful,” he said.

“What we are seeing right now is a complete breakdown of the protocol,” he said.

“In our time we revisited our protocol and our rules of engagement so that any disagreements can be handled in a more military fashion — rather than fighting it out like goons on the street.”

by Aishwarya Kumar with Parvaiz Buhkari in Srinagar