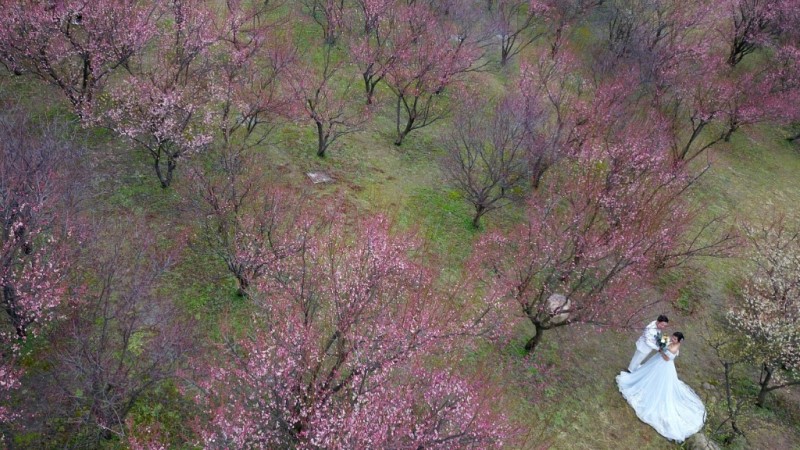 Counseling is offered to couples in China before they tie the knot, but it is not clear whether it would be mandatory, or who would pay for it

Marriage breakups have surged over the last two decades as divorce laws were liberalized and many women have become more financially independent, choosing careers first and families later.

Last year 4.15 million Chinese couples untied the knot, according to the Ministry of Civil Affairs — up from 1.3 million in 2003, when couples were first allowed to divorce by mutual consent without going to court.

In a bid to stop the trend, marriage registration bureaus across the country should offer premarital counseling services to prevent disputes “from the get-go,” according to a directive issued Tuesday by the civil affairs ministry and the All-China Women’s Federation.

It is not clear whether it is mandatory for all couples to seek counseling before getting married, or who would pay for it.

Rising divorce rates have become a headache for officials who want to boost birth rates and prevent China from graying before it gets rich.

But state interference in private relationships has sparked outrage in the past.

A month-long cooling-off period for couples filing for divorce — included in a civil code that takes effect next year — was met with widespread online criticism when it was approved in March.

The country’s marriage rate hit an 11-year low in 2018, with only about 10.14 million couples tying the knot, down 4.6 percent from the previous year, data from the civil affairs ministry showed.

The guidelines have been met with derision, with over 670 million views on the hashtag “My country wants to strengthen marriage registration” on popular social media app Weibo.

Some said the edict was misdirected.

“What’s the point in only counseling couples when in-laws and traditional filial duties are the biggest problem?” wrote one Weibo user.