China Says Bus Blast That Killed 12 in Pakistan Was ‘Bombing’ 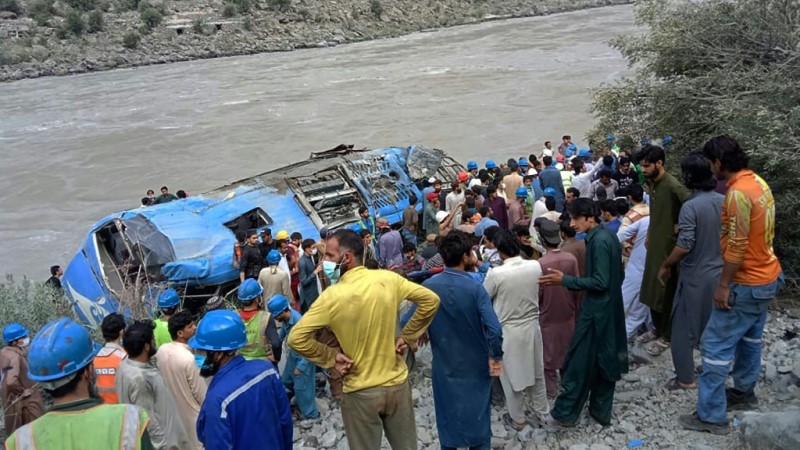 Beijing said nine Chinese workers were among 12 people killed Wednesday by a bomb attack on a bus in northwestern Pakistan and called for severe punishment, but Islamabad blamed the explosion on a “gas leak”.

The bus was carrying around 40 Chinese engineers, surveyors and mechanical staff to a hydropower dam construction site in Khyber Pakhtunkhwa province.

Islamabad is Beijing’s closest regional ally, but the security of Chinese workers has long been of concern in Pakistan.

Large numbers of them are based in the country to supervise and build infrastructure projects. 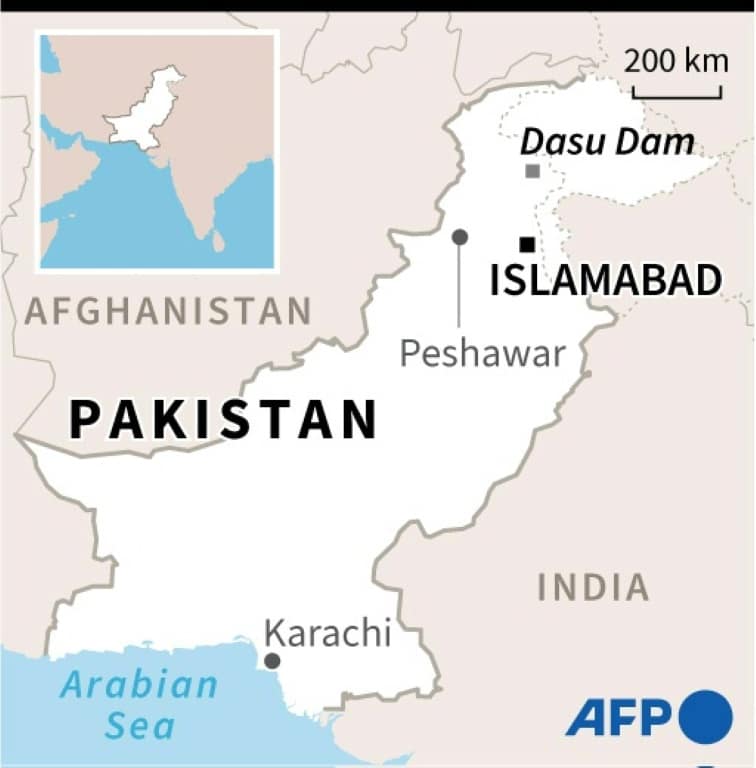 Map of Pakistan locating the Dasu dam site in Kyber Pakhtunkhwa, where workers were heading July 14 when a blast on their bus left 13 people, including 9 Chinese nationals dead.

Pakistan’s foreign ministry in a statement said the bus “plunged into a ravine after a mechanical failure, resulting in leakage of gas that caused a blast”.

He urged Pakistan to “severely punish” those responsible and “earnestly protect” Chinese nationals and projects.

The Chinese embassy in Islamabad also earlier said its nationals had come under “attack”.

Both countries said nine Chinese workers and three Pakistanis had died in the disaster which happened at around 7:00 am.

Arif Khan Yousafzai, a senior government official in Kohistan district where the blast happened, said around 28 people were also injured.

They were airlifted to hospital by the military, officials said.

Construction of the Dasu dam on the Indus River began in 2017 and was scheduled to be built within five years, according to the Pakistan Water and Power Development Authority.

In April, the Pakistani Taliban claimed responsibility for a deadly suicide blast at a luxury hotel hosting the Chinese ambassador, who was unhurt, in southwest Balochistan.

The group has recently claimed a string of attacks — not only in Pakistan’s restive tribal areas along the Afghanistan border, but also in the country’s cities, including the capital, Islamabad.

Beijing has poured billions of dollars into Pakistan in recent years to boost the country’s infrastructure.

But Chinese-funded projects have sparked resentment, particularly among separatist groups, who say locals see little benefit, with most jobs going to outsiders.

In 2019, gunmen stormed a luxury hotel in Balochistan overlooking a flagship Chinese-backed project — the deep-water seaport in Gwadar that gives strategic access to the Arabian Sea — killing at least eight people.

And in June 2000, Baloch insurgents targeted the Pakistan Stock Exchange, which is partly owned by Chinese companies, in the commercial capital of Karachi.