Afghanistan to Rush Troops to Border as Taliban Extend Gains 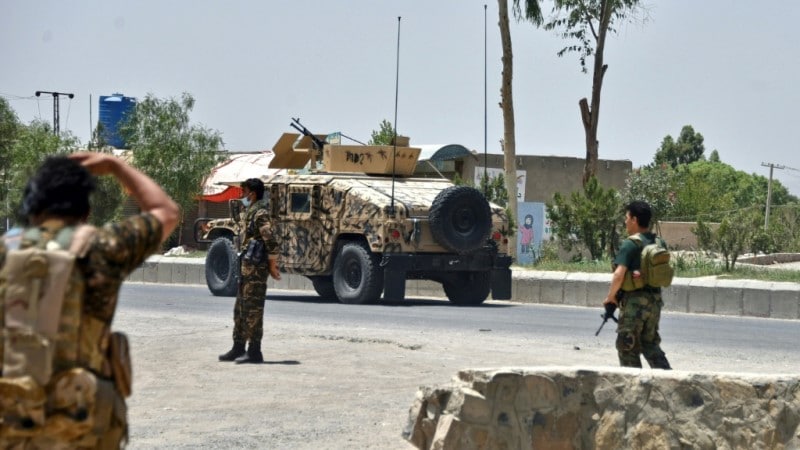 Afghan authorities prepared Saturday to try to retake a key border crossing seized by the Taliban in a sweeping offensive that the insurgents claim has helped capture a vast swath of the violence-wracked nation.

As US troops continued their withdrawal, the Taliban said its fighters had seized two crossings in western Afghanistan — completing an arc of territory from the Iranian border to the frontier with China.

It now held 85 percent of the country, a Taliban official said Friday, controlling about 250 of Afghanistan’s nearly 400 districts — a claim impossible to independently verify, and disputed by the government.

Beijing, meanwhile, which has criticized Washington for its hasty withdrawal, urged its citizens to leave the country “as soon as possible” after evacuating 210 nationals.

The “complex and severe domestic security situation” prompted the evacuation warning, the foreign ministry said, adding that 22 of those flown out tested positive for coronavirus on arrival in China. 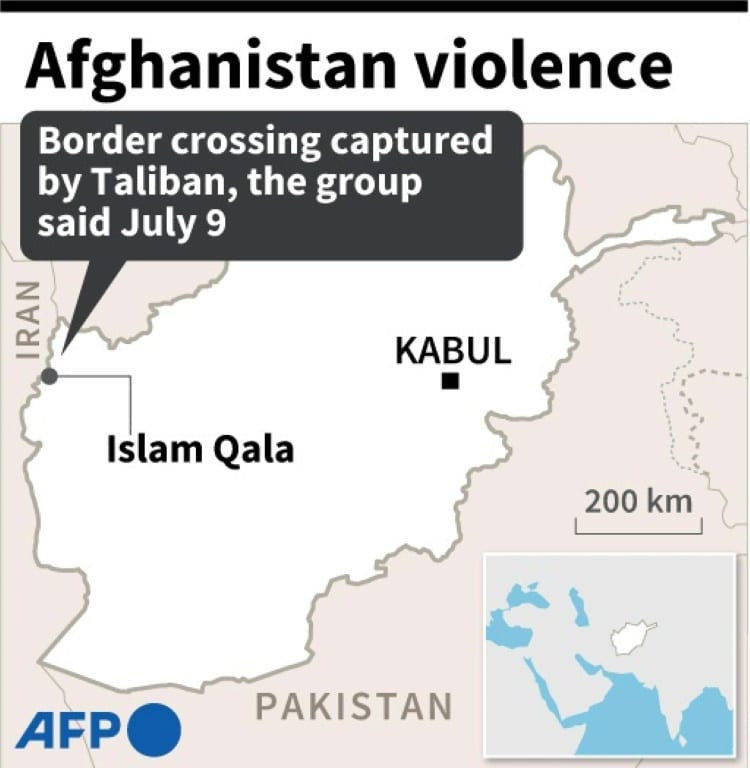 Map of Afghanistan locating the Islam Qala border crossing with Iran, captured by the Taliban, the insurgent group said on Friday

On Friday Taliban spokesman Zabihullah Mujahid told AFP their fighters had captured the border town of Islam Qala on the Iranian frontier and the Torghundi crossing with Turkmenistan.

“They will be sent there soon,” he told AFP.

The Afghan government has repeatedly dismissed the Taliban’s gains as having little strategic value, but the seizure of multiple border crossings and the taxes they generate will likely fill the group’s coffers with new revenue.

In a clear sign fighting was getting closer to major urban centers, an official at one hospital in Kandahar — the country’s second-largest city and the birthplace of the Taliban — said Saturday dozens of wounded had been admitted in the past 24 hours, including at least 15 service members.

With the Taliban having routed much of northern Afghanistan in recent weeks, the government holds little more than a constellation of provincial capitals that must largely be reinforced and resupplied by air.

The air force was under severe strain even before the Taliban’s lightning offensive overwhelmed the government’s northern and western positions, putting further pressure on the country’s limited aircraft and pilots.

On Thursday President Joe Biden said the US military mission would end on August 31 — nearly 20 years after it began — but he admitted it was “highly unlikely” Kabul would be able to control the entire country.

“The status quo is not an option,” Biden said of staying in the country. “I will not send another generation of Americans to war in Afghanistan.”

Biden said the Afghan people alone should determine their future, but he acknowledged the uncertainty about what that would look like.

Asked if a Taliban takeover was inevitable, the president said: “No, it is not.” 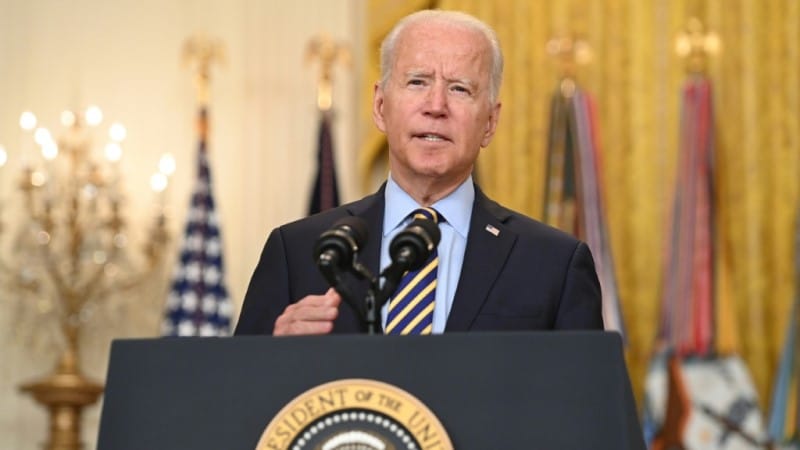 Afghan commandos clashed with the insurgents this week in a provincial capital for the first time, with thousands of people fleeing Qala-i-Naw in northwest Badghis province.

On Friday the Afghan defense ministry said government forces had “full control” of the city, but a local official said on Saturday the insurgents had attacked again during the night.

On Saturday, the Taliban also claimed to have captured a district in the province of Laghman, neighboring Kabul.

Around 100 kilometers (60 miles) from the Iranian border, Ismail Khan — a veteran warlord whose fighters helped US forces topple the Taliban in 2001 — vowed to back government forces fighting against the insurgents.

“We will soon go to the front lines and with the help of God change the situation,” Khan told reporters in the western city of Herat.

On Saturday, hundreds of Khan’s fighters deployed across the city and manned its gates, an AFP correspondent reported. 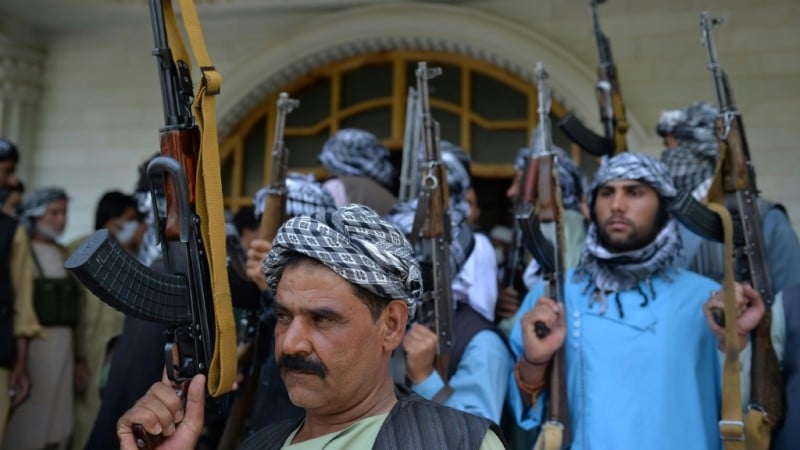 US Pushes for Deal

The Taliban have been emboldened by the US troop withdrawal and — with peace talks in Doha deadlocked — appear to be pressing for a full military victory.

Still, on Thursday, Suhail Shaheen, a member of the Taliban negotiating team, insisted the insurgents were seeking a “negotiated settlement”.

But President Ashraf Ghani said the insurgents were not interested in talks.

“When one side wants negotiations but the other side doesn’t want to talk, is that right?” he said in a speech on Saturday.

US Defense Secretary Lloyd Austin called for international pressure to force a deal.

“The entire world can help by continuing this push,” he said in a tweet.

The Pentagon chief did not specify which countries he was urging to help, but Pakistan is widely believed to have significant influence over the insurgents.

In recent weeks China, another neighbor, has harshly criticized what it sees as a hasty and chaotic withdrawal by Washington.

“The US disregards its responsibilities and duties and withdraws troops from Afghanistan hastily, dumping the mess and war on the Afghan people and countries in the region,” foreign ministry spokesman Wang Wenbin told a routine briefing Friday.

“The US, as the original culprit of the Afghan issue, bears unavoidable responsibility.”

by Jay Deshmukh with Aref Karimi in Herat