Zhang Fangyong “hits the mitts” during training at his Beijing gym

The retired American superstar could earn hundreds of millions of dollars from a bout, but China’s Zhang sometimes fights for nothing and supports himself by making deliveries on his motorbike.

The 26-year-old bantamweight has recovered from losing three of his first four fights to improve his win-loss-draw record to 14-3-1, with three wins by knockout.

But it is Zhang’s determination to pursue his career despite numerous obstacles that has won him the hearts of Chinese sports fans and the admiration of the wider public.

His story was part of a recent Chinese government-backed documentary film, “Changing China”, which charts the progress of the world’s most populous country through the stoic battles of ordinary young people trying to get by. 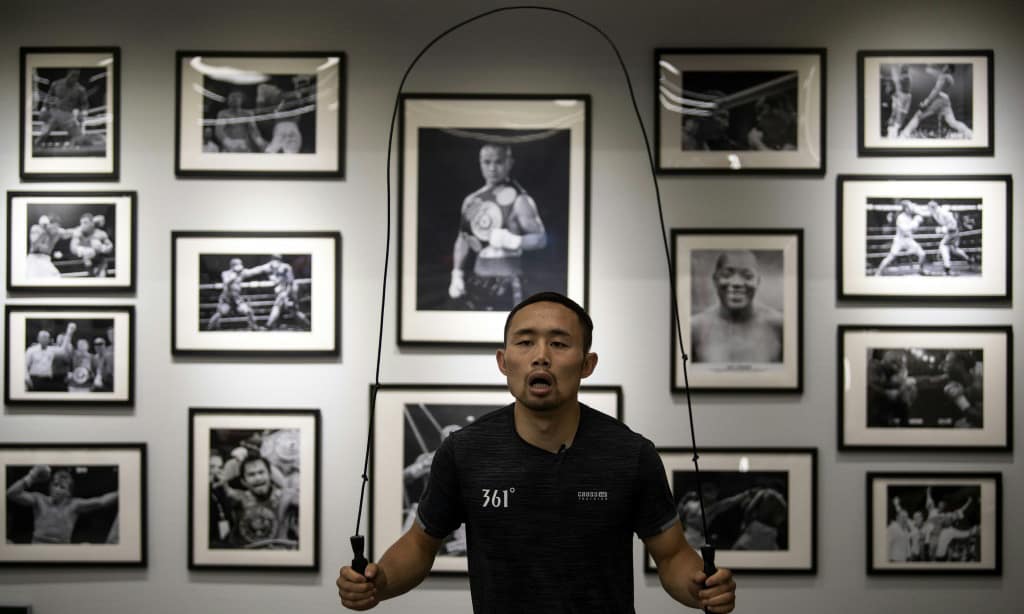 The good-natured Zhang, who grew up in rural poverty, earns so little from the sport that he has taken on an array of menial jobs to keep his boxing dream alive.

He was a security guard but was fired after a few days because he was deemed too small. He also previously worked in a restaurant kitchen, in home removals and construction.

His job as a delivery driver, first in the city of Kunming and now in the capital Beijing, comes with its own challenges.

“I chased the person wildly for more than two kilometres but I couldn’t catch up with him,” he said in an interview at Beijing’s M23 Boxing Club, home to WBA featherweight world champion Xu Can.

“A delivery person always protects his meal, no matter what,” Zhang said, adding that he held on to the takeaway even while chasing the thief.

I Didn’t Give In

Once the adrenaline wore off, the helplessness of his situation came crashing down on him.

“Suddenly my scooter was stolen and I felt it really seemed that the world was very unfair to me,” said Zhang, who is now back on the road with a replacement.

Zhang’s determination was forged during a tough childhood in a village several hours outside China’s southwestern megalopolis of Chongqing.

The nearest town was a hike down a mountain from Zhang’s home, where his mother raised pigs and chickens and sold eggs to keep the family afloat. His father worked away from the village.

Zhang started out in martial arts but his interest in boxing was piqued when he saw a documentary about the rags-to-riches story of Philippines boxing great Manny Pacquiao. 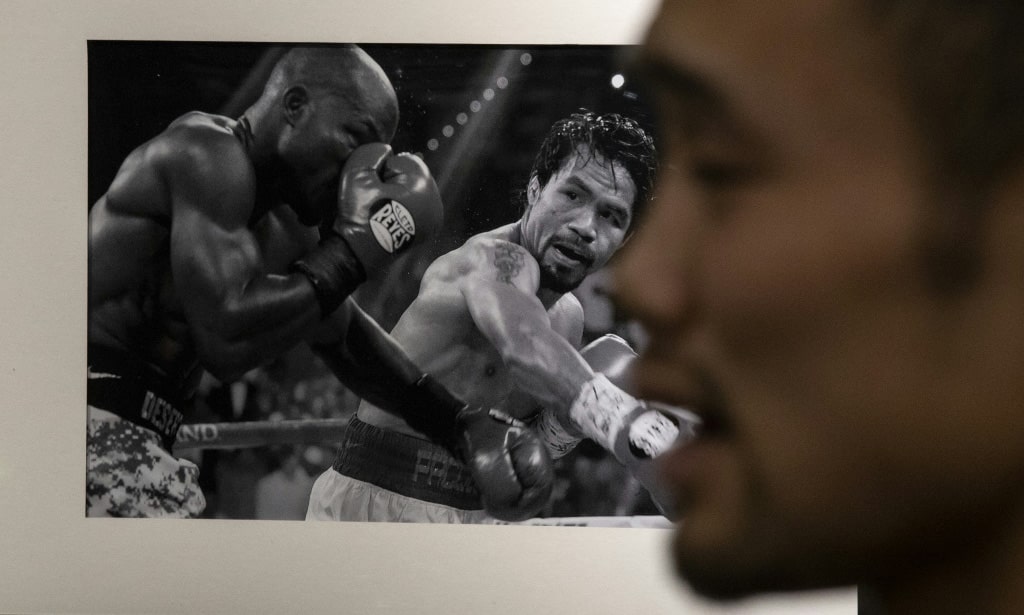 But if he hoped that he could one day earn a fortune to rival Pacquiao’s, he was badly mistaken.

Before this year, Zhang’s highest appearance fee for a fight was just 3,600 yuan ($520), hence the need to juggle boxing with odd jobs.

Zhang admits that he does not have the raw talent of someone like Pacquiao and boxing — which was banned under Mao Zedong — is not yet developed enough in China to provide a reliable living.

But what he lacks in talent Zhang makes up for in hand speed, heart and a desire to make his family and supportive girlfriend proud. 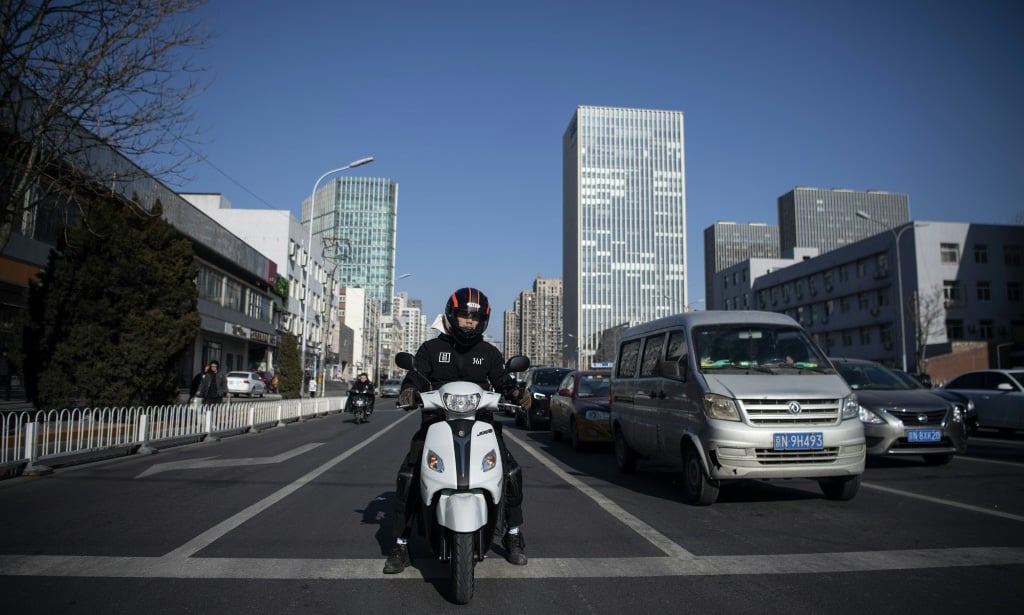 “What we have to prove is my spirit, my willpower, and that while I may be lacking technically, I will improve,” said Zhang, whose goal is to become an Asian champion.

“I’ve worked hard, I didn’t give in, and I’m here now, in the best boxing club in China.

“This shows that as long as you are willing to work hard and believe, I can stand here too.”

He looks once more at pictures on the gym wall of Mayweather, Pacquiao and champion compatriot Xu. “Maybe one day my photos will be posted there too.”

PICTURES BY NOEL CELIS/afp
by Peter STEBBINGS / with Kelly Wang