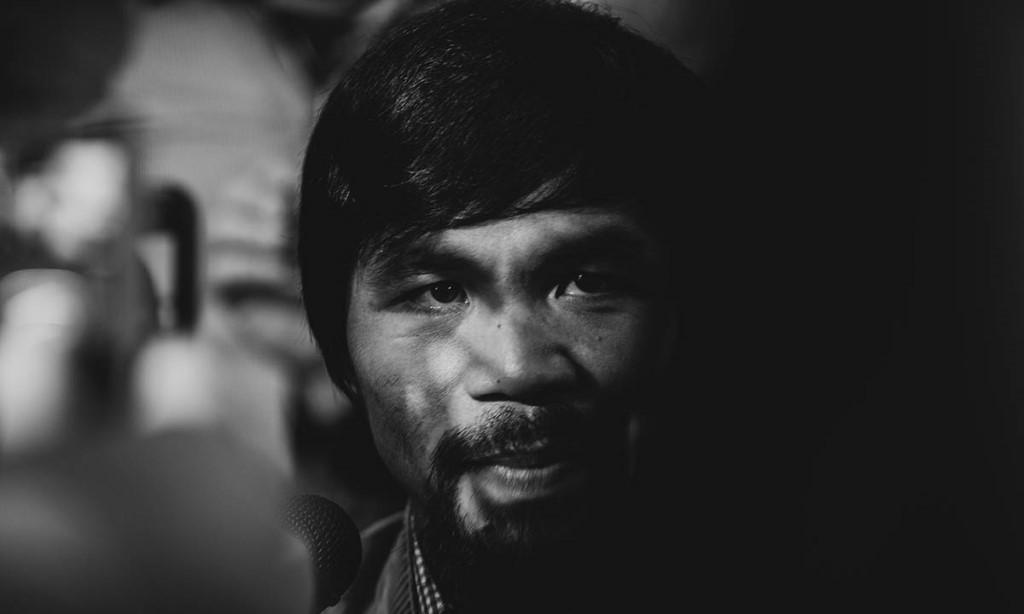 Boxing to music to politics— what can’t this man do?

What would be better— to be a jack of all trades or the master of one? The never-ending debate continues to live on, but surely, there must be an answer. The supreme resolution is to be both, and yes, that’s pretty hard to find but not impossible. And the Philippines’ number one boxer, Manny Pacquiao, may just be a shining example of that. Nicknamed the Pac-Man, the Mexicutioner and the Destroyer, one could only presume that this man’s got a fatal fighting spirit bound to strike awe to his every audience.

Manny Pacquiao is considered one of the world’s greatest boxers, emerging victorious in championship titles in more weight classes than any other existing boxer in the industry. Not only has he made a statement all over the globe with his athletic career, he maintains a position in his country’s government office as a senator, and before that, held a seat in the House of Representatives.

Born in 1978, Pacquiao was raised in Bukidnon, a province in the Philippines known for its fertile land grounded on a plateau surrounded by canyons and rivers. Growing up with four siblings in an impoverished area, times were hard. Making matters worse, his parents separated when he was 12. Two years after, Pacquiao had to drop out of high school due to the lack of funding. He left home soon after. By the age of 16, he had started boxing professionally. 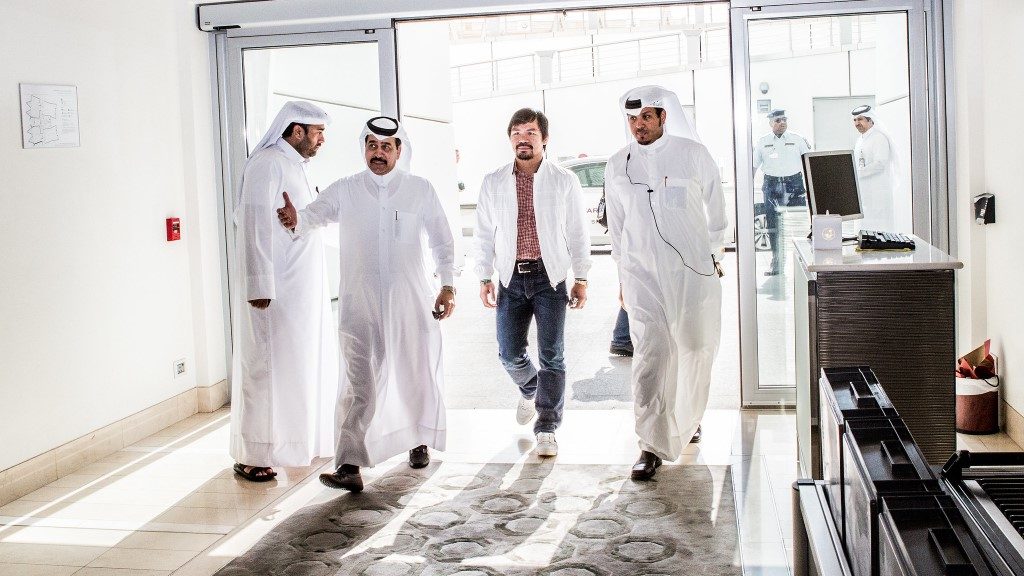 Pac-Man: An Identity Lying in Many Facets

By 1998, Pacquiao went on to win the WBC flyweight championship against Thailand’s Chatchai Sasakul— it was his first major win. His reputation and victories grew like wildfire and soon it was impossible, a crime even, not to know who Manny Pacquiao was. What cemented his identity as the world’s greatest boxer was his battle with American boxer Oscar Dela Hoya in 2008, ten years after his very first championship triumph. The brawl produced $70 million from viewers and that’s only just from its pay-per-view format.

The calculated movements, intricate footwork and beefy jabs are only some of the aspects as to why Pacquiao is loved by his fans. Outside of the ring, he carries an undeniable charm and quirkiness which are fitting qualities of his ethnicity. In 2003, Pacquiao was voted the Philippines’ Person of the Year, surpassing the country’s president at the time, Gloria Macapagal Arroyo. For the 2000s, he was appointed as Fighter of the Decade with Floyd Mayweather as second best. 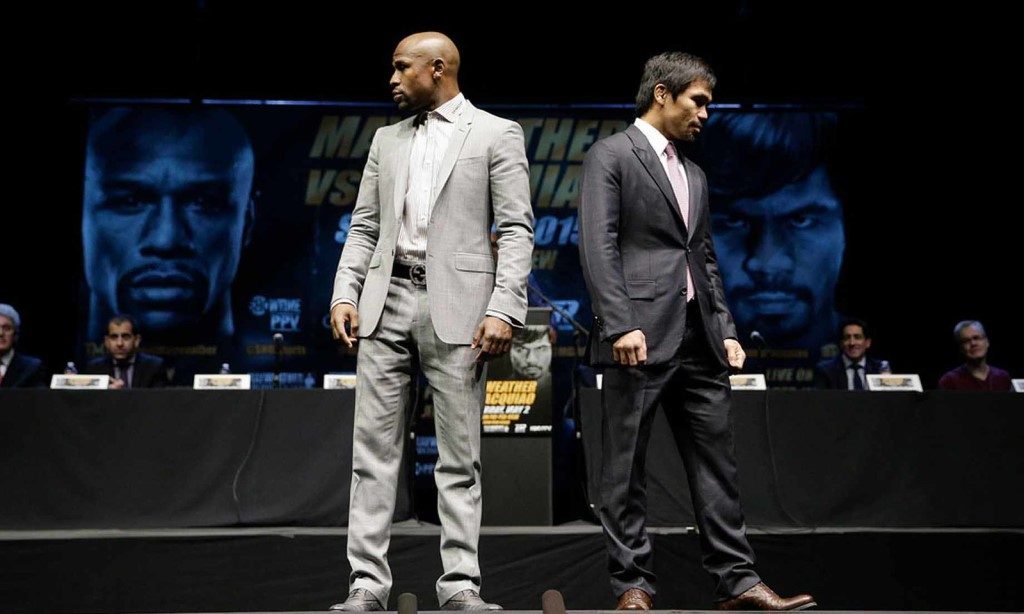 From conquering the world of boxing to representing his country in the Senate, Pacquiao has achieved much in his life. He stays true to his origin, showing off his vocal abilities (another classic Filipino skill) in two albums and dozens of collaborations with other artists. In terms of his achievements, there’d be way too many to list down. Save some time and look out for Manny, a documentary about his life that was released in 2014.

Pacquiao was set to take on Keith Thurman, a much younger and deadly foe, in Las Vegas. Both athletes have been the top welterweights in the world at a single point in their careers. This brought forth some concern. Bob Arum stated in an interview that he worries for Pacquiao’s health. He pointed out that Pacquiao no longer has the same coordination he once had in his prime. Arum fears that the boxer may face brain damage. He stated in an interview:

“You’ve got to realize that he’s 41 years of age, and when a fighter who’s been around for so long passes his late 30s and goes into his 40s, he is not going to be as good as he was in his prime. I hope he wins the fight but I am concerned, as I would be for any fighter, that when they get to a certain age, they probably shouldn’t be fighting anymore. It would be the worst thing in the world if Manny Pacquiao suffered brain damage at this point.” 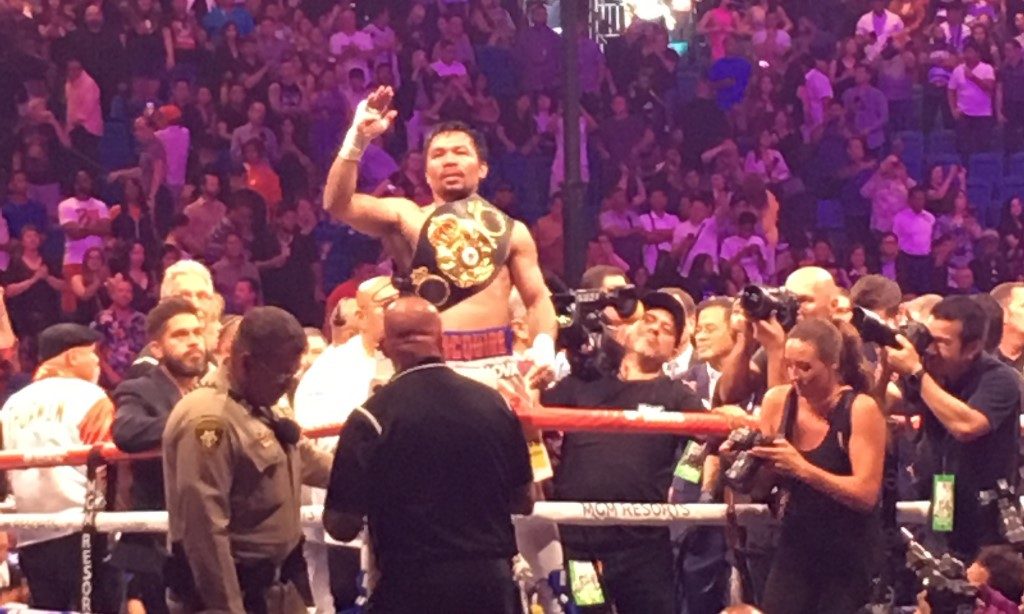 The concern is kind, but the Pac-Man emerged victorious against Thurman in the championship. And he is just fine. He loves to declare, “I feel like I’m a 20-year old.”

In the throes of pain, poverty and separation, this man managed to climb the ladder and find success. He can get through anything.