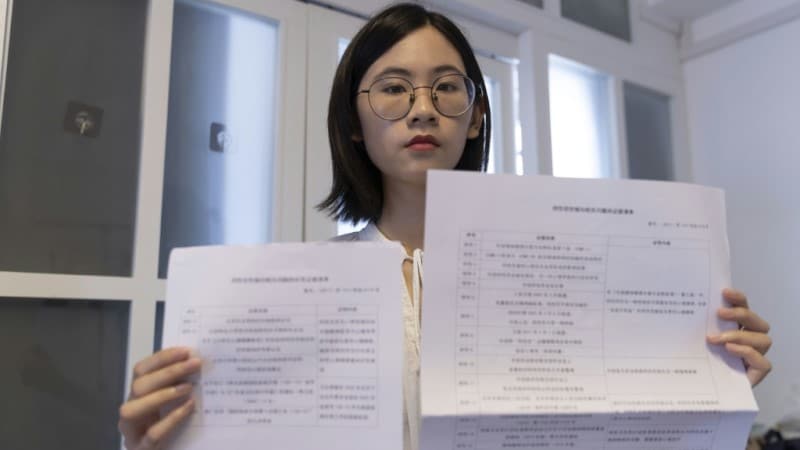 A Chinese LGBT activist has lost her legal bid to get a university textbook corrected for describing gay people as suffering from a “common psychosexual disorder”.

So Xixi, who uses a pseudonym, resorted to consumer protection laws in an effort to prove the Jinan University Press book contained more errors than permitted, and was therefore not suitable for sale to the public.

The 23-year-old hired a proofreader and claimed that, including typos and other infelicities, 0.19 percent of the book was inaccurate — almost double the level allowed by law.

But after a three-year effort and an eventual court hearing, the case was thrown out.

“I feel sad. I don’t know how to handle the disappointment suffered by the whole of our community,” Xixi told AFP from Hong Kong, where she is currently based, adding she would appeal.

The verdict is a blow to China’s LGBT community, many of whom say they have been facing mounting pressure in recent years.

Last month the country’s longest-running LGBT group, ShanghaiPRIDE, said it was stopping all its activities and events for safety reasons.

Xixi, who is originally from Guangdong in southern China, says she has experienced homophobia throughout her time in the Chinese education system from teachers, classmates and in teaching materials.

“The entire social atmosphere of mainland China is incredibly homophobic,” she said.

Some LGBT-related lawsuits have won in China, including the landmark case of a transgender woman who sued her employer for discrimination, after being fired for taking leave to undergo gender reassignment surgery.

“If more LGBT people are willing to stand up for their rights, this will further increase their visibility in society, and people’s awareness of sexual minorities will slowly change, hopefully for the better,” said Xixi’s lawyer Yu Liying.