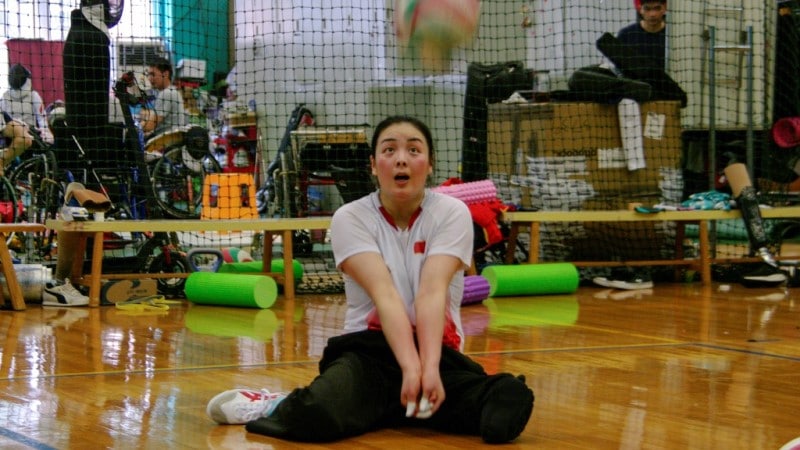 Tang Xuemei is a Paralympic gold-medallist in sitting volleyball

Tang Xuemei was just a teenager when her school dormitory began shaking violently before the floor crumbled in a powerful earthquake, sending her spiralling into a dark void.

But 13 years on from the trauma of losing part of her leg in a disaster that left nearly 90,000 people dead or missing, she is a Paralympic gold medallist and will again represent China in Tokyo in sitting volleyball.

She will do so with a smile on her face and a resounding message for others with disabilities.

“We are no worse than others,” Tang, taking time out of training in Shanghai for the August-September Paralympics, told AFP in written remarks. 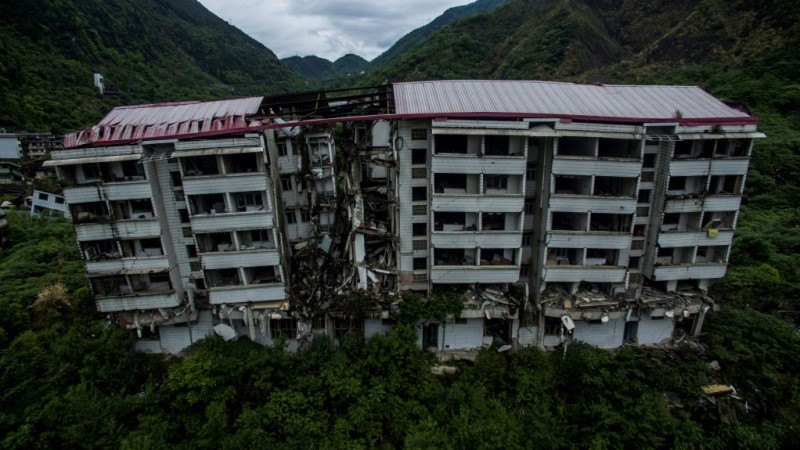 Tens of thousands of people died in the 2008 Sichuan earthquake

“Even if we have such an unfortunate experience, we will still face it with a smile and work harder and bravely to pursue our dreams.”

The 7.9-magnitude Sichuan earthquake of 2008 is seared into China’s collective memory not only because so many people died but also because children and teenagers, including Tang, were prominent among the victims.

An outpouring of grief soon turned to fury as it emerged that thousands of children were killed in 7,000 schools that collapsed, sparking allegations that corruption had led to shoddy building work.

Now 27, Tang declined to answer questions about the fateful moment the quake brought her school down — the issue remains highly sensitive in China even today.

But in a recent interview with the official website of the International Paralympic Committee (IPC), she described in detail the experience of running for her life and the dormitory floor disappearing beneath her feet.

When she came to, the then 14-year-old found herself buried, her left leg pinned down by rubble.

She would wait in eerily dark silence for 28 hours before she was rescued.

“Between life and death, you only think of the people that matter to you the most,” Tang told the IPC.

“And thinking of my parents, I knew that I cannot die, I had to live.” 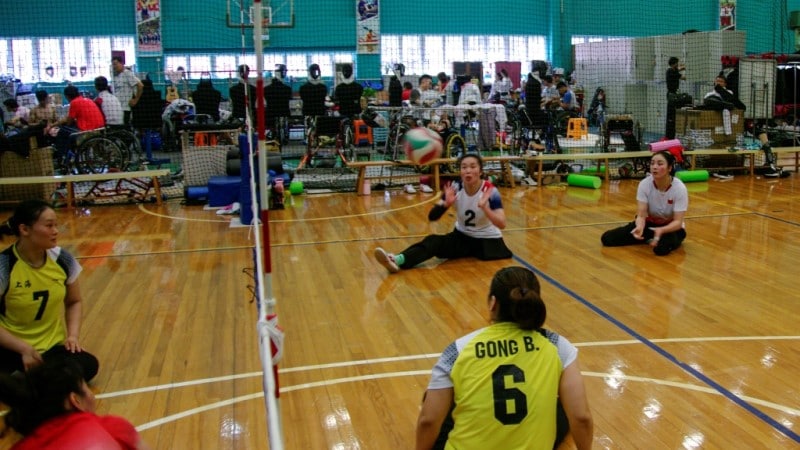 In her remarks to AFP, Tang states matter-of-factly that she had part of her leg amputated and that “the state provided help for the children affected by the earthquake”.

But her comments masked the heartache that came with that life-changing decision.

Her parents begged doctors not to amputate, fearing what kind of future Tang would have as a disabled person.

In the end, it was the teenage Tang who told them that if they did not sign the consent form, she would sign it herself because she feared she would die without the operation.

But with her impairment, Tang became withdrawn, her path in life unclear.

Tang picks up the story of what happened next and how it ultimately led her to where she is today — a gold medallist at London in 2012 and eyeing more success in Tokyo.

“I put on a prosthetic limb and the joy of standing up again alleviated my worries about the future,” she told AFP.

“Fortunately, I came across sitting volleyball by chance after taking part in a competition for disabled children and teenagers.”

Tang, who had always been sporty, was immediately struck by the confidence the young volleyball players exuded despite their disabilities.

She would later go on to win a place on Shanghai’s sitting volleyball team and honours followed with China, who should be serious title contenders again in Tokyo.

Tang is relishing the prospect of “winning glory for my country”.

But more than that, sitting volleyball gave her renewed self-worth and she sees the Paralympics as “a higher platform to realise more the value of life”.

“Sport can help us rehabilitate physically and mentally,” she added.