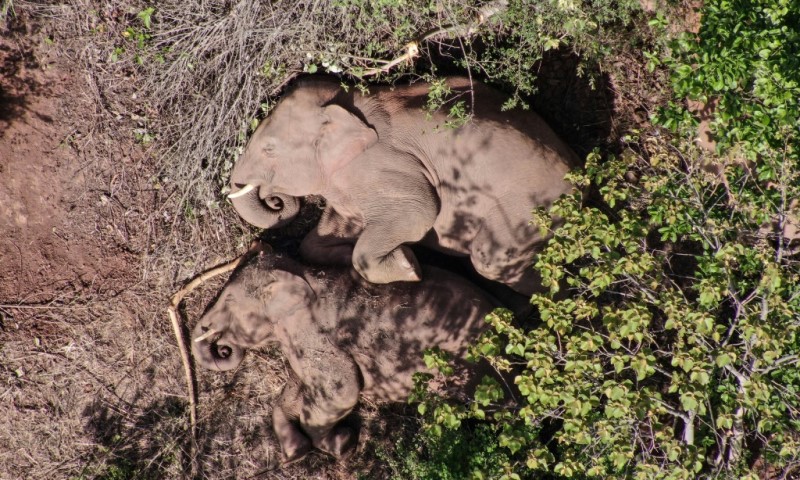 A herd of elephants has wandered 500 kilometers north from their natural habitat in southern China, captivating social media

A lone elephant who broke away from a herd marching through southern China has been captured and returned to a nature reserve, officials said, in the latest twist for a journey that has caused chaos but captivated Chinese social media.

He was part of a herd of Asian elephants that has spent months rambling across the province, travelling over 500 kilometers (310 miles) from the nature reserve in one of the longest ever animal migrations of its kind in China.

Since setting off in spring last year they have pilfered shops and trampled crops worth over $1 million, and thousands of residents have been evacuated from their path.

The solo 10-year old strayed from the group a month ago. 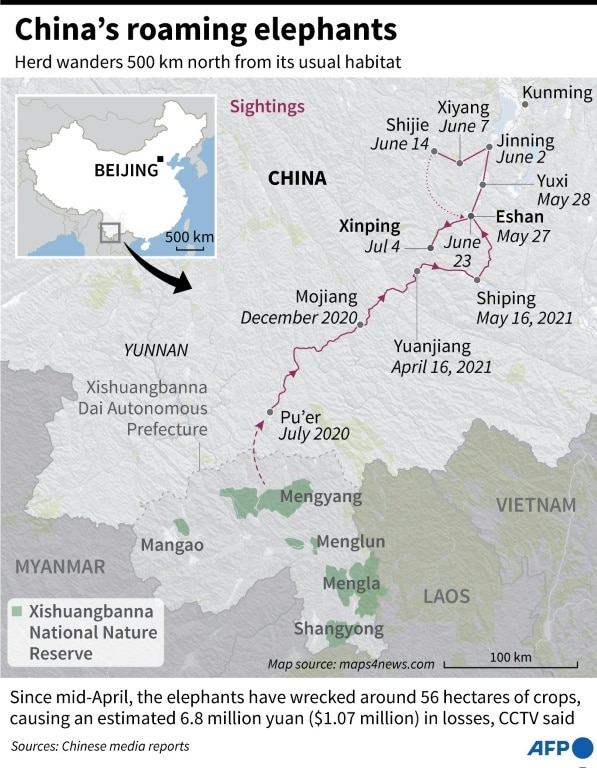 Map of China’s Yunnan province, showing the route a herd of wild elephants has taken since leaving the Xishuangbanna National Nature Reserve in the spring of 2020

On Wednesday the animal, weighing over 1.8 tons, was tranquilized and taken to the Xishuangbanna National Nature Reserve, the wildlife department in Yunnan province said.

It did not specify how he was transported some 530 kilometers back to the reserve.

After being released in the reserve, state broadcaster CCTV showed him foraging for food among lush green foliage before taking a dip in a river.

Male elephants usually leave their mother’s herd to live alone or in small groups with other males as they reach sexual maturity.

Scientists are still baffled by what prompted the elephants to leave their home at the Xishuangbanna National Nature Reserve, on the border with Laos.

But their mammoth trek has helped highlight habitat loss and conservation challenges in one of the few places in the world where wild elephant numbers are on the rise.

China’s wild elephant numbers have doubled to over 300 in the past three decades — but their habitats have shrunk by nearly two-thirds over the same period.