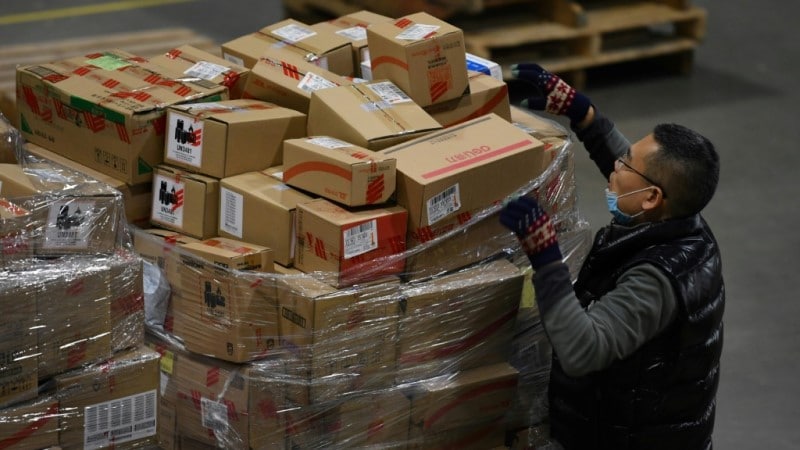 Hundreds of millions of Chinese shoppers went online to snap up bargains from ecommerce stores run by Alibaba and JD.com

Hundreds of millions used online stores to scoop up bargains in the Singles’ Day consumer marathon that dwarfs the US “Black Friday” phenomenon.

Everything from jewellery and video games to furniture and food was sold on the country’s biggest e-commerce platforms run by tech titans Alibaba and JD.com.

While “Singles’ Day” — so-called for its annual 11.11 date — has long been a 24-hour event, its creator Alibaba has expanded it to an 11-day promotion beginning November 1. 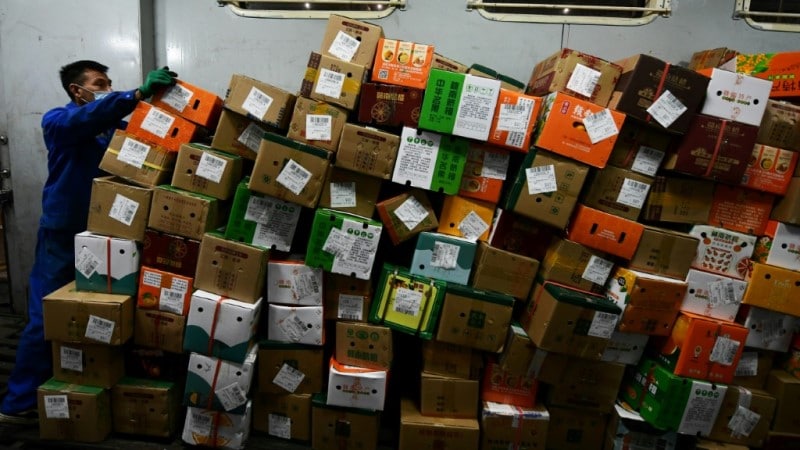 Alibaba said Thursday it took 498.2 billion yuan ($74.1 billion) worth of orders during the extravaganza, a 26 percent rise on the same period last year, while JD.com recorded sales valuing 271.5 billion yuan.

However Alibaba did not publish a tally for Wednesday’s takings, making it hard to directly compare sales. Last year, sales on Alibaba platforms alone for the 24-hour period totaled $38.4 billion.

This year’s event took on even more significance as it was seen as a bellwether of consumer sentiment in the world’s number two economy as it recovers from the pain of coronavirus lockdowns.

“We have benefited from the robust recovery of consumption in China,” Jiang Fan, president of Alibaba’s Tmall and Taobao shopping sites, said in a statement Thursday.

As the country emerges from the effects of the virus and containment measures, the recovery in retail sales has lagged that seen in industrial sectors, but analysts have said it is gaining pace. And the temptation of a bargain helped that recovery.

I Assume I Have Saved a Lot

“I deliberately stayed up until after midnight so I could buy the robotic vacuum cleaner that I had been eyeing for weeks now,” Liu Yu, a worker in Beijing, told AFP.

And Sam, a Tianjin-based student, said: “I was waiting for this day — I had put tons of stuff in the cart already days before Singles’ Day, and when the day came, I didn’t even check what the discount actually was, I just clicked ‘confirm’ and bought them all.

“I assume I have saved a lot.”

Conceived in 2009 by Alibaba as an antidote to Valentine’s Day, the event falls on the eleventh day of the eleventh month, and was meant to be an occasion for individuals to treat themselves to something new. 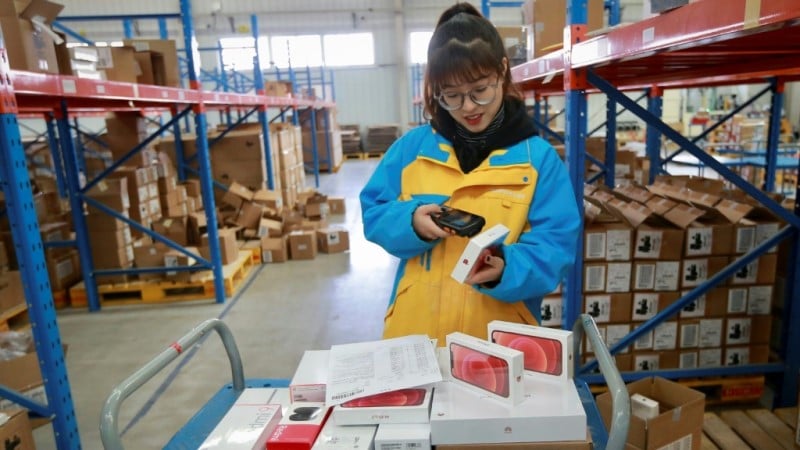 An employee checks items to be delivered to customers on Singles’ Day, also known as the Double 11 shopping festival, at the warehouse of Suning Logistics Network in Shenyang

But it has expanded to encompass much of China’s entire retail sector, including traditional bricks-and-mortar stores, which also offer Singles’ Day promotions.

The United States was the top source of imported products purchased on Alibaba platforms during this year’s festival, despite trade and diplomatic tensions between Beijing and Washington.

E-commerce services offering nearly every conceivable product at the click of a button have taken over China’s retail sector in recent years, with Covid-19 pushing even more Chinese to choose online shopping over crowded supermarkets and malls.

But Chinese regulators cast a gloom over the biggest e-commerce stretch of the year by announcing draft antitrust rules that signal a looming crackdown on high-flying internet giants, causing tech shares to tumble.