Coronavirus Lingers on Surfaces but Disinfectants Kill It 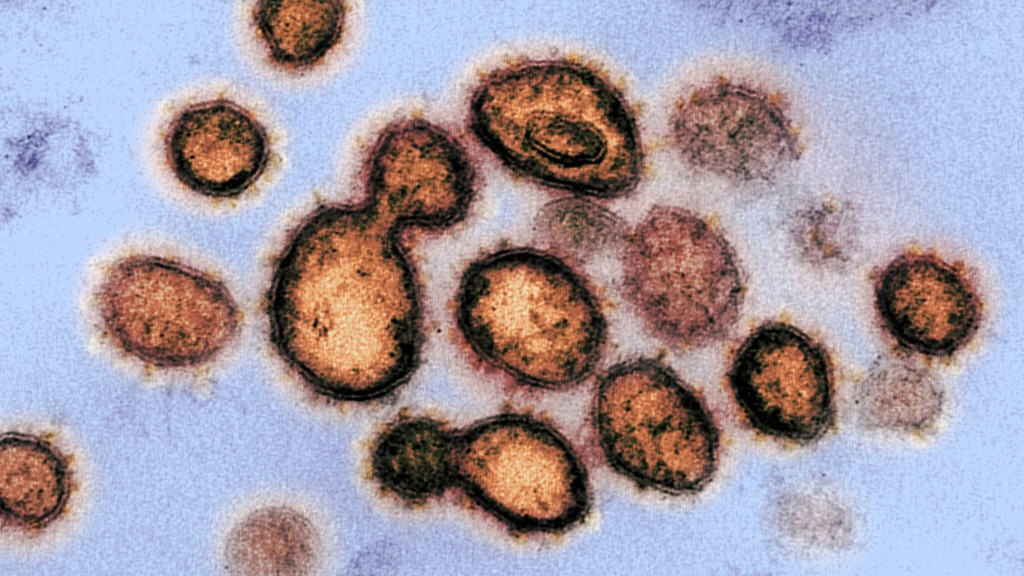 An image of the SARS-CoV-2, the virus that causes COVID-19

The virus was however killed by twice-a-day cleaning of surfaces and daily cleaning of floors with a commonly used disinfectant — suggesting that current decontamination measures are sufficient as long as people adhere to them.

The research letter was published in the Journal of the American Medical Association (JAMA) and comes after cases in China where the pathogen spread extensively through hospitals, infecting dozens of health care workers and other patients.

This led scientists to believe that, beyond catching the infection through coughing, environmental contamination was an important factor in the disease’s transmission, but its extent was unclear.

Researchers at Singapore’s National Center for Infectious Diseases and DSO National Laboratories looked at the cases of three patients who were held in isolation rooms between late January and early February.

They collected samples from their rooms on five days over a two-week period.

The room of one patient was sampled before routine cleaning, while the rooms of the other two patients were sampled after disinfection measures.

The patient whose room was sampled before cleaning had the mildest symptoms of the three, only experiencing a cough. The other two had moderate symptoms: both had coughing and fever, one experienced shortness of breath and the other was coughing up mucus. 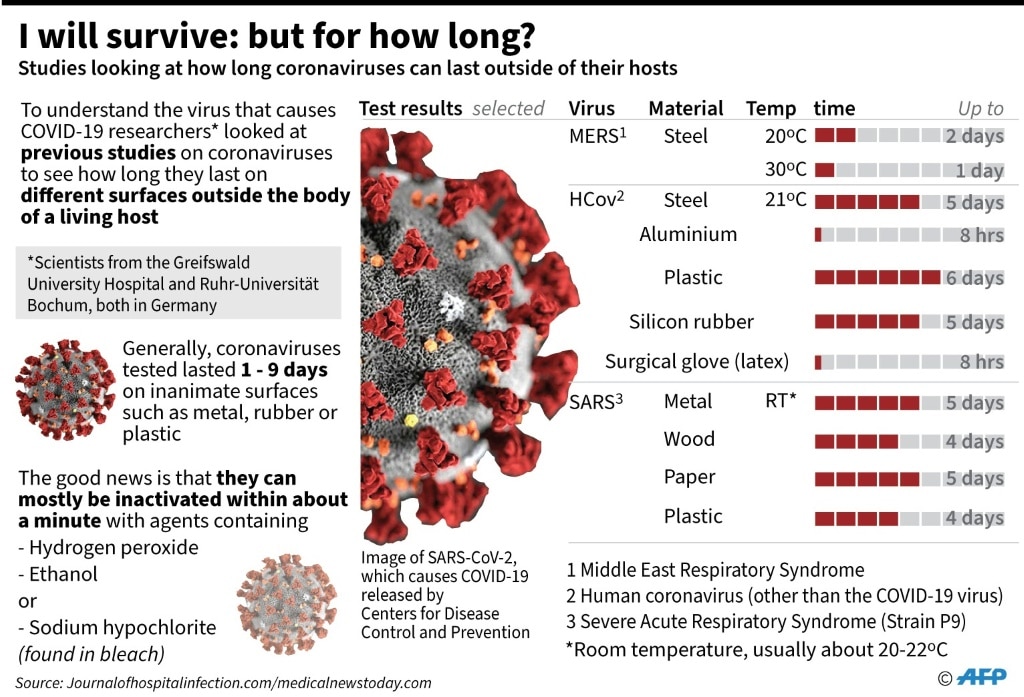 Despite this disparity, the patient whose room was sampled before cleaning contaminated 13 of 15 room sites tested, including a chair, the bed rail, a glass window, the floor, and light switches.

Three of the five toilet sites were also contaminated, including the sink, door handle and toilet bowl — more evidence that stool can be a route of transmission.

Air samples tested negative, but swabs taken from air exhaust outlets were positive — which suggests that virus-laden droplets may be carried by air flows and deposited on vents.

The two rooms that were tested after cleaning had no positive results.

“Significant environmental contamination by patients with SARS-CoV-2 through respiratory droplets and fecal shedding suggests the environment as a potential medium of transmission and supports the need for strict adherence to environmental and hand hygiene,” the authors wrote.

SARS-CoV-R is the official name of the pathogen.

The virus, which was first identified in China’s Hubei province in December, has now infected more than 95,000 people in 81 countries and territories, killing more than 3,200.

But there is likely significant underreporting around the world and the disease’s true lethality will only be better understood over time.