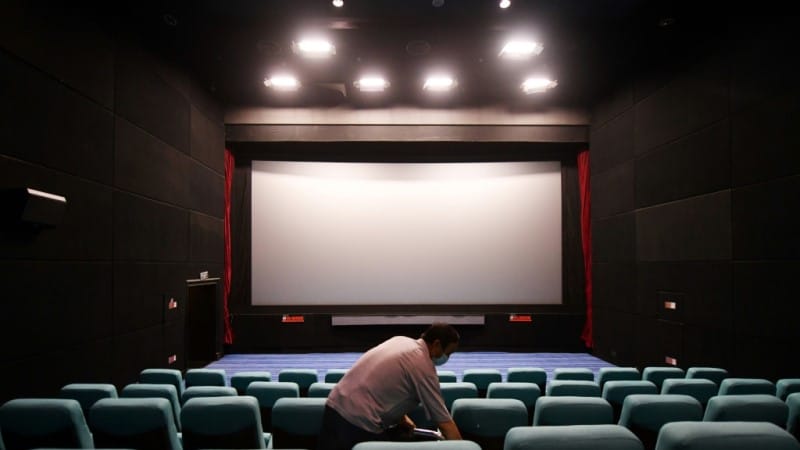 Hundreds of cinemas reopened in scores of Chinese cities Monday after a six-month nationwide shutdown due to the coronavirus, highlighting its success in taming an epidemic still raging in parts of the world.

But it will be an altered experience for moviegoers: online-only ticket sales, shuttered snack bars, and social-distancing during screenings as worries over COVID-19 persist.

Cinemas can sell no more than 30 percent of available tickets per show, and seat-selection charts on leading ticketing apps indicated that in many theaters people will need to sit two seats apart.

But none of that prevented 25-year-old movie fan Lu Yonghao taking a day off from his human-resources job at a Shanghai company.

“I’m very excited. I haven’t watched (a movie) in more than half a year, so I just decided to take today off and come experience it,” he told AFP before taking his seat in a largely empty theater.

“I need to watch at least one movie a week to ease the pressures of life.”

Before opening, the cinema — an outlet of the SFC chain, one of China’s largest movie-theatre franchises — underwent a through cleaning, with staff painstakingly wiping down seats and 3D glasses with disinfectant-soaked cloths.

The cinema’s manager Bao Yaopei said viewers had been regularly calling the front desk, asking when it might reopen.

“Audiences have really been looking forward to this… to be able to enter cinemas, sit together with others and feel the happiness that movies bring.”

But coronavirus anxiety remains in the air, with cinemas in Beijing still closed for now.

The capital did, however, lower its virus alert level beginning Monday after going more than two weeks without a new local infection, declaring that it had contained a cluster that emerged in June.

That outbreak infected more than 330 people in the city and triggered a resumption of some restrictions seen earlier in the health crisis.

Beijing’s lowered alert will allow venues such as parks, museums, fitness centers and libraries to increase daily visitor traffic to 50 percent of normal capacity, and conferences of up to 500 participants can go ahead with proper safeguards in place.

Chinese film authorities had announced in March that they would reopen cinemas, which were shut in late January, but swiftly reversed course after fresh clusters of cases were discovered across the country.

Among the last businesses to reopen, cinemas have suffered a massive earnings hit.

China’s largest cinema chain, Wanda Film, said it expects to report a loss of at least 1.5 billion yuan ($214 million) for the first half of the year.

Industry recovery will be slow due to lingering COVID-19 concerns and restrictions placed on movie houses, said Chinese producer and screenwriter Fang Li, who has three productions stuck in the pipeline due to the virus.

“Even if commercial films are released after cinemas reopen, they will suffer more than 50 percent losses compared to before the epidemic,” Fang said, predicting it could take a decade for the industry to fully recover.

The regional capital of Urumqi has since implemented mass health screenings and shut down most air traffic into the city and local public transport.