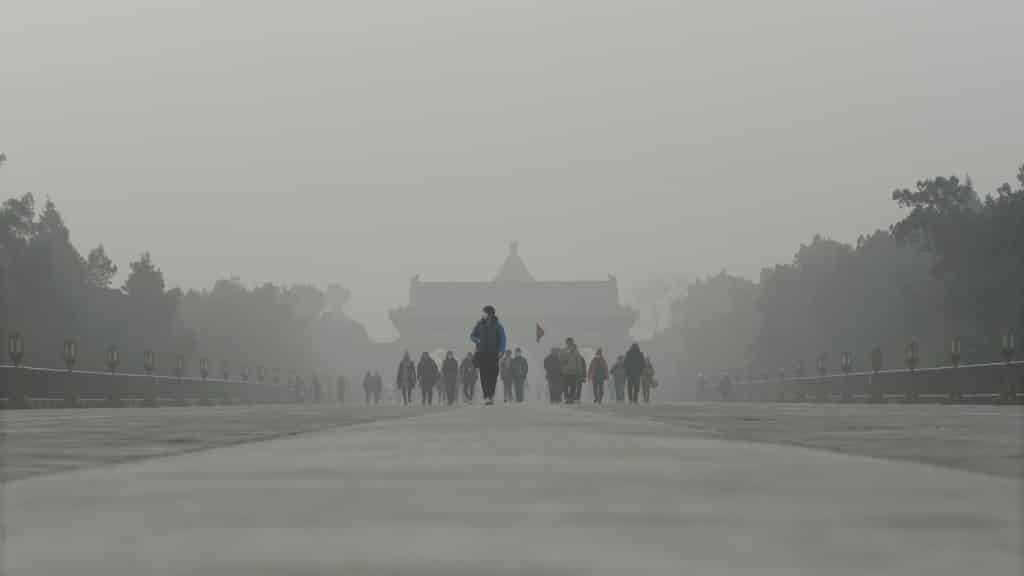 Last year, 117 of the 200 most polluted cities in the world were in China

Taking population into account, Bangladesh emerged as the country with the worst so-called PM2.5 pollution, followed by Pakistan, Mongolia, Afghanistan and India, according to the 2019 World Air Quality Report, jointly released by IQAir Group and Greenpeace.

Particulate matter of 2.5 microns or less in diameter — roughly 1/30 the width of a human hair — is the most dangerous type of airborne pollution.

Microscopic flecks are small enough to enter the bloodstream via the respiratory system, leading to asthma, lung cancer and heart disease.

Among the world’s megacities of 10 million or more people, the most PM2.5-toxic in 2019 was the Indian capital New Delhi, followed by Lahore in Pakistan, Dhaka in Bangladesh, Kolkata in India, Linyi and Tianjin in China, and Jakarta, Indonesia. 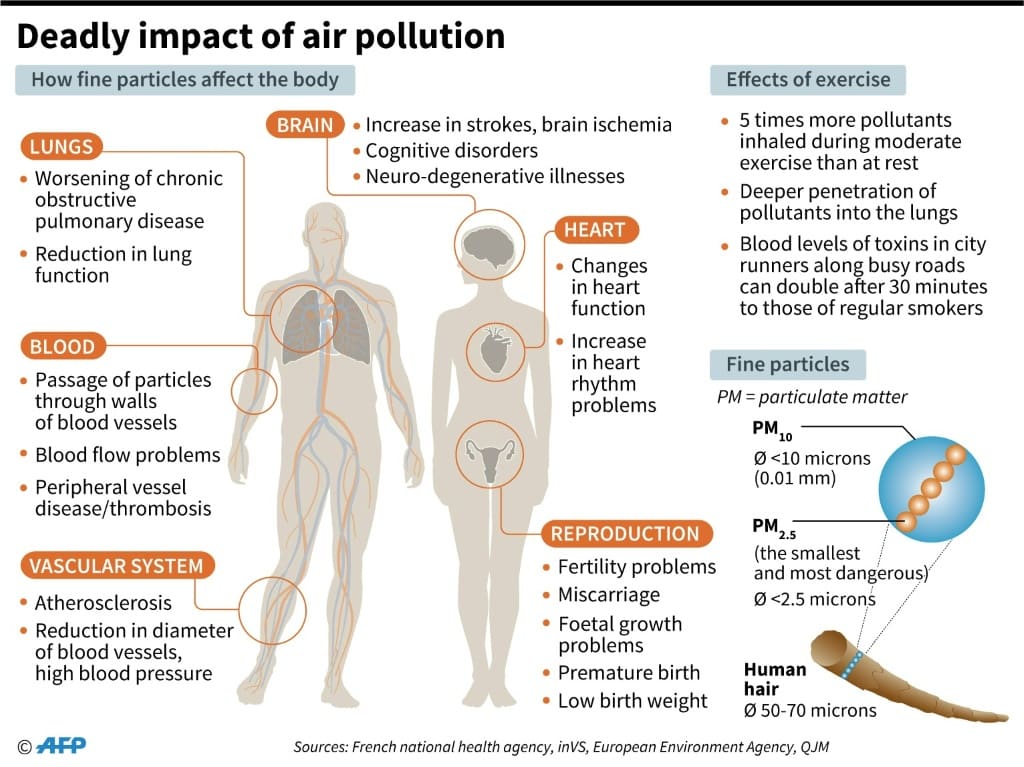 PM2.5 pollution is small enough to enter the bloodstream via the respiratory system, leading to asthma, lung cancer and heart disease

Next on the list were Wuhan — epicenter of the new coronavirus outbreak — along with Chengdu and Beijing.

The IQAir report is based on data from nearly 5,000 cities worldwide.

Most of the seven million premature deaths attributed by the World Health Organization (WHO) to air pollution are caused by PM2.5 particles, which originate in sandstorms, agriculture, industry, wildfires and especially the burning of fossil fuels. 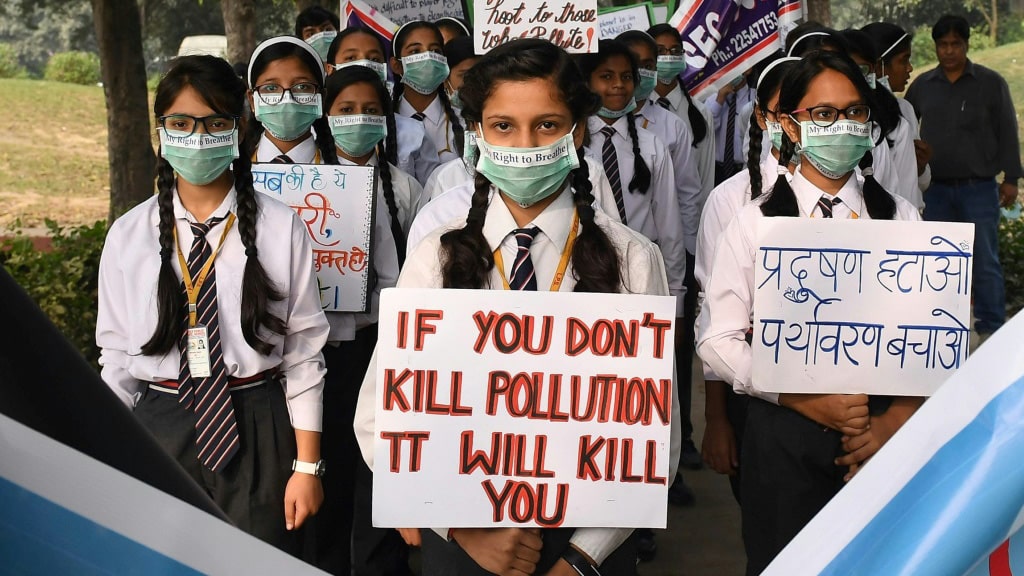 More than a million premature deaths in China each year are caused by air pollution, according to the WHO. Recent calculations put the toll at up to twice that figure.

Across a large swathe of northern India and north-central China, meeting WHO standards year-round for PM2.5 pollution would increase life expectancy up to six or seven years, according to the Air Quality Life Index, developed by researchers at the Energy Policy Institute of Chicago.

Among the club of 36 rich OECD nations, South Korea was the most polluted for PM2.5, counting 105 of the worst 1,000 cities on the index. In Europe, Poland and Italy count 39 and 31 cities, respectively, in this tranche.

Other parts of the world such as Africa and the Middle East lacked data.

“What cannot be measured cannot be managed,” Hammes said. “Africa, a continent of 1.3 billion people, currently has less than 100 monitoring stations that make PM2.5 data available to the public in realtime.”

Climate change has begun to amplify the health risk of PM2.5 pollution, especially through more intense forest fires and sandstorms made worse by spreading desertification, the report found.

Global warming and PM2.5 also have the same primary driver: the burning of coal, oil and gas.

While the link with lung cancer was well established, a recent study showed that most excess deaths from air pollution are caused by heart attacks, strokes and other types of cardiovascular disease.

Small and larger particulate matter, nitrogen dioxide (NO2), sulfur dioxide (SO2) and ozone (O3) have likewise been linked to drops in cognitive performance, labor productivity and educational outcomes.

Of cities with more than one million people, the least affected by PM2.5 are Adelaide, Helsinki, Stockholm, and San Jose in central California, followed by Perth and Melbourne in Australia, and Calgary in Canada, and New York.