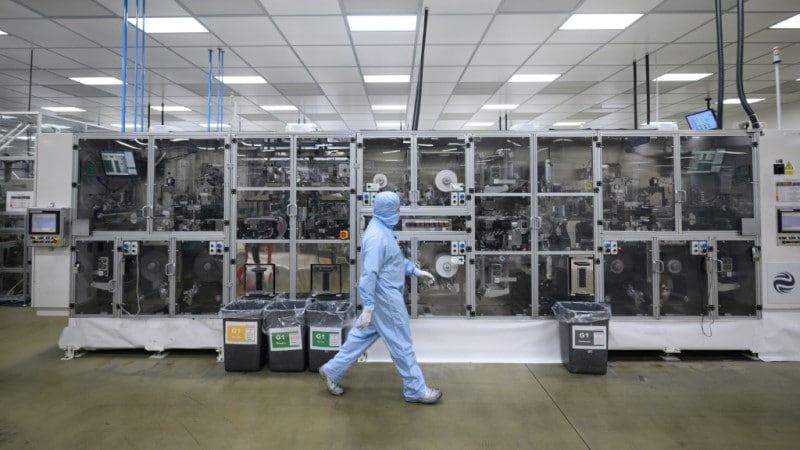 Plans were announced this week for two new electric car battery plants in France and Britain involving Envision, the Shanghai-based company that has quietly built a global renewable energy empire.

Carmaker Nissan — Renault’s Japanese partner — also said Thursday that it will invest £1 billion ($1.4 billion) to build facilities including an electric car battery plant with the Chinese company at its Sunderland manufacturing site in the UK.

Envision was founded in 2007 after its founder Zhang Lei returned to China from the UK.

Zhang, a former energy analyst, aims to build “infrastructure for a net zero world,” according to a company report.

At the time the company was founded, solar panels were the hot sector receiving political support from Chinese policymakers.

But Envision, whose Chinese name “Yuanjing” means “prospect”, set its sights instead on wind turbines, which were then considered more inefficient.

The company equips its turbines with sensors which it monitors in order to optimise their performance.

Envision says it has installed more than 12,500 wind turbines in China and other countries including India, France, Argentina and Kazakhstan.

Envision, which brands itself as a champion of renewable energies, has since branched into the electric car battery sector.

The company’s automotive battery arm, Envision AESC, is headquartered in Japan and will be responsible for the Douai plant.

Envision bought AESC, originally a subsidiary of Nissan, from the Japanese automaker in 2018.

In addition to power generation, Envision develops software and technologies for energy management at research and development centers in the US, Germany, Denmark and Singapore.

Its partners include Microsoft.

Envision said it hopes by next year to become the first company in China to achieve carbon neutrality.