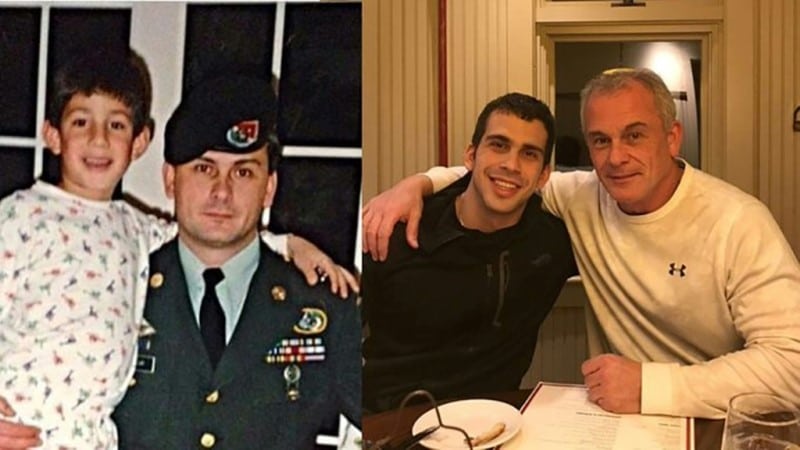 An American father-son duo admitted to helping orchestrate former Nissan chief Carlos Ghosn’s audacious escape from Japan as they made their first appearance before a Tokyo court on Monday.

Former special forces operative Michael Taylor and his son Peter were extradited by US authorities over allegations that they and a third man, who remains at large, smuggled Ghosn out of Japan in a music equipment case as he awaited trial.

At the Tokyo district court, the pair did not contest the facts laid out by prosecutors in an indictment, effectively conceding their role in the saga.

“Is there any mistake in what the prosecutor just read?” the judge asked each man in turn. Both replied no. 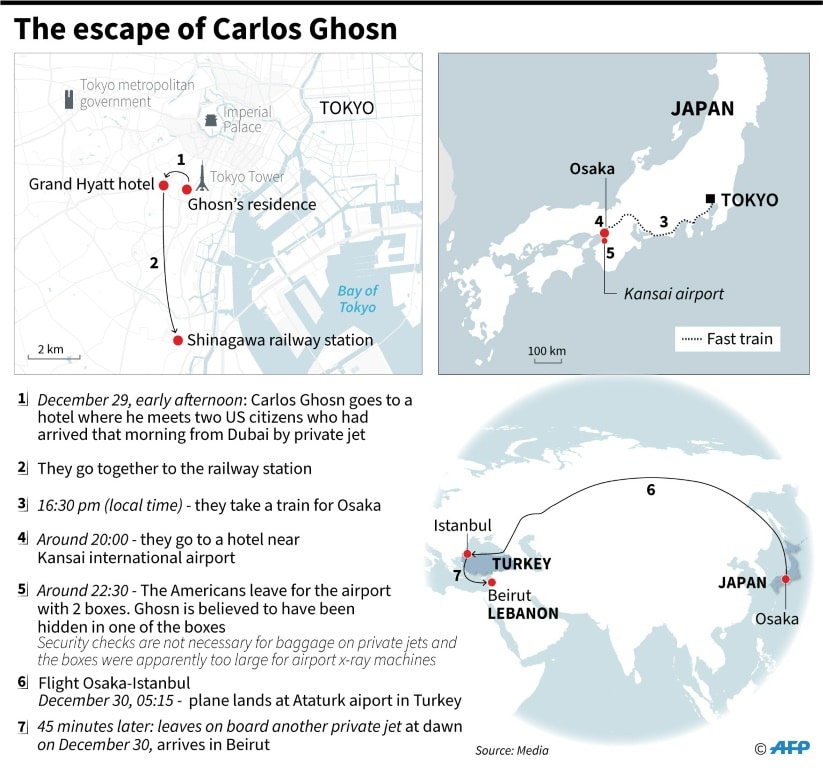 The escape route of Carlos Ghosn, the ex-CEO of Renault-Nissan, from Japan to Lebanon.

Michael Taylor, 60, was led in first to the courtroom, with his hands cuffed in front of him. He wore plastic slippers, dark trousers and a white shirt with no tie.

His 28-year-old son was brought in after, with both men wearing face masks.

The pair face up to three years in prison if convicted of helping Ghosn — currently an international fugitive living in Lebanon, which has no extradition treaty with Japan.

The former auto tycoon was out on bail while awaiting trial on four counts of financial misconduct, which he denies, when he managed to slip past authorities onto a private jet, transit in Turkey and land in Lebanon.

The December 2019 escape was hugely embarrassing for Japanese authorities, and US prosecutors called it “one of the most brazen and well-orchestrated escape acts in recent history”.

In court, prosecutors laid out again the almost cinematic details of the operation — including that Ghosn was hidden in a large case with air holes drilled into it to slip past security at an airport.

As airport staff handled the black box, which was too big to X-ray, one joked that “maybe there’s a young woman in there”, according to the evidence listed by prosecutors Monday.

Ghosn first hatched a plan to flee Japan six months before his escape, prosecutors said, contacting Michael Taylor using a secret mobile phone after being introduced by his wife Carole.

Worried that security guards tailing him could disrupt his escape, he sent his lawyer to police to complain he was being stalked and have the detail reduced, prosecutors added.

Prosecutors said Ghosn and his wife paid the Taylors for their help through an online ad company and directly, with public broadcaster NHK reporting that Peter received 144 million yen ($1.3 million).

The Asahi Shimbun daily said the pair spent most of the money on preparations for the escape, including the costs of chartering a private jet, claiming that they were not paid for their help. 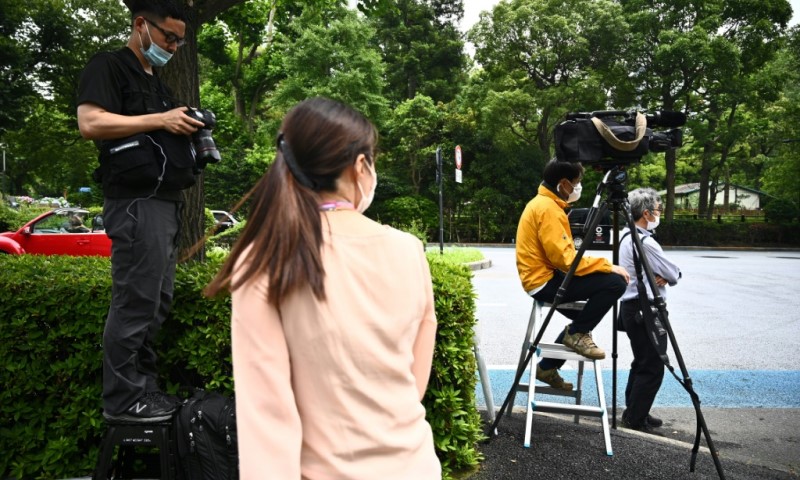 The Taylors had fought their extradition to Tokyo, claiming they could face torture-like conditions, and did not comment on their case after arriving in early March.

A third man, identified as George Antoine Zayek, is also accused of involvement in the escape but remains at large.

Ghosn is still in Lebanon, where he was questioned last month by French investigators over a series of alleged financial improprieties.

Factfile on people who have been caught in the legal fallout linked to the escape from Japan of fugitive ex-boss of Nissan Carlos Ghosn in 2019.

Among the allegations are improper financial interactions with Renault-Nissan’s distributor in Oman, payments by a Dutch subsidiary to consultants and lavish parties organized at the Palace of Versailles.

The questioning took place with his defense team and a Lebanese prosecutor present. Ghosn was heard as a witness as he would need to be in France to be formally indicted.

Others involved in the Ghosn case have faced legal proceedings, including his former aide at Nissan, Greg Kelly, who is also on trial in Tokyo for his alleged role in underreporting the tycoon’s income.

And a Turkish court has sentenced two pilots and another employee of a small private airline to four years and two months in prison for their role in Ghosn’s escape.