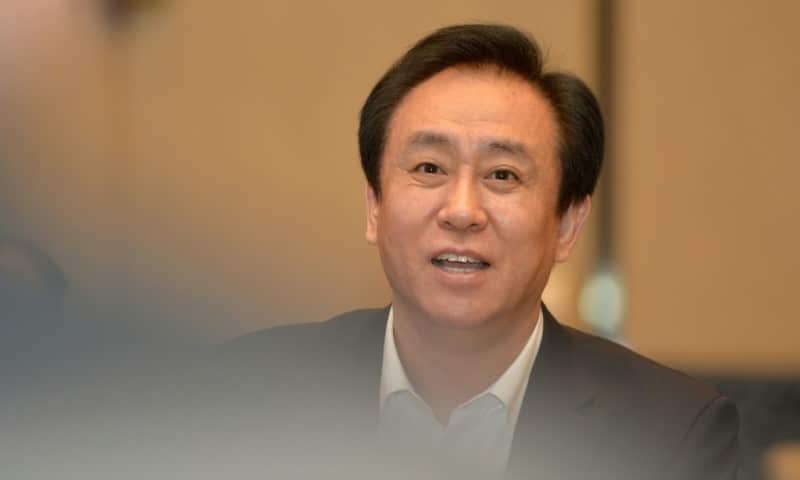 The head of teetering Chinese developer Evergrande has urged staff to resume construction and sales to deliver properties, state media reported Thursday, as the firm battles to avoid a collapse that could send shockwaves through the world’s number two economy.

Furious homebuyers and investors around the country have gathered to demand repayment as the developer drowns in a sea of debt worth more than $300 billion, and struggles to meet its obligations.

The comments came as the company was due to pay interest to foreign bondholders Thursday, with expectations it will miss the deadline, starting the clock on a countdown to what could be a default in 30 days.

Evergrande had not issued any statements on the bond deadline as of Thursday evening.

Analysts Capital Economics estimate Evergrande has committed to complete some 1.4 million properties — around 1.3 trillion yuan ($200 billion) in pre-sale liabilities, as of the end of June.

Xu Jiayin, the billionaire who founded the company in 1996, called more than 4,000 Evergrande managers to a meeting shortly before midnight on Wednesday, asking them to “devote all their energy to resuming work and production and ensuring that properties are delivered”, the state-owned China Securities Journal reported.

He also said the group must “make every effort to fulfil” payment plans the company had previously announced, the Journal reported.

The privately-owned conglomerate had previously offered to repay some debts in kind, promising creditors including suppliers, contractors and investors parking spaces and commercial units instead of cash.

Xu on Wednesday night promised to maintain a “highly responsible attitude toward investors”.

The crisis sent shivers through world markets on Monday as traders feared a collapse at one of China’s biggest property firms would spill over into the economy and have painful knock-on effects globally, just as countries battle to overcome the impact of the coronavirus pandemic.

However, those concerns were eased slightly Wednesday when Evergrande said it had reached a deal with domestic bondholders to repay interest on their notes Thursday.

Evergrande’s liquidity crunch has triggered public anger and rare protests outside its offices in China as investors and suppliers demand their money back.

The group has admitted to facing “unprecedented challenges” and warned that it may not be able to meet its liabilities.

The curbs have been followed by a slowdown in the country’s property sector, with ratings agency Fitch on Thursday cutting its growth forecast for the Chinese economy this year over headwinds faced by developers.