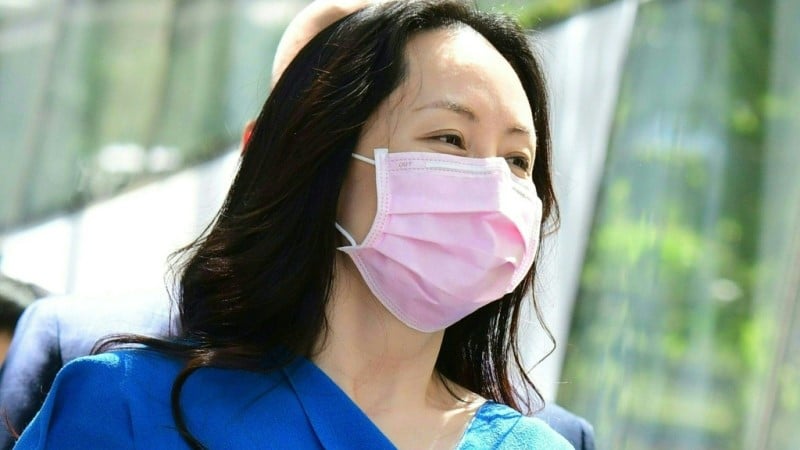 Huawei’s Meng Wanzhou, facing extradition from Canada, is wanted in the United States for bank fraud and conspiracy for allegedly concealing her company’s business dealings

Meng Wanzhou, the daughter of company founder and CEO Ren Zhengfei, is fighting extradition to the United States, which wants to try her for bank fraud and conspiracy for allegedly concealing her company’s business dealings, through a subsidiary, in Iran.

The 49-year-old Meng is accused of defrauding HSBC by falsely misrepresenting links between Huawei and Skycom, a subsidiary that sold telecoms equipment to Iran, putting the bank at risk of violating US sanctions against Tehran as it continued to clear US dollar transactions for Huawei.

If transferred to the United States for trial and subsequently convicted, she could face more than 30 years in a US prison.

Meng Wanzhou‘s arrest on a US warrant during a Vancouver stopover in December 2018 — and China’s subsequent detention of two Canadians on spying charges — caused a major diplomatic rift between Ottawa and Beijing.

Wednesday’s hearing in British Columbia Supreme Court in Vancouver came after one of those two Canadians, Michael Spavor, was convicted of spying and sentenced to 11 years in prison.

The second, former diplomat Michael Kovrig, is awaiting a verdict.

On Tuesday, a Chinese court upheld a death sentence for a third Canadian, Robert Lloyd Schellenberg, for drug smuggling.

Those three cases are widely seen as retaliation for Meng’s arrest.

“This case is a case of dishonest commercial dealings,” Robert Frater, a Canadian government lawyer arguing on Meng’s extradition to the United States, told the hearing.

Meng “was motivated by a desire to reassure HSBC (following news articles to the contrary) that Huawei was not engaged in any activities that may cause HSBC to run afoul of US sanctions law,” Frater said.

He said Meng “falsely tried to distance Huawei from Skycom,” adding: “The truth is that Huawei is Skycom.”

Before this final round of hearings began last week, Huawei Canada said that Meng’s lawyers would argue that the United States “has failed to establish a plausible case for prosecution.”

The extradition case against her should be quashed and Meng should be “allowed to return home,” the statement said.

Frater said Meng’s evidence and allegations of abuse of process, which Canada and the United States have denied, are for a US trial judge to consider.

Canadian extradition judges cannot be called upon to “evaluate the strength of the case put forward by the requesting state,” he said.

“There is no power to deny extradition simply because the case appears to the extradition judge to be weak, or unlikely to succeed at trial,” he said.

The defense is expected to make their final arguments in the coming days, before the hearings wrap up on August 20.

A decision is not expected for a few months. And in the event of an appeal, the procedure could take several more years.