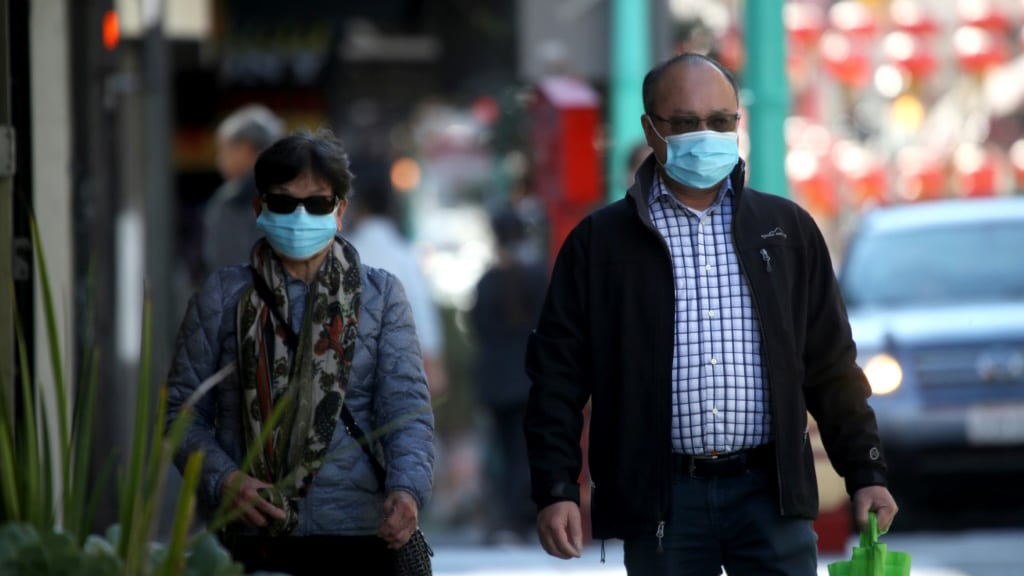 Speaking daily on the global coronavirus pandemic, Trump has incessantly called COVID-19 the “Chinese virus,” with one photo even showing his notes in which he had crossed out clinical terms preferred by health professionals.

Asian American advocates say that such language plays into centuries-old stereotypes of the community as perpetually foreign and unclean — and signals, incorrectly, that individuals of one ethnicity are responsible for spreading illness.

While US incidents appear to be fewer than in Europe, New York police said that a man last month chased and beat an Asian woman wearing a protective mask on the subway, calling her “diseased.”

On Thursday, civil rights groups launched a site for Asian Americans to report bias crimes linked to the pandemic to see how widespread the problem has become. 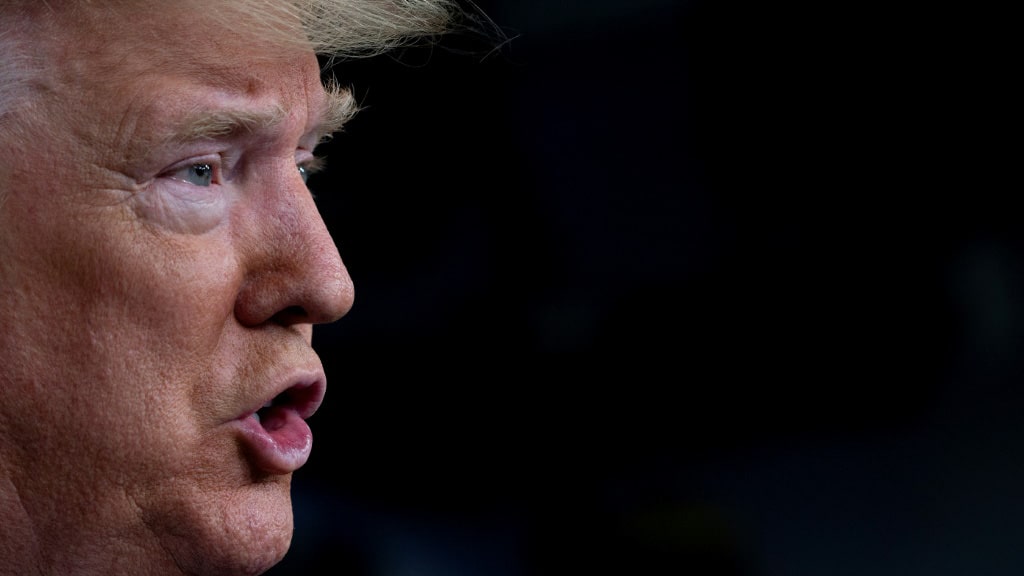 She pointed to one incident where a middle school bully in the Los Angeles area punched an Asian American classmate in the head some 20 times, accusing him of carrying the coronavirus, and telling him to “go back” to China.

“I definitely think it will get worse, partly because of the president’s relentless effort for weaponizing hate against communities,” Kulkarni said.

“He has the bully pulpit. With that comes tremendous power. People listen to him,” she said. 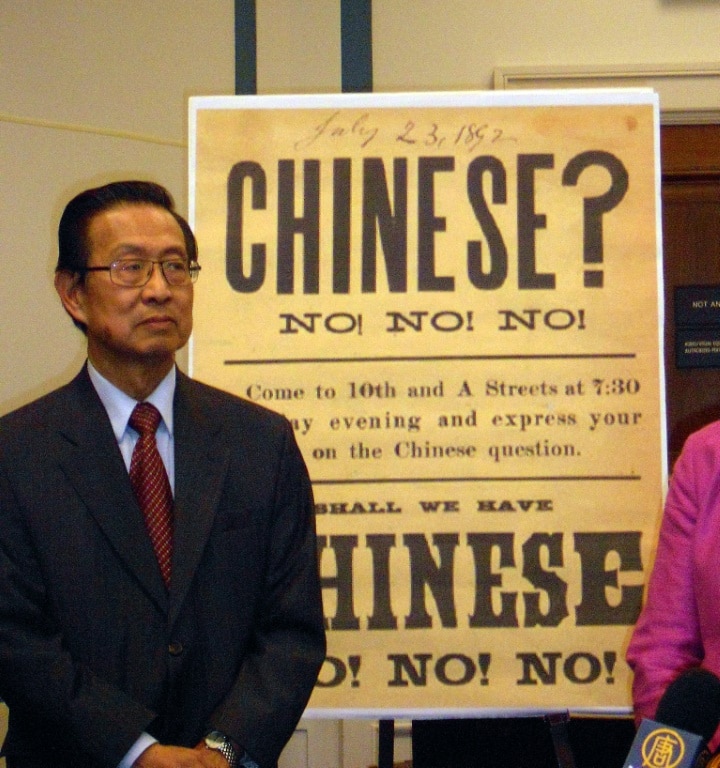 Michael Lin, chair of a coalition seeking a statement of regret over the 1882 Chinese Exclusion Act, speaks at a 2011 news conference in Washington in front of a reproduction of a 19th-century sign that aimed at rousing up sentiment against Chinese Americans

Trump rose to power on vows to keep out Latin American and Muslim immigrants but has signaled that his intention in saying “Chinese virus” may be more about geopolitics.

“It’s not racist at all,” he told a news conference. “It comes from China. I want to be accurate.”

The United States has wide-ranging tensions with China and Trump voiced anger over a Beijing official who promoted an unfounded conspiracy theory that the US military brought the virus to Wuhan, where cases were first reported.

China’s foreign ministry has accused Trump of seeking to shift blame over his own response to the pandemic.

Frank H. Wu, a professor at the University of California Hastings College of the Law and author of “Yellow: Race in America Beyond Black and White,” acknowledged that diseases were long given geographical names and said it was fair game to criticize Beijing’s actions.

“What’s important here isn’t the intent. It’s the consequences. And these words matter, because this is a time of incredible stress,” Wu said.

Wu said that Asian Americans have long been associated with dirtiness, pointing to contemporary perceptions of Chinese restaurants.

“Cleanliness has always been a metaphor for whether you’re a morally deserving, good individual and part of a good community,” he said.

“So this isn’t actually about just disease and the source of disease. It’s symbolic of much, much more.” 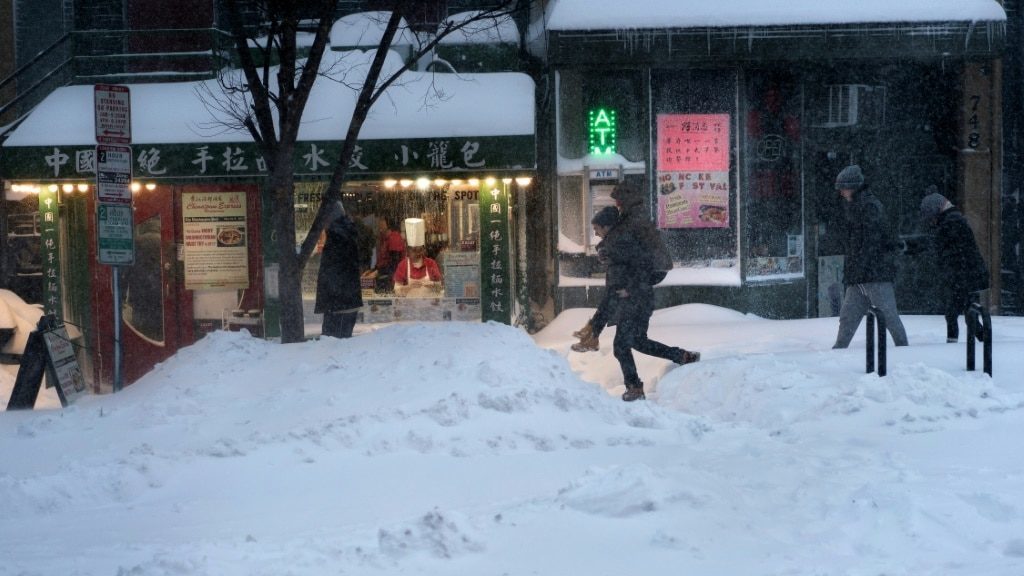 In vivid examples of the association of Asian Americans with disease, authorities in 1900 sealed off the Chinatowns of both San Francisco and Honolulu after outbreaks of the bubonic plague.

Charles McClain, a lecturer at the University of California, Berkeley, School of Law who has written a book on the history of Chinese Americans’ efforts against discrimination, said medical professionals at the time concluded that Asians were more susceptible to the plague.

“It was a very crowded area,” he said of San Francisco’s Chinatown. “I don’t think morbidity was any worse there than it was any other part of the city. But there was this sort of stereotype that played a large role in forming opinion.”

San Francisco was eventually forced to end its mandatory quarantine of Chinatown after a court agreed that authorities needed to prove that Chinese Americans were more likely to get infected. 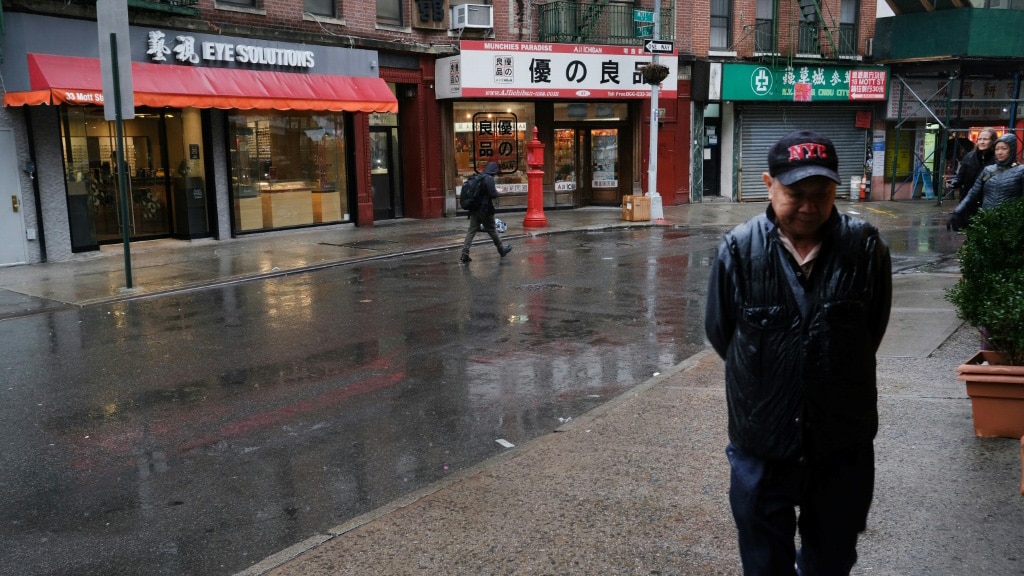 While no US officials are suggesting that Chinese Americans are spreading the coronavirus, Asian Americans have repeatedly borne the brunt of wider international tensions.

Most notoriously, the United States detained 120,000 Japanese Americans in camps during World War II as it questioned their loyalty.

Wu said that Asian Americans still struggle in not being identified as foreigners.

“You can be an assimilated, English-speaking Christian who has never been to China and has high sanitary standards. People still somehow associate you with dirtiness and disease.”