At the same time, China has taken advantage of press freedom overseas to build up its state-controlled media presence worldwide.

Here are some of the hurdles faced by foreign media organizations and journalists:

The first obstacle is obtaining a special journalist visa to enter China, a wait that can stretch for months.

Applications are sometimes then abruptly denied without explanation, possibly due to an applicant’s work elsewhere. These “J” visas must be renewed annually.

Several high-profile news organizations have reported renewals being denied or delayed until the last minute — including for journalists from the New York Times and Bloomberg, who covered corruption issues in the Communist Party elite.

The Foreign Correspondents Club of China (FCCC) says at least nine journalists have been effectively expelled or denied new visas since 2013.

Information requests often result in instructions to “send a fax”, which are rarely answered.

Interviews with private Chinese citizens or businesses can take weeks or months to secure, and these are often abruptly canceled by interviewees claiming cryptically that “it’s inconvenient” — code for not wanting to upset authorities.

Access tightens even further before sensitive events such as major Communist Party meetings or anniversaries like the 1989 Tiananmen Square crackdown.

Reporters Without Borders ranks China 177 out of 180 nations for press freedom — two spots better than North Korea. It has dropped steadily this decade. 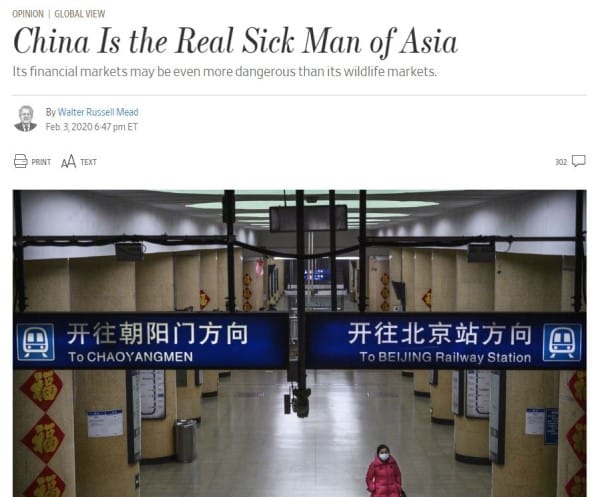 Authorities employ multiple obstacles against reporters in the field.

Hotels must report any guest checking in on a journalist visa to local police.

They will frequently be paid a visit by police who photograph passports and press cards and give orders to delete pictures or video.

Journalists are frequently told to leave an area due to various obscure regulations, because it has been “closed” to outsiders, or to protect the reporter’s own “personal security.”

A persistent journalist runs the risk of several hours’ detention — especially in sensitive areas such as the restive far-western Xinjiang region — and may be pressured to write “confessions” of reporting misconduct.

The FCCC advises carrying a print-out of China’s own official rules that declare broad rights for foreign journalists, but these are often simply waived away by local authorities.

News organizations have documented numerous examples of sources, interviewees, or their own Chinese assistants facing pressure and intimidation from authorities not to cooperate with foreign media.

Journalists are routinely shadowed by police or other suspected security agents, and many have related anecdotal evidence indicating that their phones or messaging apps may have been compromised.

Land of the Free

By contrast, Beijing has poured billions into expanding its state-run media footprint worldwide to control the global narrative about China, and has eagerly utilized American openness — where Chinese reporters can work and travel freely — as part of this drive.

The State Department can withdraw press accreditation from Chinese journalists who file false reports or violate conduct rules, but it says “reporting, editorial opinion or content of questions will never be grounds”.

But the US is raising its guard.

Chinese media must already declare funding sources and that they are linked to “a foreign principal”.

Analysts believe the expulsion of the three WSJ journalists was really in retaliation to the US measure.

Beijing linked it to a headline in an op-ed that it deemed racist even though the reporters were not involved in the article.