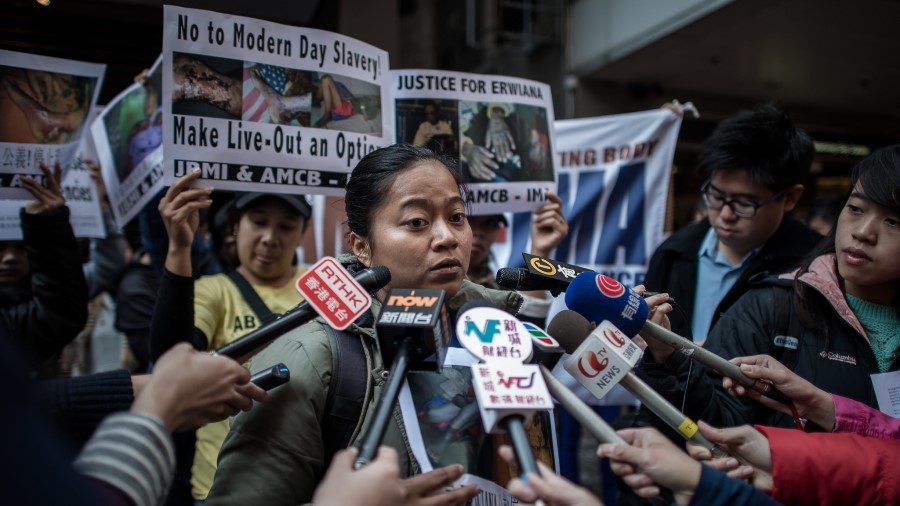 Racism is a worldview that reflects interrelated, and historical groups of beliefs revolving around a central concept that peoples are segregated into races, and these racial segmentations become the basis of the treatment of whole peoples, as well as small groups of peoples in different countries.

While the topic of “racism” in global news tends to reflect the racism in Europe and North America against minority cultures and migrants, racism is also alive and well in Asia and it affects not just the more developed countries like China and Japan, but also the developing states like the Philippines.

To understand how and why racism exists in Asia, we have to go back to the political and economic roots of racism, as well as the historical events that have shaped the ideology of racism. Ultimately, the goal of racism is subjugation and domination in its many forms.

In November 2018, three thousand people walked in solidarity in the streets of Singapore to protest the insidious racism being experienced most especially by domestic workers and other migrants in the country. Rise Against Racism was held at the Orange Ribbon Walk and was organized by the Orange Ribbon Movement.

The event was headed by President Halimah Yacob, who is also the Commander-in-Chief of the Singapore Armed Forces.

The event was spearheaded by various activists and civic rights practitioners, including grassroots organizers, self-help groups, and other individuals who wish for Singapore to have a more harmonious relationship with different ethnicities.

Singapore is a veritable melting pot of ethnicities, with 74.3% Chinese, 13.4% Malay, 9% Indian, and 3.2% being comprised of other ethnicities (Eurasians, Caucasians, Filipinos, and the Vietnamese). The Malay group is split between Malays and Indonesians, while the Indian group is actually comprised of Indians, Pakistanis, Bangladeshis, and Sri Lankans.

More than a few years ago, a Singapore hate blog against Filipinos emerged on Google’s blogging service Blogger. The hate blog, which has since been taken down by Google, featured numerous posts that were supposed to be about the “clotting of the wounds” of Singapore. 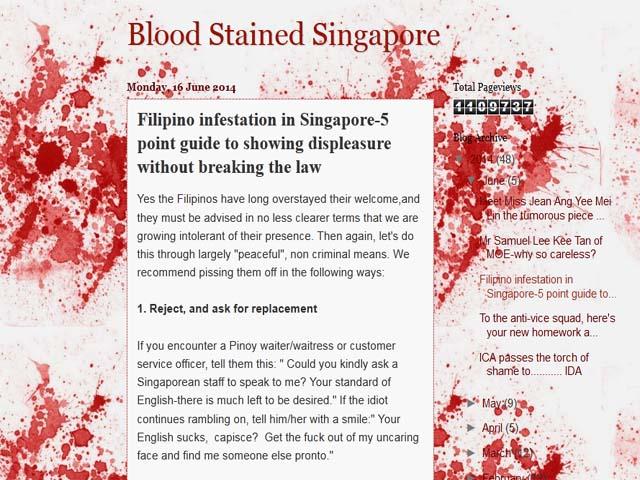 One of the blog’s insistent topics was about Filipinos, and the blog even encouraged Singaporeans to eat at Jollibee (a popular fast food chain that established a branch in SG) and make a disgusting mess of their plates, to “show Filipinos” that they should leave.

The blog further encouraged people to engage in hateful activities against Filipinos that won’t land them in trouble with the police.

Maltreatment of domestic workers from the Philippines has long been a problem for the local government, and the Singaporean hate blog garnered plenty of global backlash for its barefaced acknowledgment that there is a lot of discrimination against Filipinos, especially the workers who stay there for years – including the blue collar workers.

In one study by a researcher from James Cook University in Singapore, “Racism in Singapore: A Review and Recommendations for Future Research,” Peter K.H. Chew stated that two of the main reasons why racial profiling and discrimination is still not being addressed sufficiently in Singapore is because an overwhelming number of Singaporeans believe that Singapore is an egalitarian and meritocratic state, and that they are unwilling to discuss the problem of race.

In 2017, Hong Kong national Law Wan-tung was sentenced to six years in prison and was also ordered to pay a total of $100,000 to her Indonesian maid Erwiana Sulistyaningsih, who suffered from horrifying injuries when she worked for Wan-tung in 2014.

Erwiana had recounted the abuses done to her by her boss, as she was fed only bread and water for months, was only allowed to sleep four hours a day, and was beaten so horribly by Wan-tung that she fell unconscious at times.

Since many domestic helpers find jobs through unscrupulous agencies that plunge workers into debt and even hold their passports, abused workers find little else to do but to withstand the abuse and hope they survive their nightmare overseas.

Often dealing with wealthy employers who know very little about the humane treatment of others, migrant domestic labor has to deal not only with low pay, but also uncertain future with employers that find little reason to extend a warm hand of acceptance to their nannies, housekeepers, drivers, etc. 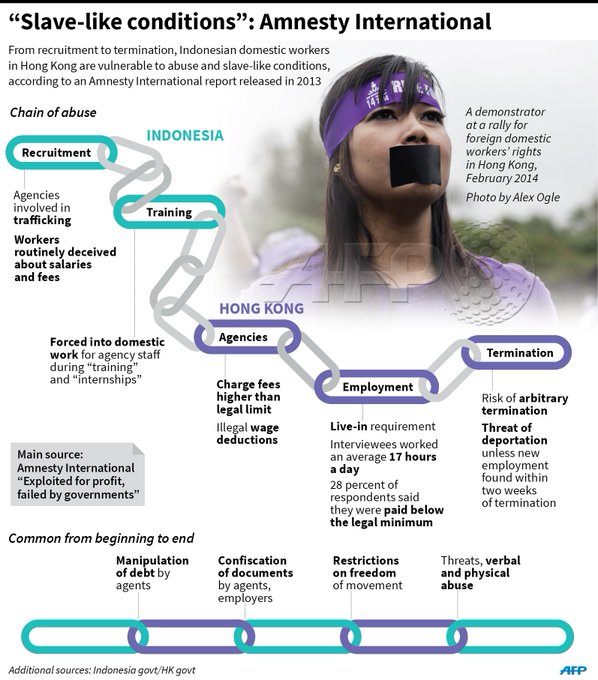 In 2017, it is estimated that Indonesia exported 261,820 workers abroad. These migrant laborers are domestic workers, caregivers, operators, and plantation workers. As the number of migrant workers increase, so do the number of human rights abuses.

Indonesia was once known for being insensitive to maltreatment of blue-collar workers abroad, but has since become more responsive to the task of protecting migrant labor.

President Joko Widodo has also begun taking steps to begin harnessing the millions of Indonesians who are now abroad through initiatives like the Diaspora Card, which provides Indonesians abroad additional benefits like long-term visas.

Japan is known for its xenophobic tendencies, and we can safely say that the concept of “Self and Others” finds one of its snazziest homes in this country.

While the culture and food are definitely great, and Japan is indeed a beautiful country, racism is still alive and well here, and reprising it will only help heal the wounds it has caused the rest of the world in recent history. By recent history, we mean in the past 100 years, not last year or five years ago.

One of the definite foundations of racism in Japan is the fact that this country used to be an imperial power in Asia, and it actually tried to colonize Vietnam and the Philippines, with the Philippines falling to its clutches for a few years before being ‘liberated’ by American forces.

The now-defunct Government Monitoring System, which was disabled in 2017, has a forum that is filled with hate-filled comments that targeted minorities in Japan, and especially foreigners.

While the government continues to do lip service about helping limit such hate speech, it was also clear to say that it wanted to “respect the opinions of its users.” Where do we draw the line between hate speech and respecting freedom of speech?

Even Japanese popular culture is unable to hide racism’s ugly face in the country. A recent TV show in Japan was under fire because of using black face in one of its episodes.