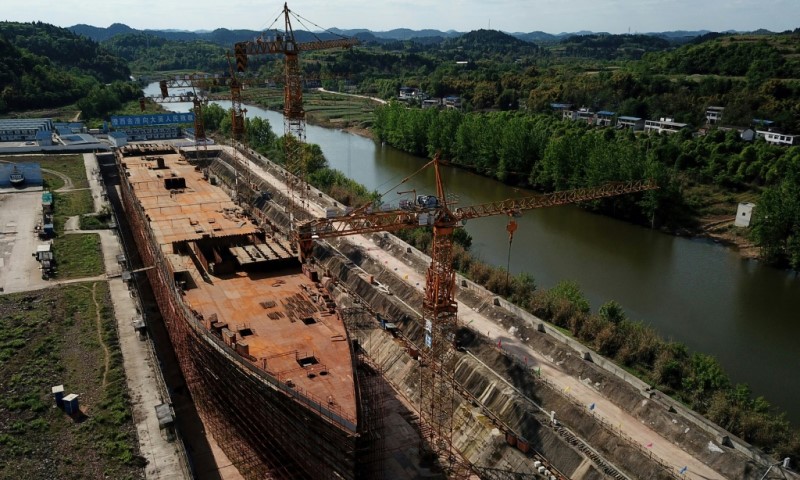 The Titanic is being brought back from the deep, more than a century after its ill-fated maiden voyage, at a landlocked Chinese theme park where tourists can soon splash out for a night on a fullscale replica.

The project’s main backer was inspired to recreate the world’s most infamous cruise liner by the 1997 box office hit of the same name — once the world’s top-grossing film and wildly popular in China.

The original luxury vessel, the largest of its time and branded “unsinkable” by its owners, has become a byword for hubris ever since it plunged into the depths of the Atlantic in 1912 after striking an iceberg, leaving more than 1,500 people dead.

Investor Su Shaojun says he was motivated to finance the audacious, 260-metre-long (850-foot-long) duplicate to keep memories of the Titanic alive. 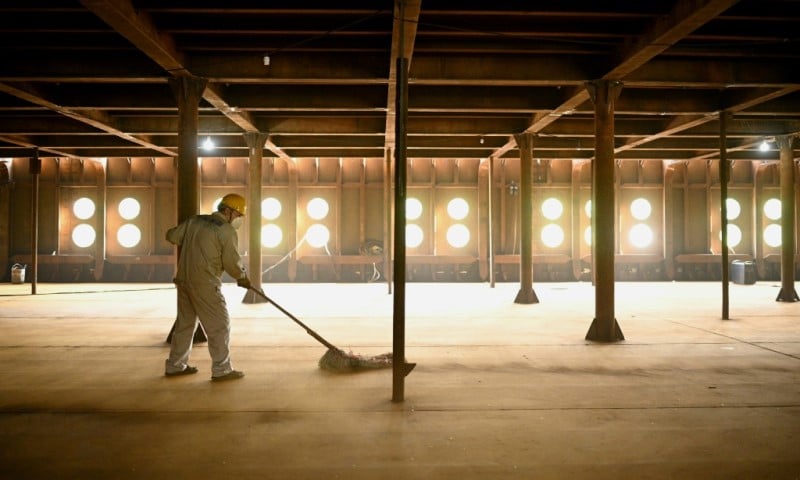 “We are building a museum for the Titanic.”

It has taken six years — longer than the construction of the original Titanic — plus 23,000 tons of steel, more than a hundred workers and a hefty one billion yuan ($153.5 million) price tag.

Everything from the dining room to the luxury cabins and even the door handles are styled on the original Titanic.

It forms the centerpiece of a Sichuan province theme park more than 1,000 kilometers (620 miles) from the sea.

The site features a replica of Southampton Port seen in James Cameron’s 1997 disaster epic, where Leonardo DiCaprio’s fictional character Jack swings on board after winning his ticket in a bet.

Tour buses play the film’s theme tune, Celine Dion’s “My Heart Will Go On”, on repeat.

It costs up to 2,000 yuan (around $150) to spend one night on the ship for the “five-star cruise service”, Su says, adding that with a functioning steam engine guests will feel that they are really at sea.

He was so excited by the challenge that he sold his energy industry assets, including a stake in several hydropower projects, to invest in the Titanic. 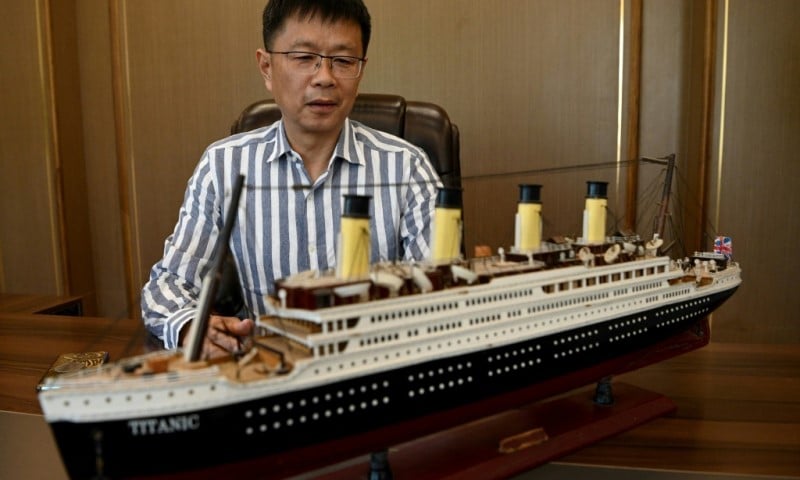 But even before opening, the replica has drawn plenty of controversy.

Online users have questioned whether the famous ship would attract tourists given the disaster that struck its real-life inspiration.

Others feared it would join other ambitious Chinese building projects that turned into white elephants — including a 2008 replica of the USS Enterprise, an American aircraft carrier, which cost over $18 million and was abandoned shortly after it opened. 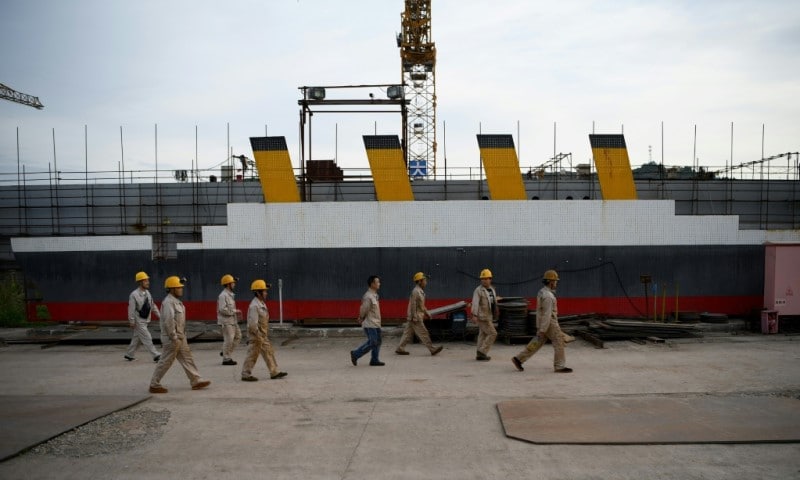 But Su hopes as many as five million annual visitors will come to see his Titanic.

“This tourist volume should guarantee the return of our investment,” he added.

Project manager Xu Junnian said he felt it was important to preserve the vessel’s memory. 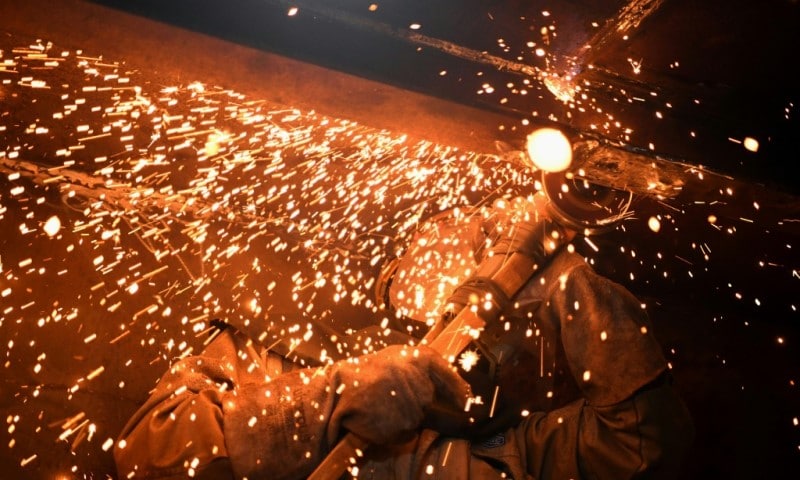 The replica has cost one billion yuan ($153.5 million) and taken six years — longer than the original construction — to build

“The greatest significance of building this ship is to carry forward and inherit the great spirit of Titanic,” he said.

Aside from the enduring appeal of the Hollywood blockbuster, the Titanic has stolen headlines in China in recent weeks with the release of a new documentary called “The Six”.

The film tells the story of a group of Chinese travelers on board when the ship sinks, of whom six survived. 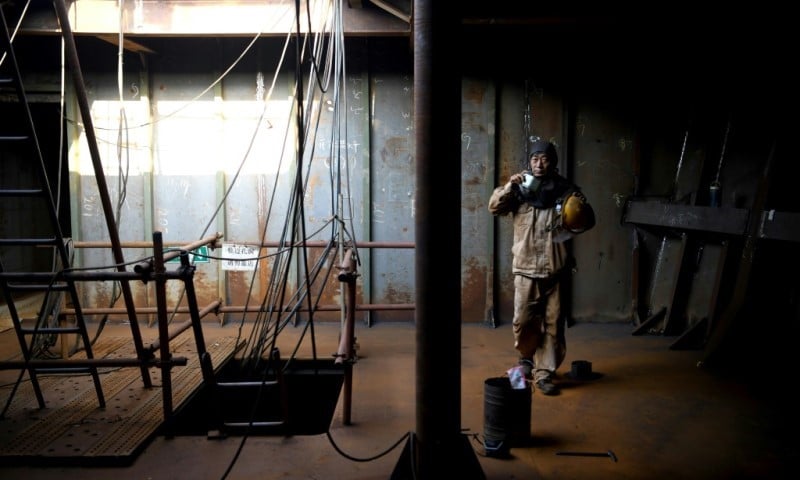 But the developers are hoping to rope in some bigger names to help draw visitors.

“We’d like to invite Jack, Rose and James Cameron to the inauguration ceremony,” Su said.

PHOTO BY NOEL CELIS/afp
by Noel Celis and Qian Ye