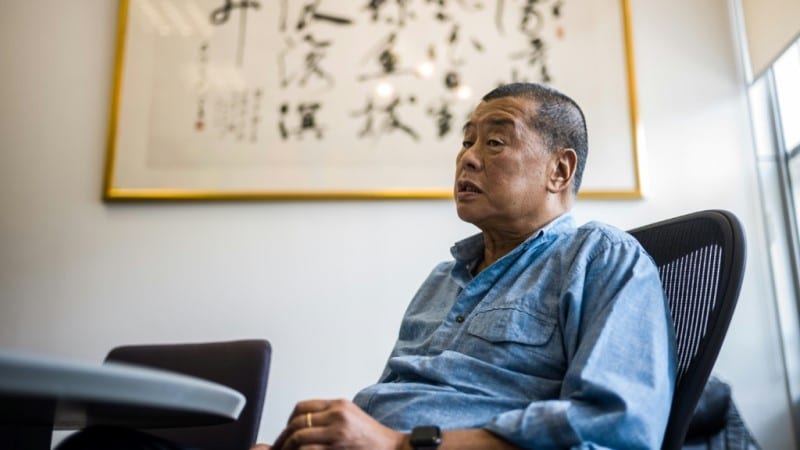 Hong Kong authorities on Friday announced they had frozen the assets of billionaire pro-democracy tycoon Jimmy Lai, including shares in his media publications, for breaching the city’s national security law.

The security bureau said it had issued an order to freeze Lai’s shares in Next Digital media group and “the property in the local bank accounts of three companies owned by him”.

A rags to riches billionaire, media tycoon Lai has long been a thorn in Beijing’s side thanks to his caustic tabloids and unapologetic support for democracy.

His Apple Daily newspaper has staunchly backed Hong Kong’s pro-democracy cause, including the huge and often violent protests that swept the international financial hub in 2019.

Lai, 73, was detained last year under a sweeping national security law that Beijing imposed on Hong Kong in a bid to stamp out those protests.

He was charged with “colluding with foreign forces” for allegedly advocating for foreign sanctions against Hong Kong and China’s leaders.

He was also convicted and jailed last month for taking part in the 2019 protests.

Lai’s two primary publications — the Apple Daily newspaper and the digital-only Next magazine — are outliers in a city where local competitors either support Beijing or tread a far more cautious line.

In a statement, Apple Daily said the asset freeze covered 70 percent of Lai’s shares in Next Digital, the parent company of his media empire, as well as “three bank accounts” held by the tycoon’s private companies.

“The group and Apple Daily’s operation and financial assets will not be affected,” the paper said.

The asset freeze comes as Chinese authorities roll out a relentless and successful campaign to silence dissent in Hong Kong.

The 2019 rallies often descended into clashes between riot police and a knot of hardcore participants, and posed the most concerted challenge to China’s rule since the former British colony’s 1997 handover.

Beijing imposed the sweeping national security law on Hong Kong last year, arguing it was needed to return stability and would not impact freedoms.

But its broad wording and subsequent application have criminalised much dissent and radically transformed a once politically pluralistic city.

Lai is one of more than 100 figures charged under the law. They face life in jail if convicted and few of those who are charged are granted bail.

Beijing has also unveiled a new plan — dubbed “patriots rule Hong Kong” — to politically vet anyone standing for office and reduce the number of directly elected seats in the legislature to a small minority.