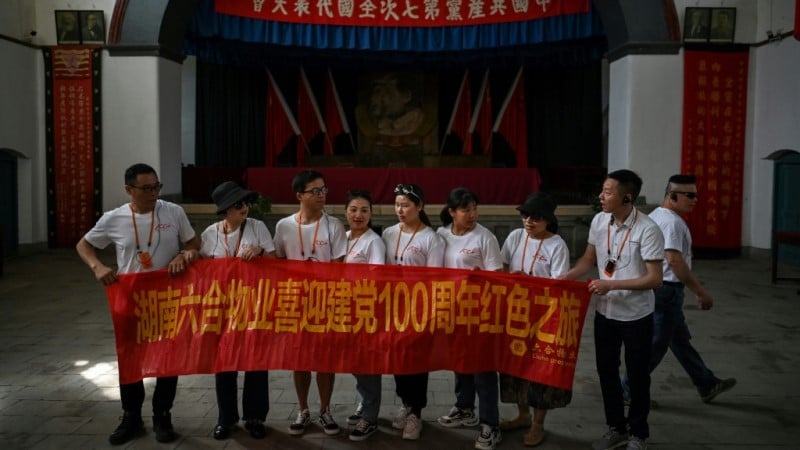 The ruling party, which celebrates the 100th year of its founding in Shanghai this July, has launched a propaganda blitz lauding its achievements over the past century in nurturing a poor, divided nation eviscerated by war into a global superpower.

The pomp is undiluted by the criticism from the West, where politicians, experts and business leaders warn of the party’s supersized ambitions and decry its human rights record.

In Yan’an, a western Chinese city that bills itself as a “Red Holy Land” where the party hunkered down in 1935 at the end of the Long March to build a revolution, thousands of tourists flock each day to the dark caves which Mao Zedong and his comrades made home. 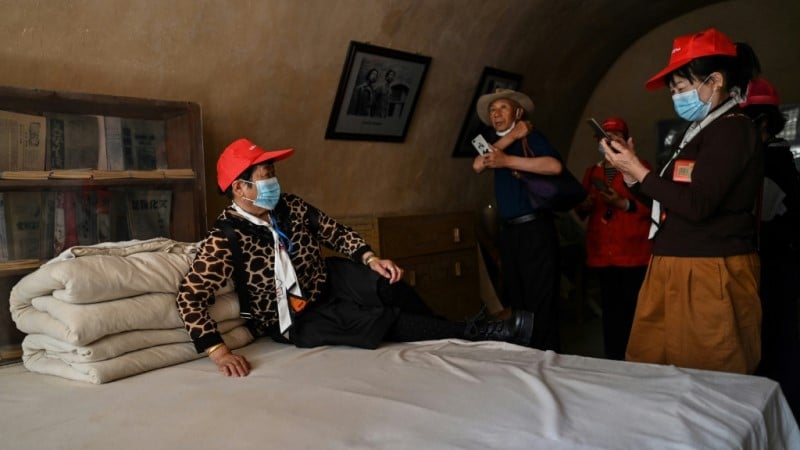 This picture taken during a government-organised media tour shows tourists at the former residence of Mao Zedong in Yan’an, the headquarters of the Chinese Communist Party from 1936 to 1947

Tourists come in large family groups or on tours arranged by their employers, including one group from Hunan who unveiled a banner in Chinese made for the centenary, declaring their employment at a property management company.

Zhang Zhenxing, a tech employee from Hebei on a company-organized trip, said he wanted to “experience how the revolutionary forebears achieved victory in such a difficult environment”.

“That they could build a new China under such difficulty was really not an easy feat, so I admire them deeply,” Zhang told AFP.

Foreign media including AFP have been invited on government-organized tours of sites including Yan’an and Jinggangshan — the “birthplace” of the Red Army — where local officials are keen to show off infrastructure and poverty alleviation efforts.

Officials in Yan’an repeatedly cited Edgar Snow, an American reporter known for his friendship with Mao in the 1930s, as a model for telling China’s story to the world, urging today’s foreign correspondents to follow his example. 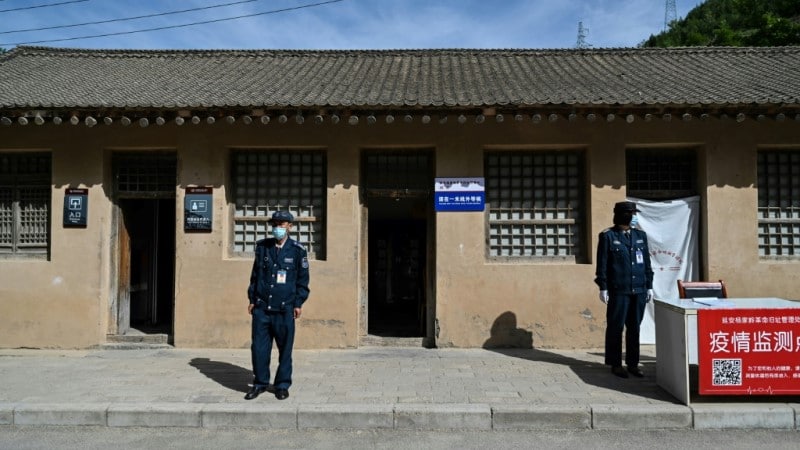 Guards stand outside a building during a government-organized media tour in Yan’an, a western Chinese city that bills itself as a ‘Red Holy Land’

China’s President Xi Jinping, who is also the general secretary of the Communist Party, has been on an image-making drive that puts his power and influence on a level comparable with Mao’s.

But in the age of tech and mass entertainment, his party has greater tools at its disposal to reinforce its narrative.

A blockbuster film, “1921”, starring A-listers in a reenactment of the Communist Party’s founding, is set to hit Chinese theatres on July 1, the official anniversary date.

“Outstanding” party members will receive a “July 1 Medal” at a grand ceremony in Beijing on the same day, state media reported.

The Communist Party of China has more than 91 million members, according to the official Xinhua news agency — many of them grassroots cadres and ordinary civil servants. 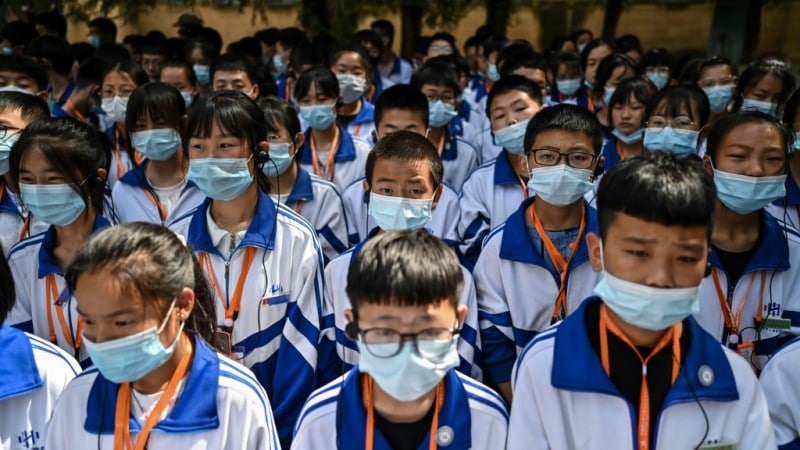 The Chinese Communist Party is marking its centenary year with a PR push including history outings, big-budget movies and media tours

That makes it the world’s second-largest political party, behind India’s Bharatiya Janata Party.

It is less keen, however, to draw attention to the past century’s darker chapters, including famine, the Cultural Revolution, and crackdowns on resistance movements.