US Calls on Hong Kong to Release Tiananmen Vigil Activists 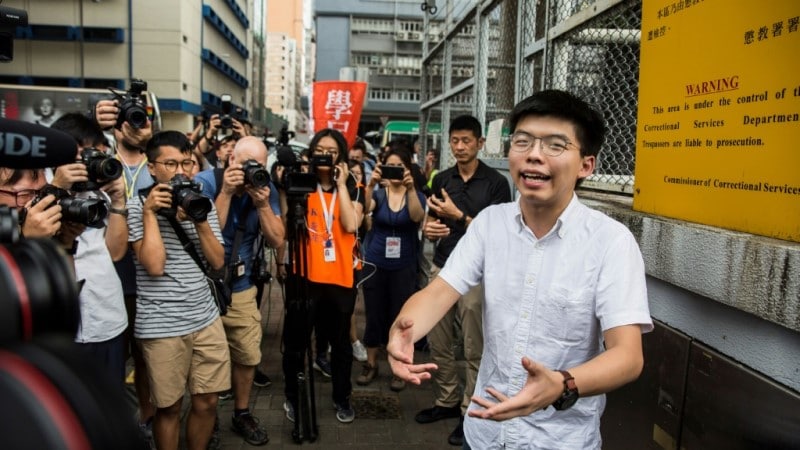 US Secretary of State Antony Blinken called for the release Friday of four Hong Kong democracy activists who were jailed for taking part in a vigil for victims of Beijing’s 1989 Tiananmen Square crackdown.

“The United States stands with the people of Hong Kong and rejects the sentencing of activists for attending a Tiananmen commemoration,” Blinken wrote on Twitter.

“All those imprisoned for nonviolent exercise of guaranteed freedoms should be freed immediately,” he added.

The United States stands with the people of Hong Kong and rejects the sentencing of activists for attending a Tiananmen commemoration. All those imprisoned for nonviolent exercise of guaranteed freedoms should be freed immediately.

For the past three decades, Hong Kong has marked the anniversary of Beijing’s deadly 1989 repression of protests in Tiananmen Square with massive candlelight vigils.

But last year’s event was banned for the first time, with police citing the coronavirus pandemic and security fears following huge democracy protests that roiled Hong Kong the year before.

Tens of thousands defied the ban and massed peacefully at the vigil’s traditional site in Victoria Park.

Since then, prosecutors have brought charges against more than two dozen prominent democracy activists who showed up at the vigil, the latest in a string of criminal cases that have ensnared the city’s beleaguered democracy movement.

Joshua Wong — one of the city’s most recognizable democracy activists, is currently serving 17.5 months in jail for two convictions linked to the 2019 demonstrations.

He was handed a consecutive 10 months of jail for the new conviction, which will start once current sentences are finished.

Wong, Shum and Yuen have also been charged under a new national security law Beijing imposed on the city last year to stamp out dissent. They face up to life in jail if convicted.