Yongchun county is now home to around 300 manufacturers, according to Chinese media,
employing more than 30,000 people

Dozens of workers toil through the night coating thin lengths of bamboo in herbs, spices and richly colored powders to create incense sticks that are spread out under the rising sun to dry.

It is an important time of year for the villagers of Yongchun county, a mountainous area of southeastern Fujian province that supplies much of the world’s incense.

Now, the clock is ticking with the approach of the Lunar New Year holiday later this month, when countless Chinese will pray and burn incense at temples and in traditional ceremonies.

The craft of producing incense runs deep in Dapu town, where Hong Zhongsen operates a family business passed down through the generations. 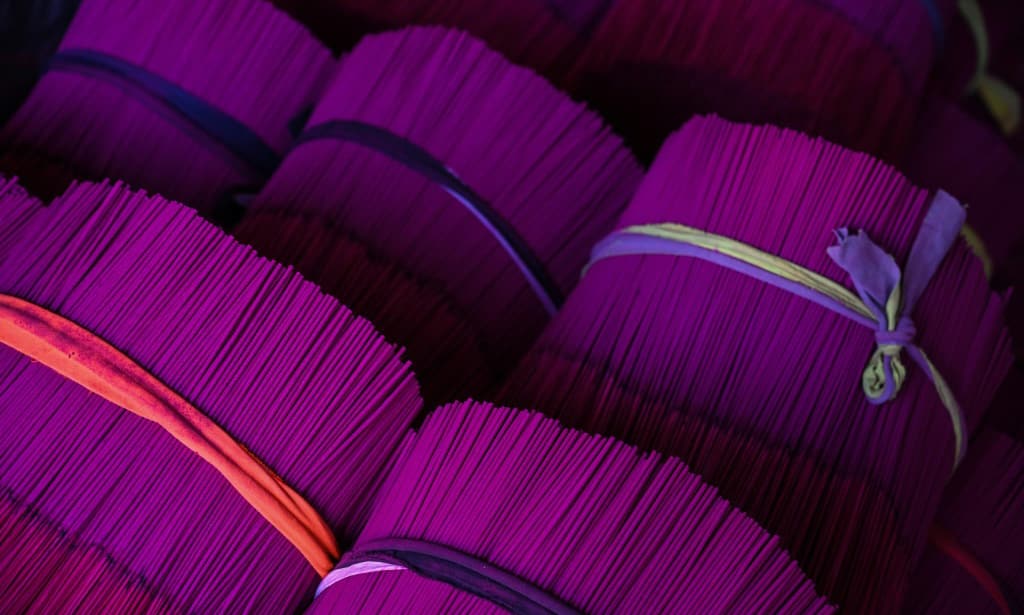 Finished incense sticks are bundled up at a factory in Fujian province, which supplies much of the world’s incense

“Making incense is very important for my family. It’s not just a business. It’s also to preserve an ancestral craft and a traditional religious culture,” said Hong, 31, standing amid rows of brightly colored incense sticks.

The area’s fortunes have long been tied to the nearby ancient city of Quanzhou, a key conduit for foreign trade for centuries.

It is believed that Arab traders brought incense to Yongchun, where the aromatic spices that they imported were combined with local bamboo. 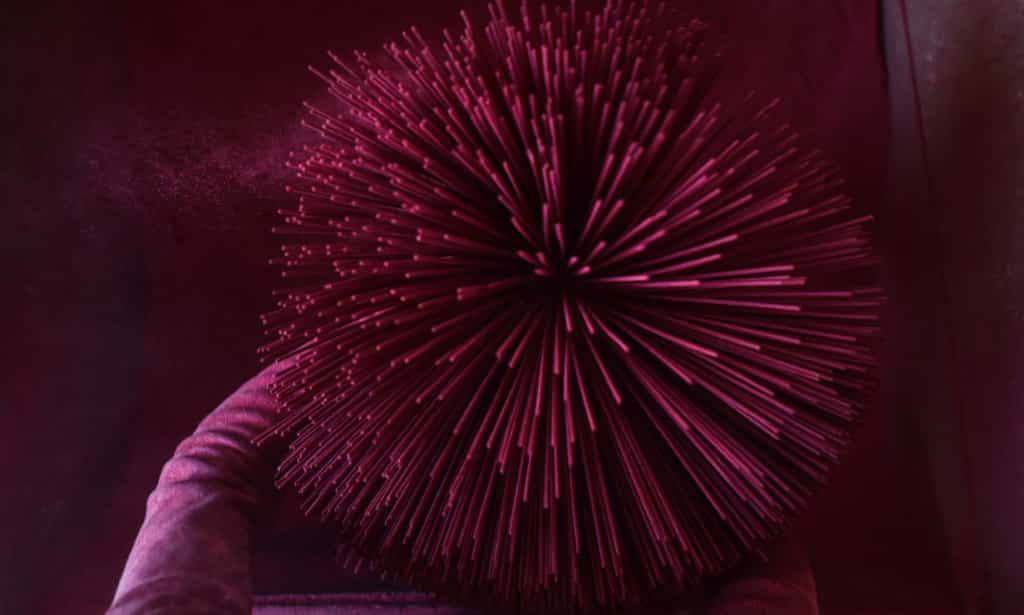 Yongchun county is now home to around 300 manufacturers, according to Chinese media, employing more than 30,000 people.

Locals claim that one in every three incense sticks sold in Southeast Asia is made in Yongchun.

A round-the-clock production process involves up to 18 separate stages during which bamboo sticks are coated in fragrant herbs and spices and then dusted with powders of deep purple, red and yellow.

The messy process also leaves workers looking as if they had been dipped in the colors themselves. 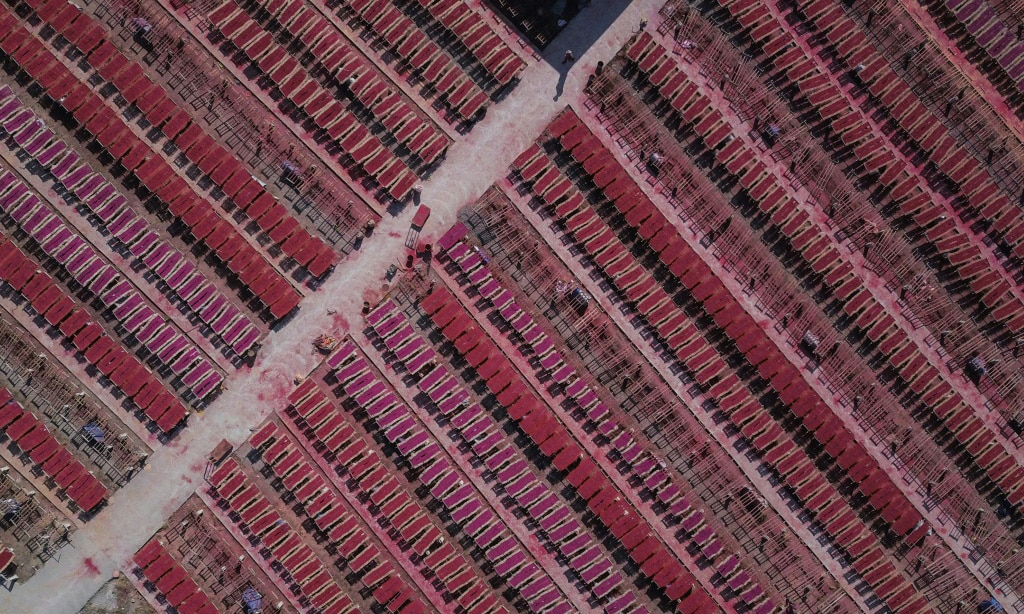 The sticks are then dried in the sun, a nerve-wracking step for workers like Li Xiuzhen, 57, due to the area’s changeable weather.

“I’m at the mercy of good weather,” she said.

Through three generations of tweaking, Hong’s family has arrived at a secret recipe for which it is well known.

Demand is growing in China and in Southeast Asian countries like Malaysia and Indonesia that have prominent overseas Chinese communities, as well as in Buddhist Thailand. 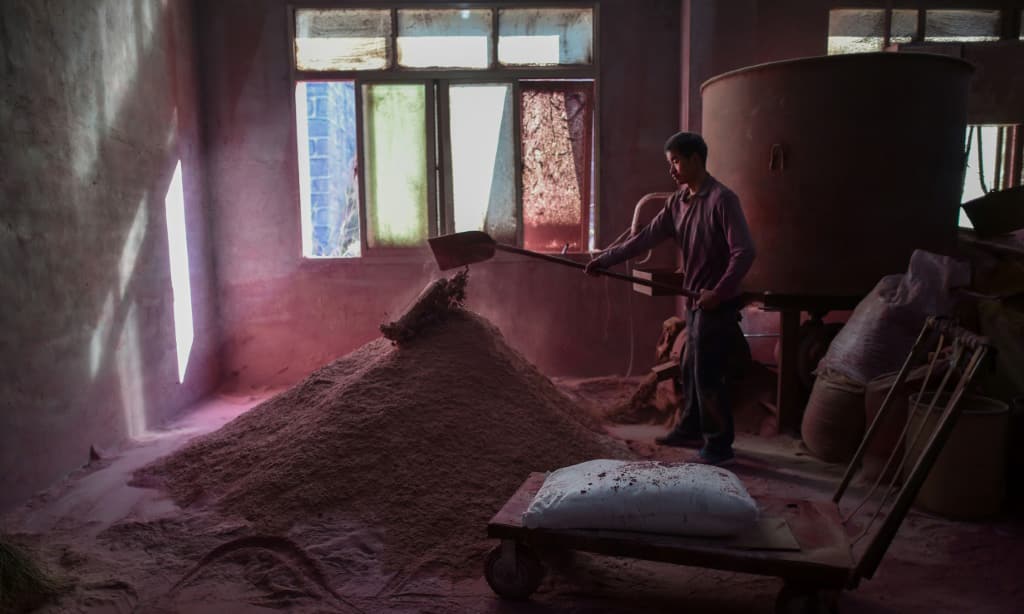 Demand is growing in China and in Southeast Asian countries like Malaysia and Indonesia that have prominent overseas Chinese communities, and in Buddhist Thailand

His production has increased fourfold in the past 15 years to millions of incense sticks per day, he said, necessitating the introduction of some automation to meet demand.

But he still insists on several steps such as dying and drying the sticks being done by hand using age-old methods to preserve quality.

“Yongchun incense is unique, with a special scent and texture. It’s an exquisite art, and a slight difference in production may change the overall quality,” Hong said. 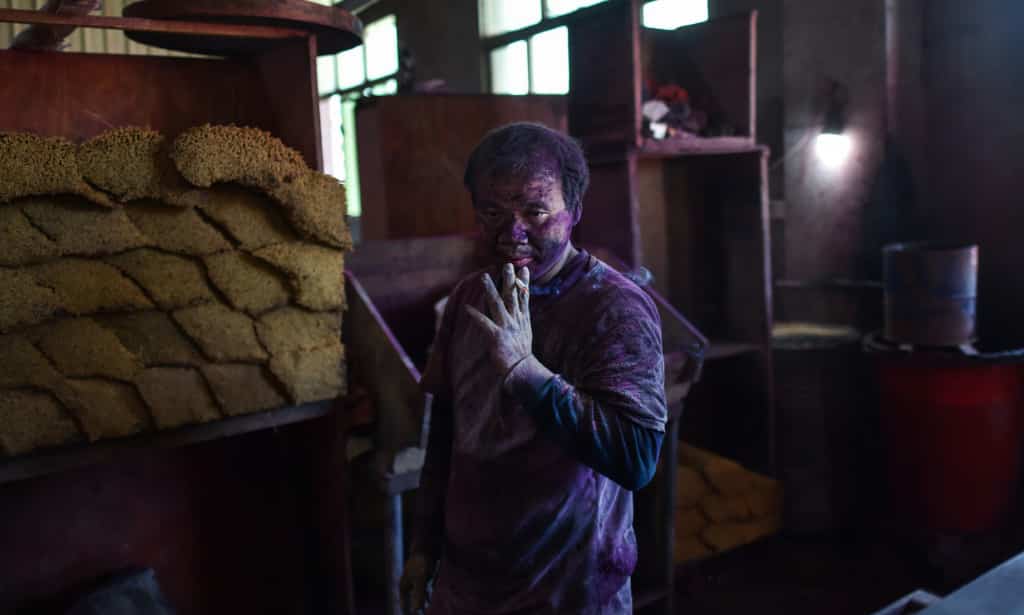 Production involves up to 18 separate stages during which bamboo sticks are coated in fragrant herbs and spices and then dusted with powders of deep purple, red and yellow

Hong, a Buddhist, says there is at least one Buddhist temple in every village in Yongchun and Quanzhou.

“Incense used for paying respects to Buddha is still the main type we produce as it’s a legacy of our forefathers.