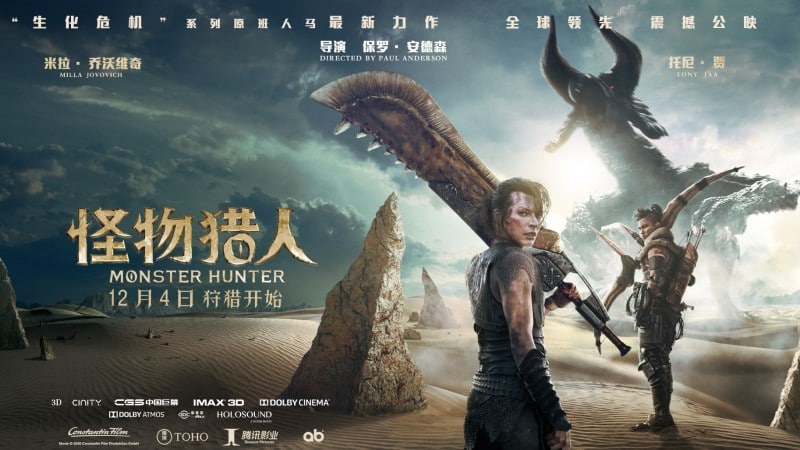 The fantasy action movie “Monster Hunter” has vanished from Chinese cinemas just days after its release, after a brief line of dialogue was targeted by local social media users as racist.

The movie, an adaption of a popular role-playing video game of the same name, premiered in China on Friday but quickly became embroiled in online controversy, the latest example of the sensitivities of operating in the huge but heavily censored Chinese movie market.

In the scene, a character played by Asian-American rapper and actor Jin Au-Yeung tells his companion, “Look at my knees!”

The white male character replies, “What kind of knees are these?” and Jin jokes, “Chi-nese.”

Criticism of the line went viral on Chinese social media over the weekend, with many saying it was racist and some calling for a boycott.

China’s censors do not as a matter of course announce when films are pulled, but following the controversy the movie disappeared from the country’s ticket-booking sites.

Entertainment news site Deadline.com said Constantin Film, a German company that co-produced the movie with Chinese tech giant Tencent and Sony Pictures, issued an apology on Sunday for the line of dialogue.

“There was absolutely no intent to discriminate, insult or otherwise offend anyone of Chinese heritage,” the company said, according to the site.

It said the line had been removed from the film.

Many users of China’s popular Twitter-like Weibo platform said they were offended by the apparent linking of “Chinese” with the symbolism of someone being brought to their knees.

“The lines may not be a big deal for westerners but in the Chinese context ‘knees’ has a humiliating connotation,” said one user.

No public statements from either Tencent or Sony Pictures on the movie or the controversy were seen as of Tuesday.

China has some of the world’s most restrictive censorship and the Communist Party’s Central Propaganda Department approves only a handful of foreign films for release each year.

Those that are approved sometimes screen with major cuts.