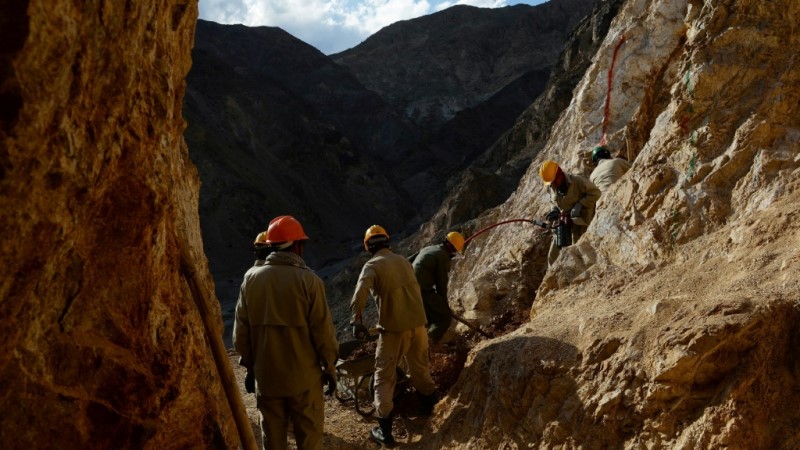 The Taliban now hold the keys to an untouched trillion-dollar trove of minerals including some that could power the world’s transition to renewable energies, but Afghanistan has long struggled to tap its vast deposits.

The Taliban are already in a financial bind since they returned to power 20 years after their ouster, as major aid donors halted their support for Afghanistan.

Endless wars and poor infrastructure have prevented the country from getting its hands on the metals that could brighten its economic fortunes.

The resources include bauxite, copper, iron ore, lithium and rare earths, according to a January report by the US Geological Survey (USGS).

Copper, which is needed to make power cables, became a hot commodity this year as prices soared to more than $10,000 per ton.

World demand for lithium is expected to grow by over 40 times by 2040, according to the International Energy Agency.

And Afghanistan “sits on a huge reserve of lithium that has not been tapped to this day,” said Guillaume Pitron, author of the book “The Rare Metals War”.

Afghanistan is also home to rare earths that are used in the clean energy sector: Neodymium, praseodymium and dysprosium.

The country’s untapped mineral riches have been estimated at $1 trillion by the USGS, though Afghan officials have put it three times as high.

Afghanistan has done better digging for precious stones such as emeralds and rubies as well as semi-precious tourmaline and lapis lazuli, but the business is plagued with illegal smuggling to Pakistan.

The country also mines for talc, marble, coal and iron.

While the Taliban’s takeover may deter foreign investors, one country that appears willing to do business with them is China.

The world’s second-biggest economy has said it was ready to have “friendly and cooperative” relations with Afghanistan after the Taliban entered Kabul.

The project to tap the world’s second-largest unexploited copper deposit has yet to start operations “due to safety issues”, according to Chinese state-run tabloid Global Times.

But Global Times cited a source at the group as saying that it would “consider reopening it after the situation is stabilized, and international recognition — including the Chinese government’s recognition of the Taliban regime — takes place.”

While Chinese leaders are “not enthusiastic” about the Taliban takeover, “they will not allow principle to stand in the way of pragmatism,” Ryan Hass, a senior fellow at the Washington-based Brookings Institution think tank, said in a blog.

“Beijing’s lack of development at its major investment in the Mes Aynak copper mine demonstrates its willingness to exercise patience in pursuit of return on investment,” he wrote.

He warned there is no certainty that Afghanistan will become a mineral El Dorado.

“For that, you need a very stable political climate,” Pitron said.

It can take as long as 20 years between the discovery of a mineral deposit and the start of mining operations, he said.

“No company will want to invest if there is no stable political and legal system,” he said.