Traders in Limbo after Escape From China’s ‘Shaking Building’ 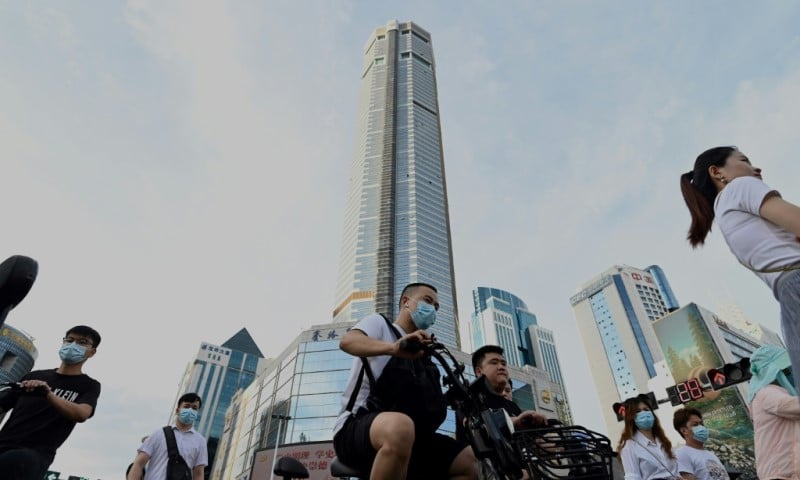 The SEG Plaza in the city of Shenzhen near Hong Kong began shaking last week, prompting the evacuation of the occupants and causing pedestrians to flee for safety

Business owners face uncertain prospects after being shut out of a skyscraper in southern China that started to shake unexpectedly last week and sent passersby running in panic.

The 300-meter (1,000-foot) SEG Plaza in the city of Shenzhen near Hong Kong began shaking last Tuesday, prompting the evacuation of the occupants and causing pedestrians to flee for safety.

Emergency management officials quickly ruled out a quake as the cause of the wobble in the tech hub’s Futian district, and a probe is ongoing into the cause.

One business owner told AFP he was on the fifty-third floor last week when the building started swaying.

“I saw something moved, (and) when I got up I saw everything moved,” said Arman Hasanpour, an Iranian businessman based in the building.

“After that we came out very fast.”

He said there has been “a few shakes” since the initial wobbling of the building, which was built in 2000.

“Now, we don’t know how to make business and how to cope with it… everything is not clear.”

The SEG Building on Monday was sealed off with red tape covering the entrances, AFP saw.

But a handful of business owners from the electronics market on the ground floor were rolling trolleys packed with taped-up goods out of the shuttered tower.

Across the road, an electronics trader surnamed Wang told AFP that he had heard people complain before that the skyscraper had swayed.

“But not as serious as this time,” he added.

The building’s owner has said it will remain closed until the cause of the swaying is confirmed.

So far, officials have found “no safety abnormalities” in the building’s structure or surroundings, the local government said in a statement.

Many locals appeared nonplussed on Monday, with crowds of pedestrians and office workers walking past the skyscraper — a far cry from online footage last week that showed panicked shoppers sprinting away from the building.

“They’re solving the problem,” shrugged one trader selling electronic cigarettes opposite the tower.

But others are still speculating whether the building will reopen.

Building collapses or accidents are not uncommon in China, often linked to lax construction standards or corruption.

But an incident at one of the city’s tallest buildings has drawn speculation and attention.

“I saw people running across, and I was wondering what happened, then I saw the building was shaking on top,” reflected an electronic cigarette trader surnamed Fang.

“No matter how it falls it’ll be really dangerous. It’s so tall and there are so many people.”