Travel Within China is Permitted Only if Tracker App Lights Green 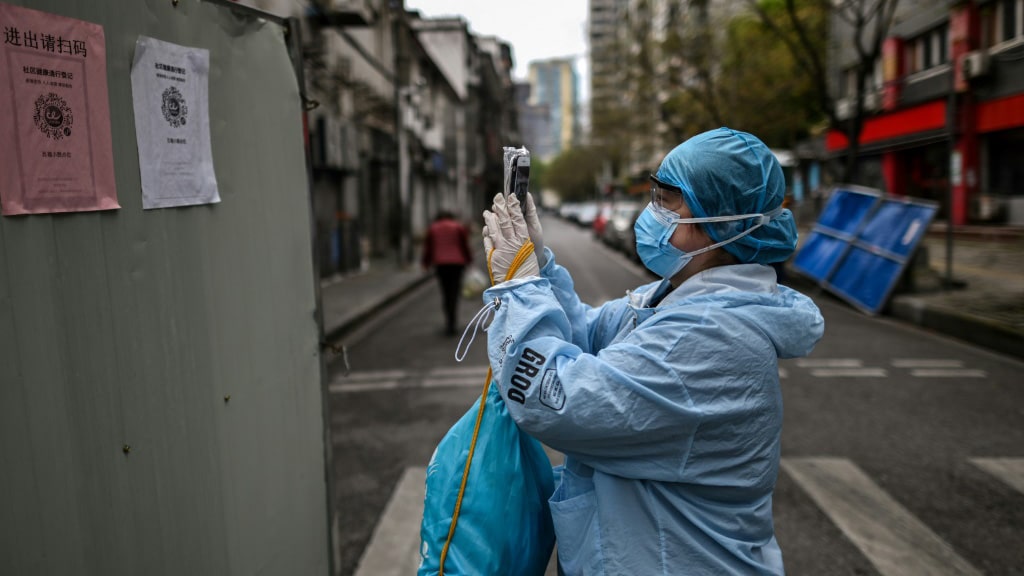 To enter many offices, restaurants, parks or malls in China nowadays, people must show their status on an app that determines whether they are a coronavirus threat.

There is often a moment of tension before opening the app on arriving at a location.

A green light lets you in anywhere. A yellow light could send you into home confinement. The dreaded red light throws a person into a strict two-week quarantine at a hotel.

Such controversial use of technology has raised alarm in Europe as countries including Britain, France and Switzerland look into launching their own apps to trace infections.

But use has mushroomed across China, where the government keeps a close eye on the population and collects troves of personal data. Many Chinese people say they are happy to cooperate for the greater good.

“We are in a special context with this epidemic, so divulging my movements doesn’t bother me,” said Debora Lu, a 30-year-old Shanghai resident. 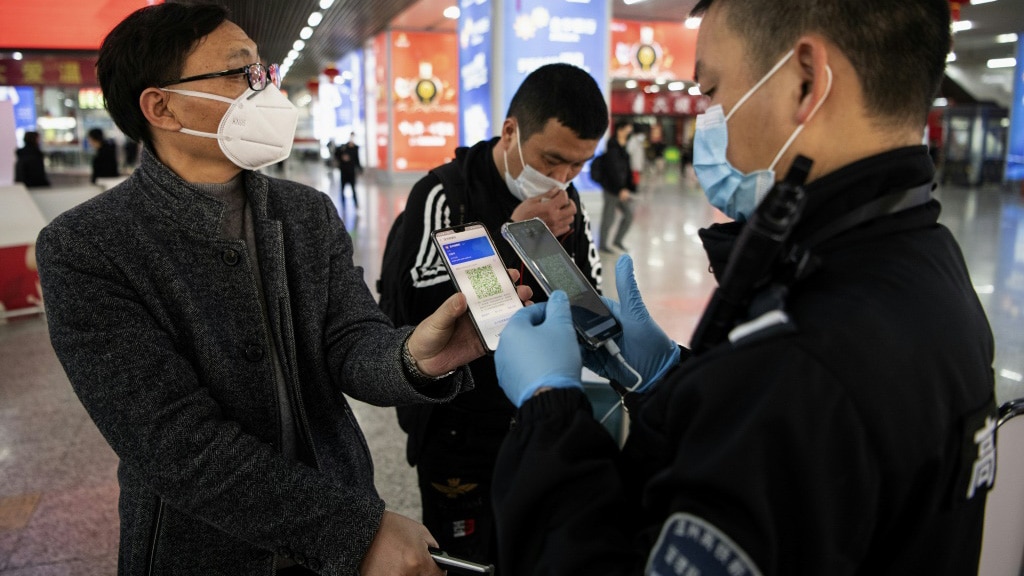 There is more than one tracking app in China.

An app by the State Council, China’s cabinet, uses GPS locations shared by telecommunications companies — the kind of data sharing that might not be permissible in Western democracies.

It allows authorities to look back at someone’s travel history in the previous 14 days and see if they visited areas considered high risk or were exposed to anyone with COVID-19.

The app appears to have had some glitches. The health code of many foreigners in China inexplicably turned yellow one day in April. When an AFP reporter encountered a similar issue more recently, the app turned green again after he turned it off and on several times.

Other applications do not use GPS data but rely on a host of alternative information.

The capital Beijing has a “Health Kit” program that displays whether people have taken a train or plane, passed a road checkpoint into the city or have been tested for the virus.

Police, health authorities and neighbourhood committees that are ubiquitous in the communist-ruled country feed information into the software.

Otherwise, all the apps basically work in the same way.

After downloading the app, users enter their name, identity card number, telephone number and sometimes a photo. The program then gives the person a coloured health code.

The apps have become a necessity for travel in China, to book train or plane tickets or enter many public places, though not all establishments require them, such as supermarkets. 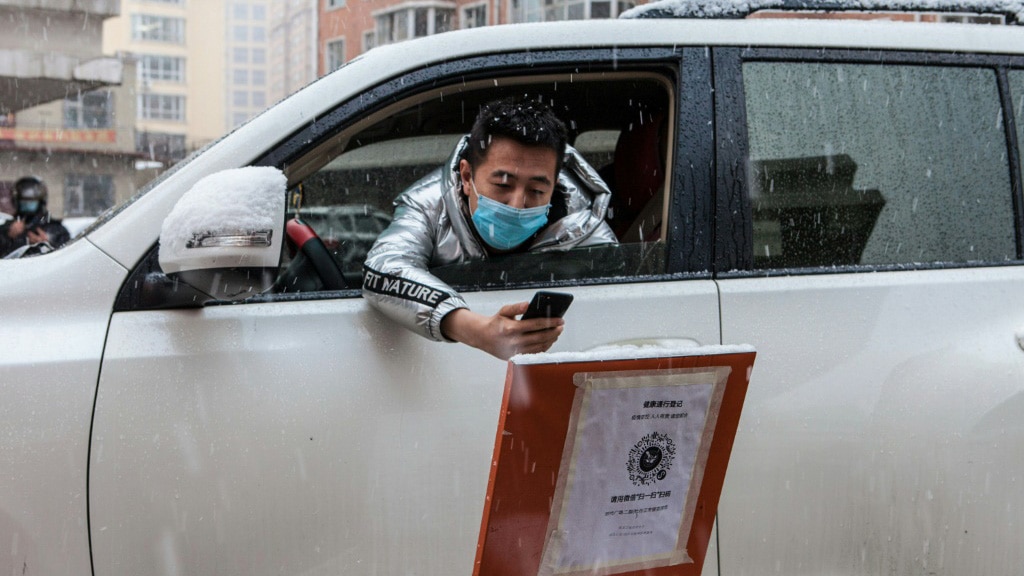 A driver scans a QR code to register information before entering a community in the border city of Suifenhe, in China’s northeastern Heilongjiang province

Beijing’s city government insists the apps “are only used in the fight against the epidemic” and have access to just surnames and the last two digits of ID numbers.

“There is a difference between Chinese and Western culture,” said Cui Xiaohui, a professor at the big data analysis and AI research center at the University of Wuhan — the city where the virus first emerged late last year.

“Most Chinese people are ready to sacrifice a little bit of their private life if it is really for their health,” Cui said.

“We are already super-connected and there is no debate on the use of geolocation,” said Li, a Shanghai resident whose app was red when he returned from a trip to France and turned green once his two-week quarantine ended.

It is not so simple in European democracies.

The Swiss government’s original plans to roll out an app were thwarted by parliament, which decided it needed a proper legal basis to press ahead.

If approved, the Swiss app will be optional and no personal data or location information will be used, the government says.

In France, the StopCovid app being developed would allow users who become sick to anonymously alert people they may have come across. It would not use GPS location technology.

“China doesn’t have specific laws or regulations yet on the protection of personal data,” said Zhou Lina, a professor specializing in data protection at the Beijing University of Posts and Telecommunications.

But the country has other legislation, including a cybersecurity law passed in 2017, that partially covers the issue and curbs abuses by companies online.

“Government access to information is not held to the same standards and the law assumes that internal checks are sufficient to stop government abuses,” Daum said.