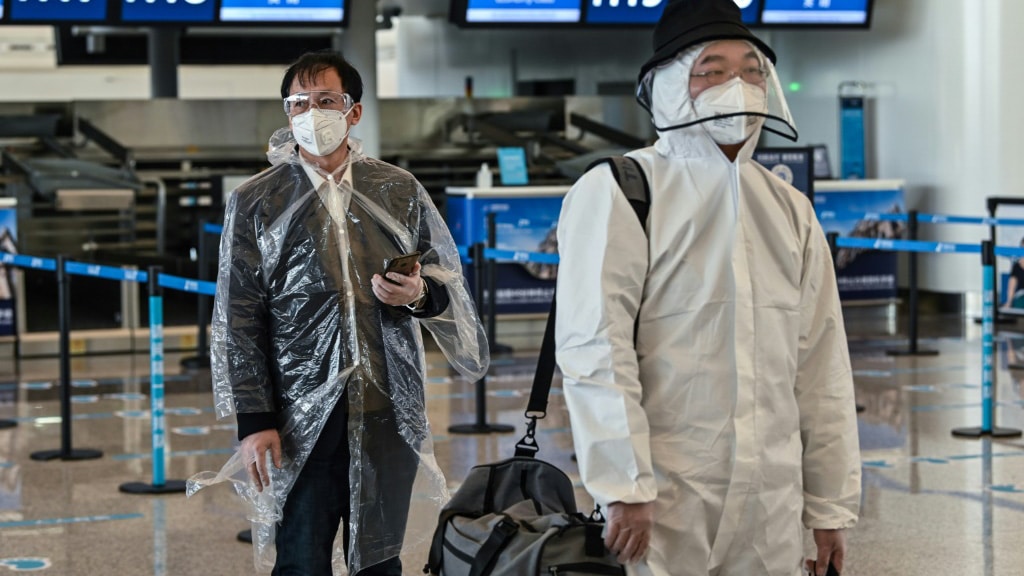 Despite finally being allowed to leave the city, some Wuhan residents face hostility when they return to workplaces elsewhere in the country

Wuhan is waking from its coronavirus nightmare, loosening tight restrictions on movement and business as the global pandemic’s launchpad tries to move on.

But full recovery remains hampered by fear of a potential new wave of infections.

Many businesses and all schools are still closed, restaurants aren’t allowed dine-in customers, and some neighborhoods remain sealed off behind barriers. 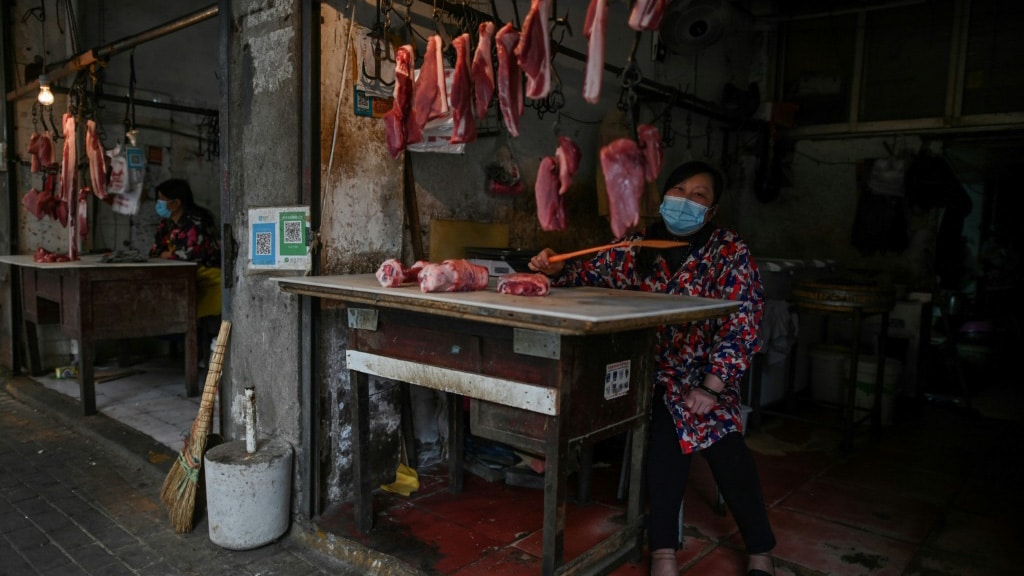 A woman tends her meat stall in Wuhan, where the coronavirus started. Life is slowly returning to normal in the city, but fears remain

Residents need to show they have a “healthy” rating on a mandatory phone app to leave their homes, use public transport, or enter most public spaces.

“When people come out, infections will probably rise. I’m really afraid of this,” said “Ah Ping”, a nickname.

The 43-year-old, who declined to give his full name, also worries about getting his life restarted.

He paid his salon’s quarterly rent of 15,000 yuan ($2,100) in full just before Wuhan was locked down on January 23. Now another rental payment is due. 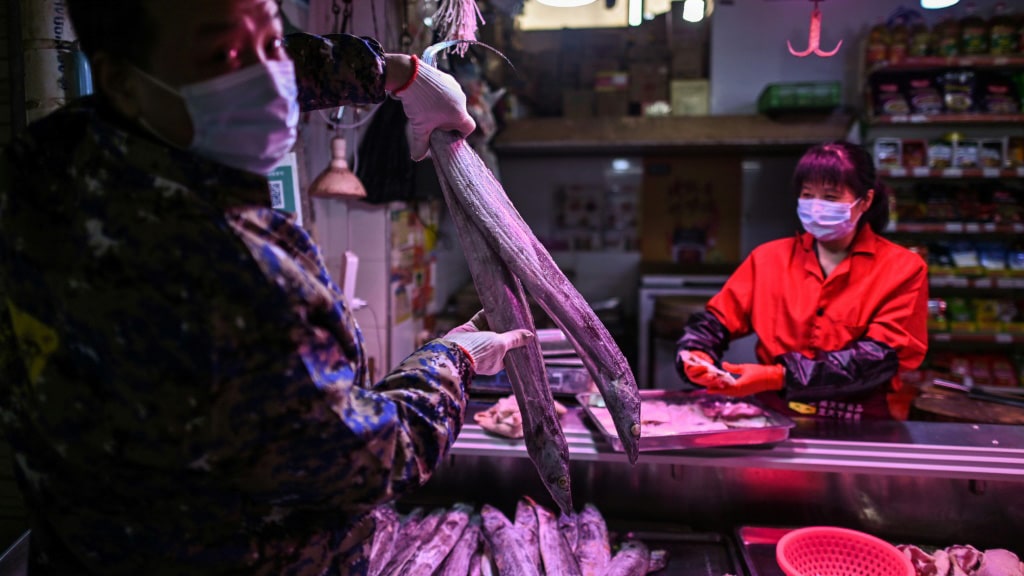 A man buys fish at a market stall in Wuhan, which is slowly returning to life after more than two months of near total lockdown

While many other Chinese cities are getting back to near-normal, Wuhan’s government has made clear that easing controls poses new perils and that a return to usual life will have to wait.

In some areas, it’s been two steps forward, one step back.

The government has suggested the status revocation was due to the discovery of asymptomatic cases.

China initially withheld numbers of asymptomatic cases — people who test positive but show no symptoms of COVID-19, the pneumonia-like illness caused by the virus.

It said on Thursday that the country now has over a thousand such patients under medical observation — with 674 of those in Hubei, where Wuhan is the provincial capital.

Chinese officials have said the virus emerged from wildlife sold for food at a local wet market.

A 59-year-old shopkeeper who gave only her surname, Zhou, has reopened her little store, but says people are too scared to come out and shop.

Dancing outside the shop to get the blood flowing, Zhou said she also fears moving around the city, rarely going out and only for essentials while wearing protective clothing, mask and gloves.

“It’s really hard now. I know some people who have been infected. It’s really scary,” she said.

Traffic has picked up after a ban on leaving the city was lifted on Wednesday, but vast numbers of businesses remain closed and plastic barriers in streets hamper movement.

“The ban is not lifted, not in residential compounds. There’s not much change,” Zhou said. 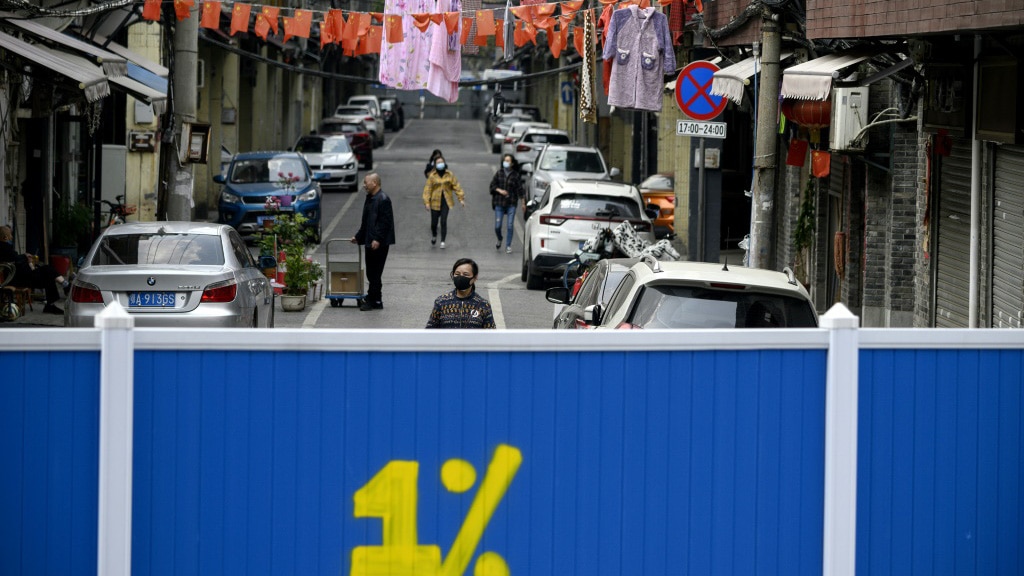 Some residential areas in Wuhan are still barricaded off to outsiders

Daily new infections in Wuhan are now down to zero on most days, but suspicions linger over the data publicized by the secretive ruling Communist Party that stands accused of a slow response to the outbreak, cover-up attempts, and moves to silence domestic critics.

Many residents are still unable to leave their homes due to the mobile phone health code system which tracks if where they live or have visited remain high-risk.

This hinders movement back to prosperous coastal regions where many Wuhan citizens work, a major income source for their families.

The welcome in those industrial zones is fraying.

Wuhan travelers face mandatory 14-day quarantines upon returning to some areas, and web-users in places such as Shanghai have expressed fear and outrage at the prospect of people returning from Wuhan. 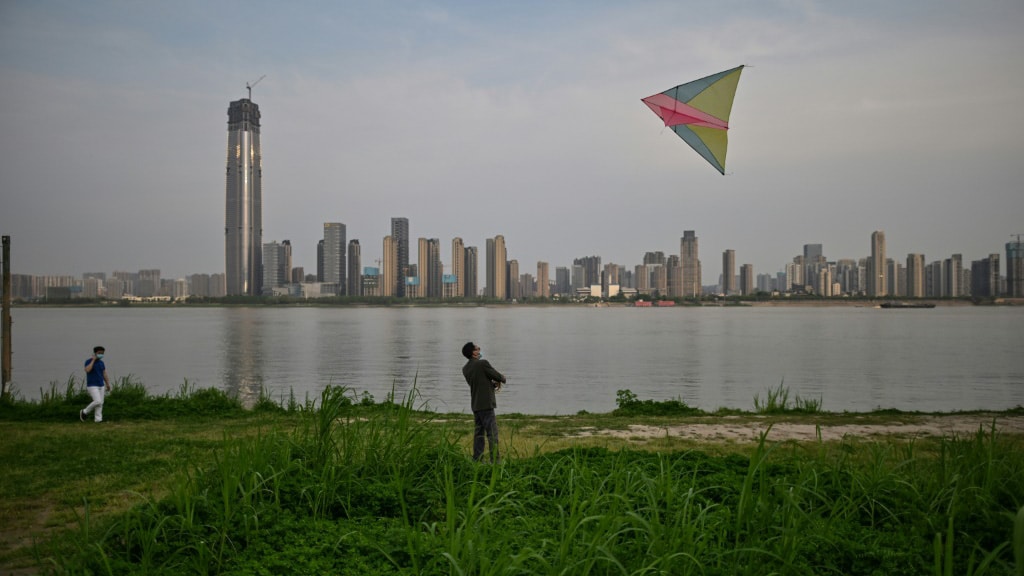 A delayed recovery will add to the suffering of people like Hao Mei.

When the lockdown came the 39-year-old was in Wuhan working odd jobs, so was forced to leave her son and daughter — aged 14 and 10 — at home in Enshi, around 550 kilometers (340 miles) away.

“It was very difficult because I’m a single parent,” she said, adding that at first she cried every night.

“The pressure is very big.”

She is now heading back to Enshi, but with no family support the future is dim.

“I’ll stay home for three days at most. If I don’t earn any money, I can’t keep my kids alive.”