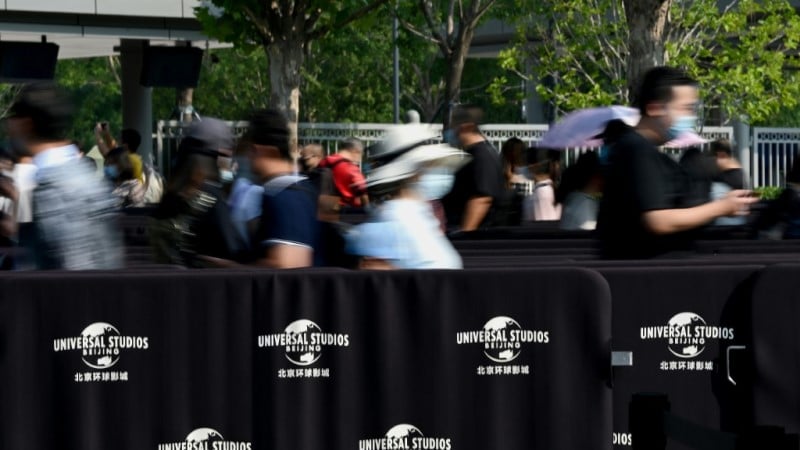 Visitors got a sneak peek at Universal Studios’ first theme park in China on Wednesday as the Beijing attraction had a soft opening, drawing queues from dawn.

The park hosts rides inspired by blockbuster film franchises including Harry Potter and Jurassic World and is part of a larger Universal-themed resort that includes two hotels and a shopping street.

Liu Muhan, a 26-year-old university lecturer who dressed up in a witch costume for the occasion, said she was looking forward to the Harry Potter-themed area and felt lucky to get in.

“I’ve been a hardcore Harry Potter fan for more than 20 years,” Liu told AFP. “I’ve wanted to come here for a long time.”

The Beijing attraction, the US media conglomerate’s fifth park globally, was first announced in 2014 after receiving approval from Chinese authorities.

The city has since opened a dedicated subway station for the park.

Searches for the theme park on the popular Ctrip travel booking site soared more than 800 percent on Monday after the opening date was announced, state media reported.

The park is expected to see a surge of visitors during the upcoming week-long National Day holidays in October, as pent-up tourism demand from a summer marred by Covid-19 lockdowns spills into autumn.

Visitors on Wednesday were required to declare they were not experiencing any Covid-19 symptoms and had to go through temperature cameras to enter.