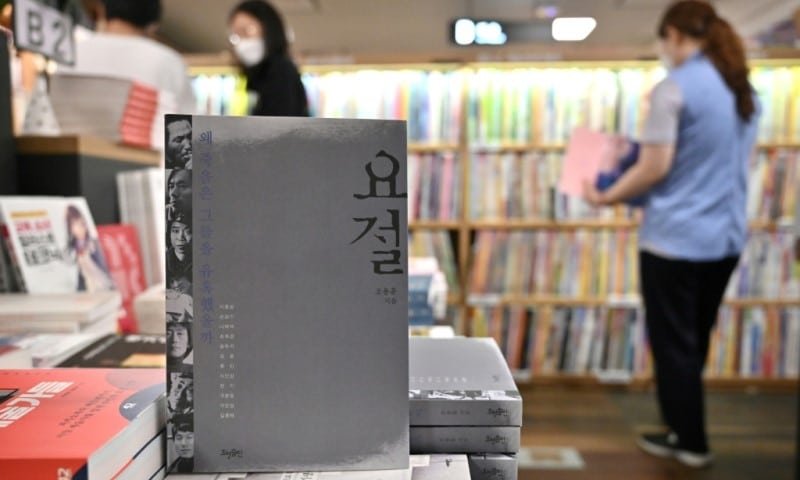 The book, titled ‘Early Death’, has become a bestseller in South Korea

The leader of K-pop sensation BTS has turned an out-of-print book into a bestseller in South Korea in just days, as fans flocked to get a copy after he was seen reading it.

The trailblazing septet have reached global superstardom, with their single “Dynamite” entering the Billboard Hot 100 at number one last year, making them the first South Korean act to top the US chart.

A video released in August showed the group’s 26-year-old leader RM eating a bowl of noodles with a book titled “Early Death” on the table next to him.

The book, which has been out of print for more than 10 years, is about the lives and work of a dozen Korean artists who passed away at a young age.

The boy band’s fans, who are known as ARMY, besieged the book’s publisher Hyohyung Books trying to obtain copies, and within days the firm announced a re-publication.

“Now ‘Early Death’ has gained a new life and will be reprinted for the first time in 18 years,” the publisher said on its Instagram account, adding: “RM and ARMY, thank you.”

Sales have soared and it was the bestselling book in the art category last week, according to South Korea’s largest bookstore chain Kyobo Book Centre.

RM is known to be an avid reader and has previously recommended books to his fans.

Earlier this year, a book by a conceptual artist titled “The Other Side of Things” sold out across the country a day after RM shared two photos of it online.