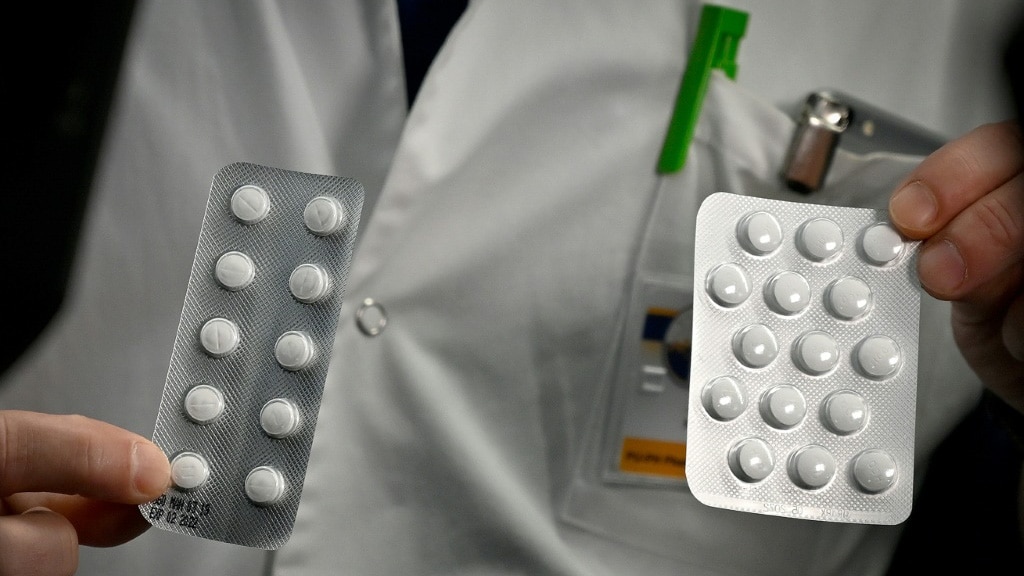 Around the world, countries are expanding access to hydroxychloroquine (HCQ) and chloroquine (CQ), related compounds that are synthetic forms of quinine, which comes from cinchona trees and has been used for centuries to treat malaria.

HQ which is the less toxic of the two, is also used as an anti-inflammatory to treat conditions like rheumatoid arthritis and lupus, purposes it is primarily known for outside the tropics.

The medicines have shown early promise against the COVID-19 illness in early studies in France and China, which led US President Donald Trump this week to call them a “gift from God” — even as experts urge caution until bigger trials validate their effectiveness.

Here is what you need to know. 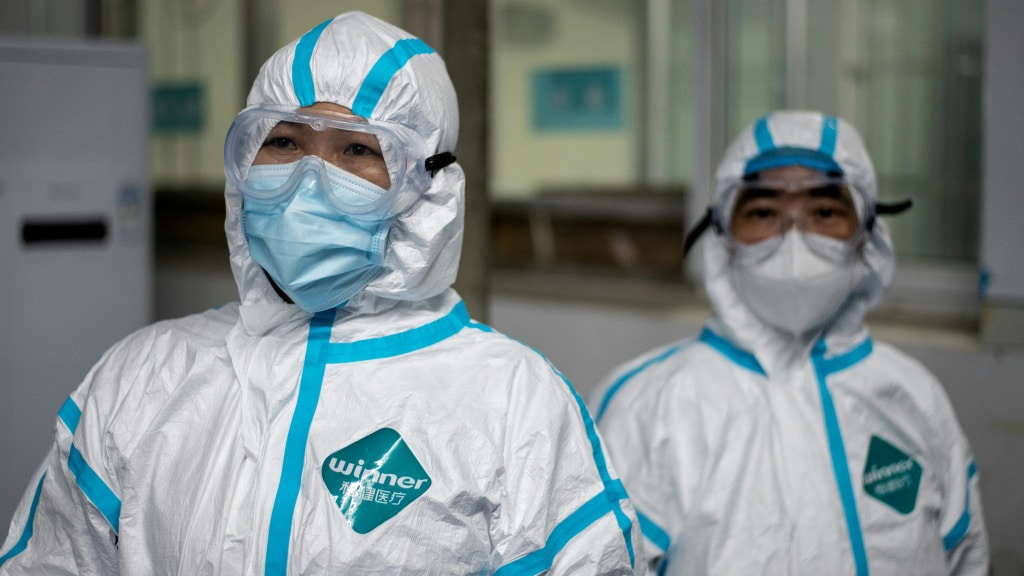 Medical workers wearing hazmat suits as prevention against the COVID-19 coronavirus at work at the Huanggang Zhongxin Hospital in Huanggang, in China’s central Hubei province

China used CQ on a trial of 134 patients in February, finding it was effective in reducing the severity of the illness, according to officials.

But these results haven’t yet been published. Chinese respiratory expert Zhong Nanshan, who leads a government task force in response to the epidemic, said in a press conference last week that the data would be widely shared soon.

In France, a team led by Didier Raoult of the IHU-Mediterranee Infection, Marseille reported last week they had carried out a study on 36 COVID-19 patients, finding that HCQ drastically reduced the viral load in a group which received the drug.

The effects were especially pronounced when it was used with azithromycin, a common antibiotic used to sweep out secondary bacterial infections.

What’s more, HCQ and CQ drugs have been proven to act against the SARS-CoV-2 virus in lab settings, and a paper published by a Chinese team last week in Cell Discovery offered a potential mode of action.

Karine Le Roch, a professor of cell biology at the University of California, Riverside, explained that both HCQ and CQ are weak bases that elevate the pH of parts of human cells called organelles — which are analogous to organs in animals — and which are normally acidic.

This, in turn, interferes with the virus‘ ability to enter the cells — and also seems to block them from replicating once they are already inside.

But, she added: “While it worked in vitro, I am still waiting to see published results of large blind clinical trials demonstrating the efficacy of HCQ in vivo,” she told AFP. 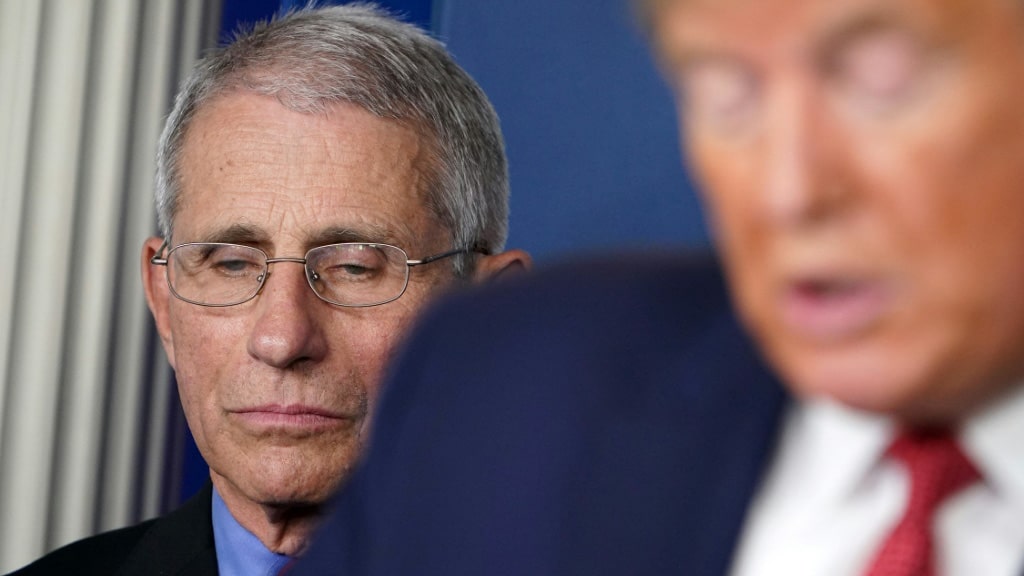 The small studies carried out so far amount to “anecdotal” evidence, said Anthony Fauci, head of infectious diseases at the US National Institutes of Health here with President Donald Trump

The Case for Caution

Promise doesn’t mean proof, and the small studies carried out so far amount to “anecdotal” evidence, according to Anthony Fauci, head of infectious diseases at the US National Institutes of Health.

What’s more, a small Chinese study on 30 patients that was also published this month found HCQ was no better than standard care — meaning treating the symptoms via bed rest, fluids and so on — adding a note of caution to the discourse.

The only way to know for sure is to carry out randomized clinical trials, scientists say. Such experiments are considered the gold standard in the field but last months or years and involve thousands of patients, often from around the world.

Patients are assigned at random to either receive the drug under investigation or a placebo, and the studies are “blinded” meaning the participants and their doctors are unaware which group they are in, to further reduce bias.

“One of the unintended consequences are drug shortages of chloroquine, for people that need to manage their rheumatoid arthritis, for example,” Peter Pitts, a former commissioner of the Food and Drug Administration told AFP.

A few countries are taking a cautious approach. Spain, for example, announced Monday said that “until further notice” these arthritis and lupus patients would be given priority access to the drug.

French Health Minister Olivier Veran meanwhile said the compounds can be used only to treat the most severe cases of COVID-19.

Another problem is that people may try to self-medicate. A US man from Arizona died this week after ingesting a form of chloroquine intended to fight aquatic parasites.

Several countries have now embarked on clinical trials, including the United States, where one began in New York this week.

Italy is carrying out a trial on 2,000 people, while scientists are also awaiting the results from bigger trials in China.

But while the drugs are being rolled out for compassionate use, it is critical to bear in mind safety precautions.

About one percent of people are at high risk of blackouts, seizure or even sudden death from cardiac arrest because of heart rhythm issues they may themselves be unaware of, Michael Ackerman, a genetic cardiologist at Mayo Clinic told AFP.

Medical teams must therefore perform electrocardiograms to inform their risk analysis before using these medicines, he said.

“All focus is placed on the hope for therapeutic efficacy of these medications, without any reasonable amount of respect, not fear, but respect for what the potential side effects of these very powerful medications are,” said Ackerman.